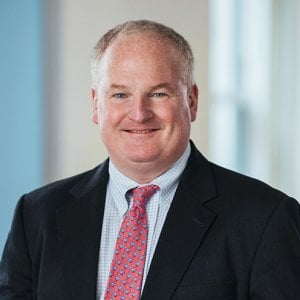 Latin tends to dominate the finer points of legal prose.  In fact, nothing can silence a room faster than a bombastic barrister who tosses an ipse dixit into an unsuspecting gathering of layfolk. But in these troubled times, we need to look to a French phrase as the coronavirus spreads into the foundations of our legal and commercial relationships:  the force majeure clause.  The term roughly translates from French into “superior force,” and when included in a commercial agreement, it can excuse the parties from performing their obligations upon the occurrence of an unforeseen event.

Many, if not most, Anglo-American commercial contracts have force majeure clauses. In the words of one venerable American legal treatise, a typical one might read as follows: “The parties’ performance under this Agreement is subject to acts of God, war, government regulation, terrorism, disaster, strikes (except those involving [a party’s] employees or agents), civil disorder, curtailment of transportation facilities, or any other emergency beyond the parties’ control, making it inadvisable, illegal, or impossible to perform their obligations under this Agreement. Either party may cancel this Agreement for any one or more of such reasons upon written notice to the other.”  30 Williston on Contracts § 77:31 (4th ed.)

So as the coronavirus spreads and a nervous world starts cancelling everything from cruises to banquets, parades, semesters, conferences, and birthday parties, it makes sense to review the fine print of written agreements, inasmuch as it might well set forth the specifics of one’s various contractual commitments. Is there an “act of God” or force majeure provision that lets the parties walk away from their contractual obligations?

A lot will depend on the language of the agreement itself. Was a pandemic included in the reasonable contemplation of the parties when the contract (and any force majeure clause) was negotiated and signed? Probably not, but the clause may enumerate a variety of intervening events that would excuse the parties’ performances under the agreement. What if there is such a list, but “pandemic” is not included in included on it?  Good lawyers will make good arguments on both sides of that coin.

This is the third global outbreak of serious magnitude in the last 20 years.

When was the agreement drafted and what is it for?  This is the third global outbreak of serious magnitude in the last 20 years. SARS went “viral” in 2003 and the “H1N1” virus spread globally in 2009, and there have been other, more localized outbreaks of other potentially threatening diseases in between.  Do those antecedents mean that commercial parties reasonably anticipated the possibility of a pandemic happening again now?  So much so that the parties would exclude a potentially cataclysmic outbreak from a force majeure clause?  Again, probably not, but parties will need to review the specific language of their agreements to determine whether there are any such potentially troublesome carve-outs.

And what if the coronavirus causes addled decision-makers the world over to make decisions that make compliance with existing commitments a lot more difficult, but just not impossible?  Unfortunately, this is one of those gray areas that the law frequently punts to a judge or jury to decide.  There are no easy answers, and the facts of each party’s “frustration of performance” will need to be carefully reviewed, discussed, and negotiated.  Most of the time, reasonable people will come to a reasonable result and find a compromise short of litigation.  And fact-finders might not be likely to take kindly to a stickler seeking to enforce draconian contractual terms that, when considered with all the factual circumstances, would lead to an unjust result.  But those outcomes are hard to predict.

At a minimum, parties should review their contractual force majeure clauses and be prepared to negotiate realistic compromises.  In the meantime, may the force majeure be with you.

Edmund M. O’Toole is a partner in the Commercial Litigation Practice in the New York City office of Venable LLP. For more information, visit www.Venable.com.