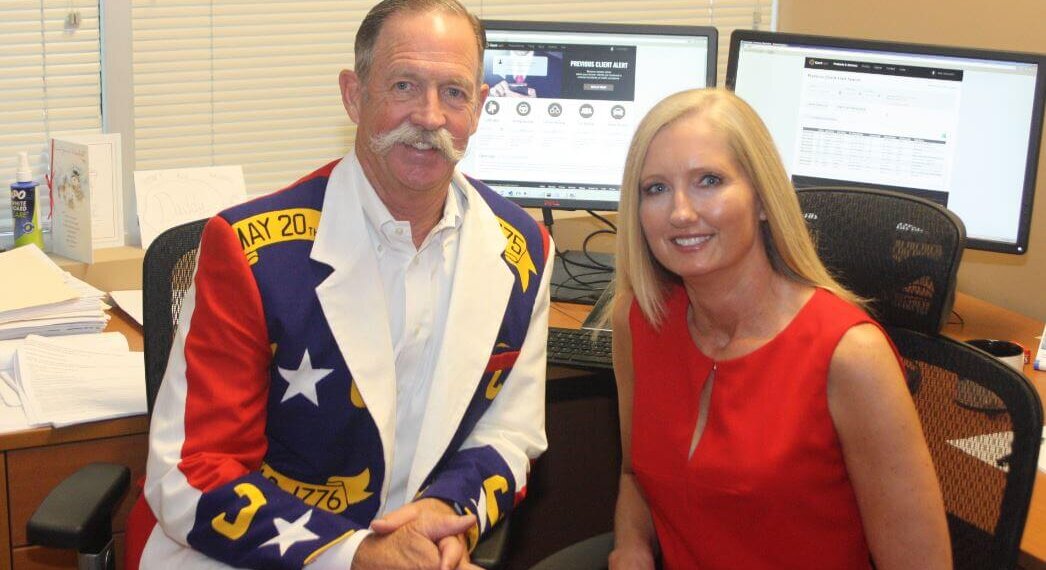 Boo.com was launched during the height of the dot-com era with $135 million. It flopped 18 months later. CourtLogic. com (originally 4NCrecords.com.) was launched at the around the same time, with $200, and it’s still around. The Fuquay-Varina company has been a successful dot-com because it defined a market and developed products to help attorneys with marketing and research.

Let’s Start a Dot-com In 1999, after 20 years working as a deep sea diver in the Gulf of Mexico and running a log salvage and sawmill business, CourtLogic president and cofounder, Lee Lloyd, started looking for something else to do.

“An old surfing buddy of mine who was a bail bondsman in Raleigh came to me with a good idea. He said we’ll start a dotcom.” The state had just started allowing remote, public access to court data, and he knew about it,” Lloyd said. “So I flew up to North Carolina, we went over to the Secretary of State’s office, filed our articles of incorporation, put $200 in the bank and started a dot-com.”

Using Public Court Records What the company did was develop a Web application for online access to North Carolina civil and criminal data, giving attorneys, investigators and insurance companies multiple ways to access and track the research they performed for their clients. Over the years CourtLogic has remained a leader in their field by staying in constant contact with their customers and developing new products and services that help them save time and money.

The company just rolled out a next generation product called Previous Client Alert, a spinoff of their VPSalert product, a monitoring service that was piloted by the Department of Community Corrections in 2007 and featured in the N&O’s series “Losing Track” in 2008. The alert service uses court data and accident reports to identify an attorney’s previous clients.

“If there is a match we send an email alert to that attorney, who can then login and see the details of the case,” said Vice President Sarah Price. “Being able to send that previous client an email or give them a call is extremely important. This gives attorneys the opportunity to quickly contact their previous clients directly.”

Those Guys Still Around? While Pets.com, boo.com and others are in a dot-com graveyard somewhere, CourtLogic now offers court records from across the country and provides services to law firms throughout the southeast.

“Whatever happened to those guys who wanted to start that court thing,” asked a potential early investor who demurred but whose associate still keeps tabs on the company.