COVID-19 and Trends on the Roads: Link Between Coronavirus and Car Crashes 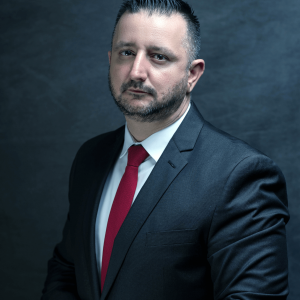 The coronavirus pandemic has disrupted the automobile insurance market beyond recognition. Before the pandemic, there were millions of Californians commuting on the road daily, which drastically reduced at the height of the lockdown measures. Even as the country starts to reopen, we are unlikely to see pre-lockdown commuting numbers for a while yet.

The pandemic undeniably caused a a terrible human toll — deaths as a result of the virus, unemployment, mental health problems, suicide and domestic abuse claims are all up globally because of the virus and subsequent lockdown. With that said, the lockdown gave us the opportunity to analyse the relationship between open roads and driver safety.

In modern economic theory, the rates or the prices of a specific commodity are subject to both the market demand and its availability (or, in other words, its supply). It is these market forces that push and pull against each other until a market equilibrium — the price and quantity of the good — is reached.

In reality, the situation is more complicated when you consider that global economies are built of an assortment of producers. Each of these producers may make their own unique versions of these commodities and charge unique prices. You also have to consider that people can choose to purchase the commodity within this price range or not at all.

In order to fully illustrate this point, there are assumptions that need to be made. Let’s assume that the commodity is limited and that people consume the complete quantity of the commodity.

Using this assumption, only four outcomes are possible for the price of the commodity.

You are the commodity on the road.

In 1975, Sam Peltzman theorized that the availability of mandatory safety features in automobiles would encourage people to behave more recklessly in the publication The Effects of Automobile Safety Regulation. In the publication, he said that with the increase in the commodity of safety (seatbelts, airbags), people would perceive the quantity of risk to decrease. Peltzman speculated that people would take more risks when they perceived lower risk from driving. When he analyzed accident statistics he discovered that the rate of fatalities had fallen since the introduction of seatbelts. However, he also found that the rate of accidents increased.

Mandatory seatbelt laws enacted in the last 30 years have resulted in the decline of the price of traffic accidents with fewer deaths and injuries. Stanford University did a study on the effects of these rules in 2003. They discovered that while the severity of injuries declined in the 1990s, the frequency of accidents increased as predicted by Peltzman.

What About The Automotive Crashes?

In Los Angeles the streets were empty during the period of Governor Gavin Newson closing the state in March until early May when lower-risk businesses began to open.

The Governor Gavin Newsom closed the state of California last March with his stay at home order. This command removed millions of people from their daily commutes and opened miles of roads that would normally be congested with traffic. With the order, Governor Newson also began a grand experiment in the economics of road safety.

During the height of lockdown, there were hundreds of miles of open road all across the county of Los Angeles. However, people were still driving on these roads: the only difference is that the availability of roads increased dramatically. As infections are again beginning to increase across the United States, there is the distinct possibility and further lockdowns and subsequent analysis.

Conventional wisdom says that open roads should lead to fewer deaths, but is it true?

CBS Los Angeles reported on April 7 that people are speeding up by as much as 30 percent on the open roads according to the LA City Department of Transportation. Average speeds have risen 12 percent on weekdays and 6 percent on weekends. Drivers are further receiving more speeding tickets. Tickets for speeding above 100 miles per hour have jumped to 543 tickets in March from 418 tickets in the March of last year. However, The University of California Davis has reported that traffic accidents have decreased by 50%.

California residents isolated at home are still at risk of developing depression. People with melancholy feelings are at increased risk of drug abuse, domestic violence, and suicide. Some medical professionals are concerned that this isolation could harm more people than the pandemic.

On March 13, SpaceX Founder Elon Musk said in a Tesla email that people are at a higher risk of dying from driving than the coronavirus. Elon stated that the “The Coronavirus panic is dumb.” He said that there are about 36,000 annual traffic deaths. Current figures place the predicted death toll at about the same amount.

Brandon Brown of the University of California, Riverside has called Musk’s comments “crazy.” Governments are encouraging social distancing to save lives.

Musk has also written that the high-risk groups like the elderly with lung damage, diabetes, and heart disease are at particular risk of dying from Covid-19. Their deaths were exacerbated by their isolation on the cruise ships with limited medical facilities. He encouraged his employees to consult with the CDC and stay at home if they are unwell.

It would be irresponsible for us to leave Musk’s comments unchecked. At this point, there is enough data to indicate that Musk’s comments are not exactly true. As of July 21, there have been 3.9 million confirmed coronavirus cases in the United States and 143,000 deaths, which puts the mortality rate of confirmed cases at around 3%. By contrast, there are approximately 36,500 automobile deaths and 270 million registered vehicles in the United States every year over a 12 month period.

Should You Seek Legal Advice?

The residents of California are in unknown legal territory with the Coronavirus pandemic. The legal repercussions of emergency situations are tumultuous. Sometimes it can take years for the courts to assign liability for the economic damage of a disaster. Certain people might take advantage of the situation to short-change you on your compensation. They might even paint you as the cause of the accident. If you have suffered any property damage, bodily injury, or financial loss from a vehicle accident during this crisis, then it is imperative to contact an experienced personal injury attorney.

Michael Avanesian is the managing partner of JT Legal Group, APC. He has been selected as a personal injury Super Lawyer Rising Star for five years in a row. Mr. Avanesian is a proud member of many organizations focused on personal injury including the Million Dollar Advocates Forum, the Consumer Attorneys Association of Los Angeles, American Academy of Top 100 Attorneys and the American Institute of 10 Best Personal Injury Attorneys.