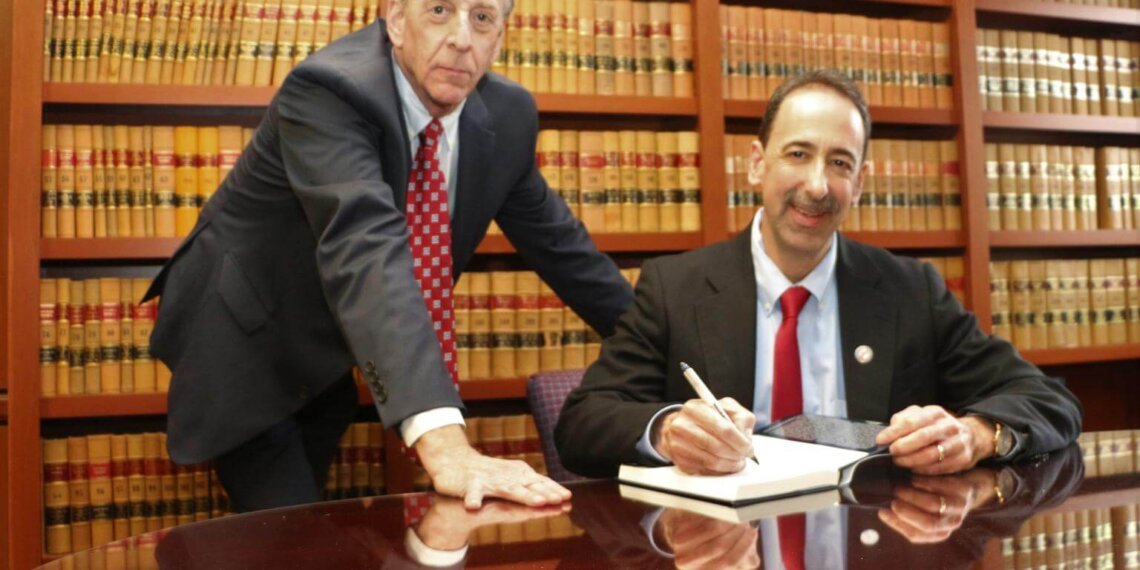 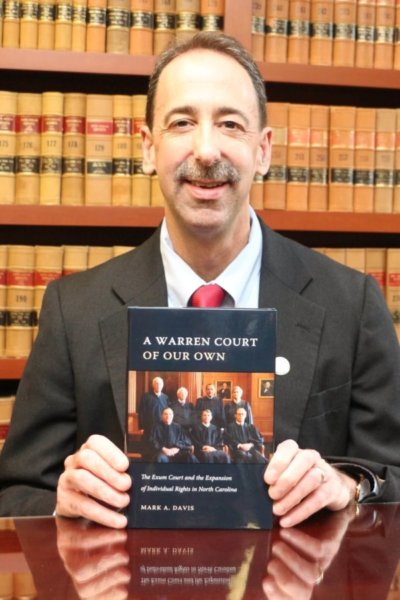 “To me it’s a Mount Rushmore of eras of the North Carolina Supreme Court,” said Davis in a January 2020 interview about the book. “This was a very progressive era of the court that decided a disproportionate number of landmark decisions that are still good law and perhaps always will be.”

“Exum presided over a supreme court that—despite the existence of stark differences between several of the justices with regard to judicial philosophy—issued numerous landmark decisions expanding the rights of criminal defendants, breathing new life into the declaration of liberties set out in the North Carolina Constitution, and significantly increasing the remedies available to individual plaintiffs in the areas of tort, employment, and workers’ compensation law.”

Davis was a judge on the NC Court of Appeals until last March when he was named to the high court by Governor Roy Cooper after Justice Cheri Beasley was appointed to be chief justice. Davis, who is currently running for re-election, devotes one section of the book to the history of partisan judicial elections in North Carolina. The following section discusses the personalities and judicial philosophies of the individual justices who served on the court along with Exum. As a result, the first two-thirds of the book are very readable for lawyers and non-lawyers alike who possess an interest in North Carolina political and judicial history. The final section of the book analyzes specific cases decided by the Exum Court that will appeal especially to attorneys.

What started out as a thesis for Davis’ LLM program at Duke University School of Law grew into a book. “Authoring this book was a labor of love,” said Davis, who spent two years writing it based on interviews with over 50 former judges, law clerks, and court personnel as well as numerous practicing attorneys and law professors.

“To me, this court was like the 1927 Yankees that included luminaries like Babe Ruth and Lou Gehrig. These were all judges whose names will live on and on in legal circles.”

The Exum Court ended eight years after it had begun. “By 1994, Jim Exum had grown weary of the work of the supreme court—particularly in cases involving the death penalty,” writes Davis. Exum retired at the end of that year and was succeeded by Mitchell as the chief justice.

Davis notes that it took a while to convince Exum how unprecedented the jurisprudence of that era of the court actually was. “He and I still debate whether the premise of my book is correct,” said Davis. “He was surprised that I viewed his court as being so jurisprudentially meaningful and as being analogous to the U.S. Supreme Court under Earl Warren. In his mind, he and the other judges were deciding each case that came before them, one at a time, without any sort of master agenda, philosophy or blueprint for moving North Carolina law a certain way. But – at least in my view – the ultimate result was NC’s version of the Warren Court.”