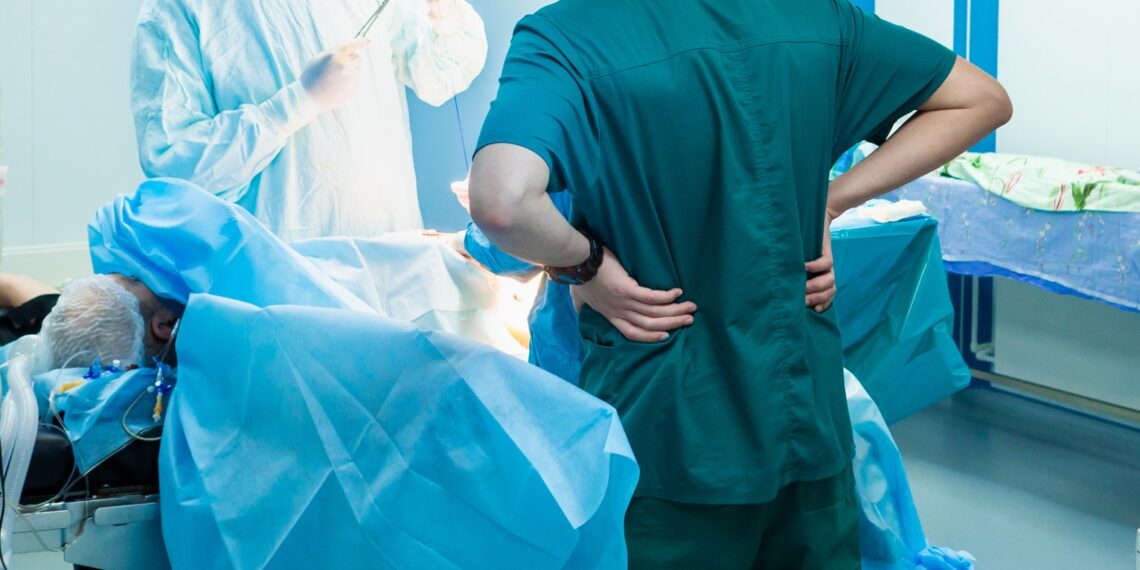 Patients often turn to spine surgery after enduring years of pain and conservative treatment. They might expect this procedure will finally resolve their back or neck problems and allow them to move on with their lives. However, this isn’t always the case.

Pain and other symptoms can return after spine surgery, a condition commonly known as failed back surgery syndrome (FBSS). This can leave the patient feeling frustrated, disappointed, and angry.

Despite the name, failed back surgery syndrome doesn’t mean the surgery itself failed or the surgeon deviated from the standards of care.

WHAT IS FAILED BACK SURGERY SYNDROME?

Failed back surgery syndrome refers to a subset of patients who experience new or persistent pain after having spinal surgery for back or leg pain. There can be many reasons for this, including the buildup of scar tissue, muscle spasms, or failure of fusion to form solidly (pseudoarthrosis).

The condition is surprisingly common, affecting 20-40% of patients. The risk of experiencing FBSS rises with each spine surgery. A 2018 review found only about 50% of initial surgeries are successful. That drops to 30% after the second surgery, 15% after the third surgery, and 5% after the fourth surgery.

Risk factors indicating which patients are at the highest risk for the condition include: smoking; obesity; anxiety, depression or other psychiatric conditions; worker’s compensation injuries; other chronic pain issues, such as fibromyalgia.

Pain management physicians have suggested the condition should be renamed. They feel the name FBSS implies there was a problem or error during the surgical procedure, which isn’t necessarily true. They suggest “Persistent Spinal Pain Syndrome” as a more accurate name.

NOT ALL PAIN INDICATES FAILED BACK SURGERY

To further complicate matters, not all instances of pain after back surgery constitute FBSS.

There are several reasons why some continued or recurring pain might be a normal expectation after spinal surgery.

In some cases, patients may have had multiple pain generators before surgery. For example, the patient might have pain caused by both back and hip issues. Surgery to the spine may correct the back pain. However, the patient would still be experiencing hip pain. The hip pain may even be more noticeable to the patient now that the back pain is absent.

Another possible cause is known as adjacent segment disease. This is where the patient experiences continued spine degeneration next to the previous surgery’s levels. This can be caused by the progression of an underlying disease process or by changes to the way the spine moves after surgery.

None of these situations inherently indicates the surgeon has done something incorrectly or the initial surgery wasn’t successful in achieving its goal.

Unfortunately, the fact a procedure may have gone exactly according to the surgeon’s plan doesn’t prevent some patients from being disappointed or angry when the outcome of their surgery isn’t what they had hoped for.

Unhappy patients may leave negative reviews, seek out a new surgeon, or even consult a malpractice attorney.

The best way for surgeons to protect themselves is to ensure: the patient is adequately educated about the goals of the procedure; the patient has realistic expectations of the results; and both of these are documented in the medical records.

Best practices say patients should receive proper education from a multidisciplinary team consisting of physicians, nurses, and physical therapists on the goals and risks of surgery both before and after the procedure.

One study found patients who had realistic expectations and proper pre-procedure education had higher opinions of their surgeons even when they developed chronic post-surgical pain.

WHAT DOES THIS MEAN FOR ATTORNEYS?

Pain that continues or reoccurs after spine surgery is a common occurrence. Depending on the patient’s medical history and the procedure performed, this could indicate a deviation from the standard of care during surgery or a completely expected outcome.

Careful assessment of the patient’s medical records is necessary to differentiate these two possibilities.

While distressing to the patient, the mere presence of pain after back surgery is not enough evidence to conclude the spine surgery failed or didn’t meet the standards of care.