Here’s to Support Staff: A Tribute to Donna McGavic 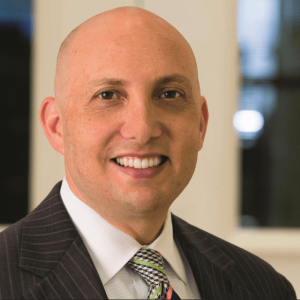 Over the years, I have had occasion to publish tributes to certain giants of the legal community who have passed on. My purpose in doing so has been to recognize and preserve their legacy and hold it up as an example to which others should aspire.

Today, I again undertake those purposes. However, the person to whom I am paying tribute is not a well-known giant of the bar. To the contrary, unlike the people about whom we generally write tributes, her anonymity and her humility are most noteworthy. But she is not unique in that regard; instead, she exemplifies the greatest qualities of the most overlooked and undervalued members of the legal community.

Her name is Donna McGavic. And, she was my legal assistant for over 20 years until she passed away last week.

As I have done in paying tribute to other greats (e.g., Mark Hulsey, Peter Fryefield, Michael Dewberry), I offer the following lessons learned from over 20 years working with Donna.

You are not that important. Donna never let me take myself too seriously. Wins and losses, awards and accolades, came and went. She never got overly excited about any of them, and was quick to bring me down to earth when I strayed into the danger of thinking I was the sum total of my greatest accomplishments, or – for that matter – my worst losses.

Introverts are people too. I vividly remember the day on which I took my first personality profile test. I already knew I was on the extroverted side. But what I did not appreciate until then was how introverts, like Donna, think and process thoughts. Extroverts generally think out loud! Introverts need us to shut up so they can think, quietly. I could not call Donna quickly enough to apologize for the years of frustration to which I had subjected her.

Forgive quickly. Donna always was quick to forgive me and others. Slights and insensitivities are all too common in law offices. Donna was no push over – not by a long shot. She was quite comfortable bringing slights to my attention. Then, she always forgave.

There is no substitute for integrity. I have known no one with higher integrity than Donna. She was consistent – inside and out. She made mistakes as everyone does, but she owned them. If she told you something was true, then it was. What a privilege to never have to question someone’s ethics, motives or agenda, but to know that her word truly is her bond. If only there were more of that in the world.

No one is better than anyone else. Everyone with whom we interacted as a team received the same treatment. From the ABA President and the Mayor to pro bono clients or “cold-calling” financial planners or tailors, they were all treated with kindness and respect. And, she made every effort to have me return calls and honor meetings, without regard to the perceived status of the caller or meeting attendee. I know I am better for this.

Listening is an art. Donna was a great listener – not just for me, but for others in the office and for clients and others who would call, sometimes just to speak with her. She was not wasteful with her time in this regard, but earned confidence as a reliable confidant.

Have boundaries. Even kind people – in fact, especially kind people – must be sensitive to when boundaries need to be set with others and then have the confidence to impose them. It was rare, but Donna had a gift in this area. She knew when to pass on a new client and even when to let a current one go. She had a keen sense of who to trust and who we could not. This was a gift on which I came to rely.

Smile. Donna’s smile was her calling card. And it drew people to her. I will miss it greatly.

So, today I pay tribute to Donna and to the qualities of a good legal assistant, of a good friend, of a good person. We could use more Donnas in this world. And, we should appreciate the ones we have, while we are privileged to be among them.

Mike is a shareholder in the Jacksonville, Florida office of Gunster, Yoakley & Stewart. He is the reluctant graduate of a twenty plus year program of lawyer training under the mentorship of Donna McGavic. He now works hand in hand with his colleague and legal assistant Tamara Johnson.