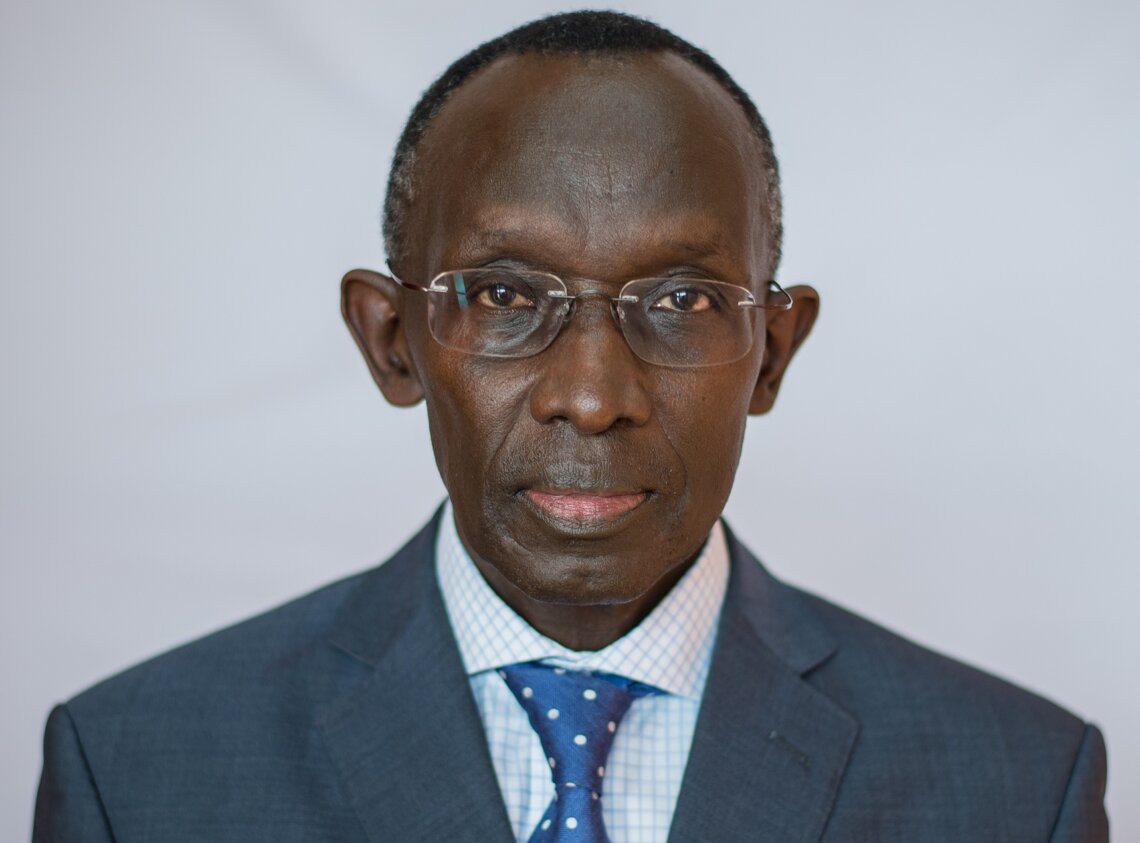 With a sincere and abiding passion for law, Sam Rugege’s illustrious career has been one of service, first as an educator and then on the bench. Ultimately, his journey led to the venerated position of Chief Justice of the Supreme Court of Rwanda.

Before being elevated to the bench, Rugege was a professor of law at the University of the Western Cape (UWC) in South Africa, where he taught constitutional law and post-Apartheid land reform. A consistent theme throughout his life and career, Rugege has always been concerned with finding methods and paths to affording everyone equal access to justice and the opportunity to be heard.

“Most of my career was dedicated to legal education,” he says in his distinctively soft and well-modulated voice. “Then, I was invited to contribute to my country by serving on the Supreme Court. Over the course of my career as a judge there were always discussions about the best way to deliver justice.”

The Making of a Crusader

With an impressive, combined education at Makerere University, Yale Law School and the University of Oxford, Rugege acquired an LLB, LLM and D. Phil respectively.

Proudly part of the first graduating class of Makerere Law School, Rugege surprisingly reveals that he hadn’t even considered a law career until just prior to the Uganda law school’s opening.

“I wasn’t really thinking about law school,” he says. “My brother had studied English Literature at Makerere and I thought I should do the same until a few months before the law school opened, I changed my mind. Also, I had been reading detective novels involving the fictional character of Perry Mason, the criminal defense lawyer, and I started thinking maybe I should become a lawyer and be able to defend people.”

Actually, his first career move upon graduating was as a lecturer in law at that very same university. Forced to flee the terror and oppression of the Idi Amin regime in 1976, Rugege taught at the universities of Lesotho and Swaziland.

During his tenure at UWC, he acted as a consultant to the commission that drafted the post-Genocide Rwandan Constitution. This was monumental as it heralded a new era, providing for respect for the rule of law, independence of the judiciary, fundamental rights and freedoms, equitable power-sharing, a commitment to national unity, reconciliation and the peaceful resolution of disputes.

The Power of Mediation

Among his many crusades, Rugege doggedly focused on implementing mediation as a way of making the law available and affordable to the common man.

The Abunzi mediation mechanism was formalized in the 2003 Constitution which led to its country-wide adoption and it is now part of the Rwandan justice system. It is mandatory for most disputes to try resolving them through Abunzi and only if no solution is reached can a person file a claim in the courts.

Literally translated, Abunzi means “those who reconcile” or who mend broken relationships and is representative of all that Rugege stands for. He actively promotes the extension of this form of resolution of disputes at all levels in the justice system.

“We began to explore how we could implement mediation throughout the courts system,” he says, “not just for the simple disputes but for all cases coming before the courts. This provides a constructive way for people to address their conflicts without having to resort to litigation or other costly approaches.”

Through Justice Rugege’s leadership the Rwandan judiciary gradually expanded use of mediation in the country through the implementation of a court-annexed mediation project. Today, the Rwandan Judiciary remains committed to enhancing Alternative Dispute Resolution (ADR) and mediation and regularly refers cases to court-accredited mediators for mediation, as well as promoting mediation as a dispute resolution tool through public awareness campaigns.

As Chief Justice, Rugege was responsible for developing judicial policy and oversaw judicial reforms encompassing the use of court technologies, continuing legal education and specialization training for judges. During his tenure, access to justice was enhanced through constitutional challenges, public interest litigation and the promotion of court-annexed mediation. Now a certified and registered mediator, Rugege was recently appointed to serve as chairperson of the newly created Court Mediation Advisory Committee.

But Rugege’s interests and influence extend well beyond the courts or mediation. Asked about the reasons for success of the reforms in the judiciary, he says it was not an individual achievement but a result of a joint effort along with other progressive leaders and fellow countrymen, to rebuild and reconstruct Rwanda leading to the transformation that has seen substantive changes in virtually every aspect of this evolving country.

“It [reform] was something that we all were committed to,” he says. “I think Rwanda as a whole has been a fast-moving country in all aspects of life. Our economy, social structure of the family, children’s rights, infrastructure -really everything moves faster in this country. That’s how we we’ve been able to transform from an almost lost country to a fast-developing and respected country.”

After dedicating his long and multifarious career to promoting both equality and accessibility within his country’s judicial system, Rugege recently stepped down as Chief Justice of the Supreme Court of Rwanda at the end of his eight-year term. However, to describe this transition as “retirement” would be a misnomer. Rather, he has transferred his lifelong passion and considerable expertise to working with The Weinstein International Foundation, a non-profit organization dedicated to making mediation available and accessible worldwide in the face of increasing global challenges and conflicts.

“I am greatly honored and humbled to be a member of the Weinstein International Foundation, joining a highly distinguished group of ADR pioneers,” he says. “The Foundation is a champion of peaceful resolution of conflicts and other disputes, leading the effort of promoting greater access to justice through mediation and supporting education and training in mediation around the world. Rwanda has benefitted from its programs and I look forward to playing my part in this noble mission, especially in Africa where conflict continues to cause avoidable suffering and hamper development.”