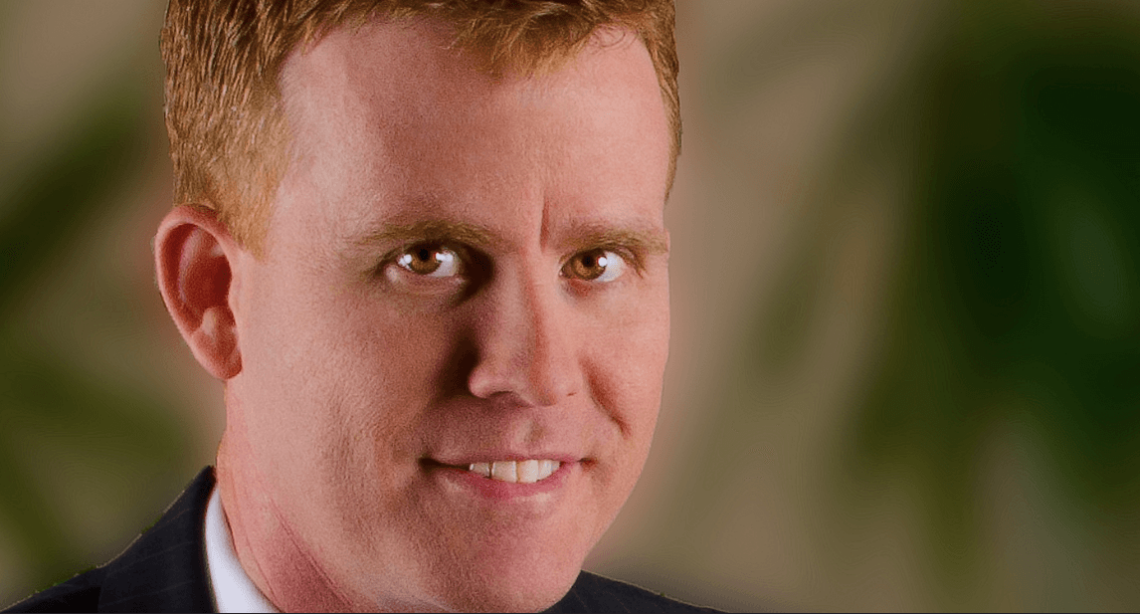 After two years of PR work in Chicago, business litigation attorney, Jason Kellogg, chose to escape the cold, head back to Florida and enroll in law school.

Following graduation, Kellogg joined Akerman and then Hogan Lovells. The time he spent in these large firms molded him. “They were terrific places to learn,” he said.

Having spent the majority of his career at the defense table, Kellogg was ready for a new adventure. “When I joined LKLSG at its inception five years ago, we had only nine lawyers. One of the main attractions to making the leap was have more of an opportunity to work on the plaintiff ’s side of a case.”

Kellogg believes the time at the other table has brought some invaluable experience to his clients.

The transition to the new firm also gave Kellogg the opportunity to work with his father, Larry Kellogg. “Throughout my life, my biggest mentor has been my father. I’m sure that – subliminally – my decision to become a lawyer had something to do with wanting to follow his example. I took a chance joining him five years ago to help start a new firm; it has worked out very well.”

Kellogg found another mentor in John O’Sullivan at Akerman and Hogan Lovells. “For my first eight years, I watched a brilliant strategist at work every day. He valued his associates and was great at including me in every facet of a case while also pushing me to do what it takes to produce high-end work.”

Early on in his career, Kellogg learned that the law isn’t always as it would appear. He was in trial against a tough assistant U.S. attorney, litigating her last case before retirement. “At one point, she pulled me aside and paid me a very nice compliment about my rapport with the jury. It not only boosted my confidence; it taught me that even in the most contentious cases, there is room for civility.”

An early case that Kellogg believed would be resolved quickly demonstrated the unpredictable nature of litigation. “We filed in 2005. Within a month we had secured a preliminary injunction,” Kellogg said. He believed the case was over. He was wrong. Subsequently, the case went through a federal appeal in Atlanta, a bankruptcy in Alabama, state court litigation in the Florida panhandle and two trials.

“This case followed me through three law firms,” he said. “We obtained some great rulings, some of which continue to be cited. A month turned into six years. Our client ultimately came out on top. That case was my tour through the United States legal system.”

Outside the office, you’ll find Kellogg with his wife, Cassandra – a family law attorney in Coral Gables – and their two sons.

A former rock and blues lead singer in law school, Kellogg still enjoys playing guitar. “We played in bars in Tallahassee and the surrounding towns,” he said. “We once played in a bar with chicken wire in front of the stage, like in ‘The Blues Brothers.’ It was a blast.”

He also makes time for the community. He is involved with two great charities – Switchboard of Miami and Legal Services of Greater Miami, Inc. Switchboard of Miami provides confidential telephone counseling. They will be hosting their Cirque de Soleil event at Sun Life Stadium Jan. 15.

He also lends his support to LGSMI’s Together We Must Campaign Committee. “LGSMI is as much a part of Miami’s legal fabric as any law firm and deserves our full support,” he said.

Looking to the future, Kellogg would like to continue to grow with LKLSG. The firm has doubled in size since its founding. He is also excited to keep learning about his clients’ businesses. “Litigation is like the continuation of a liberal arts education; you learn so much every day. That mostly has to do with working with clients from diverse fields.”

He is also looking forward to celebrating his 40th birthday in March.