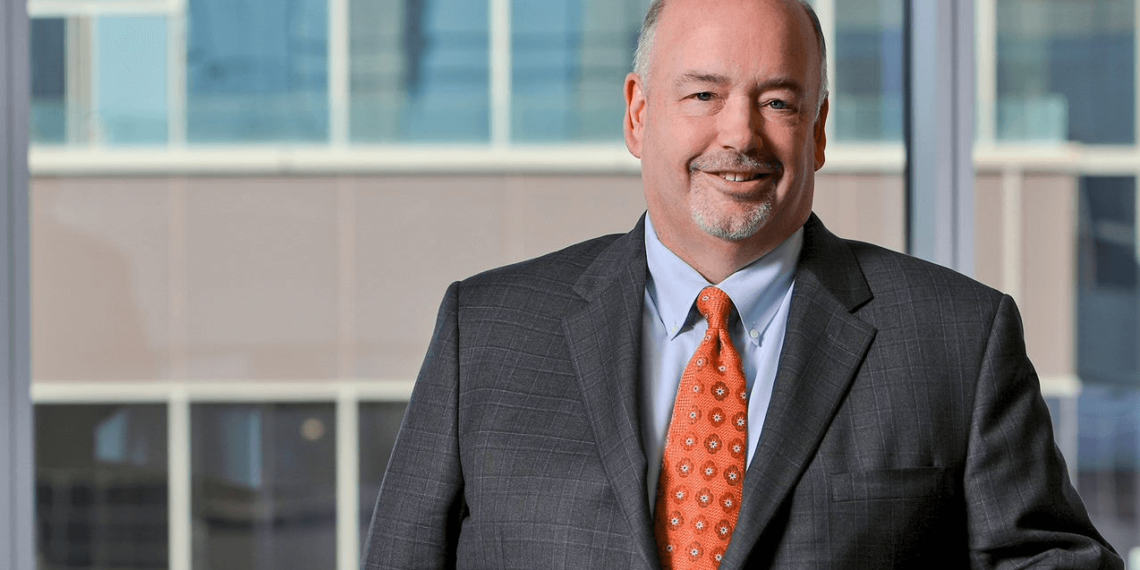 Attorney at Law Magazine Phoenix spoke with John C. Norling, the managing attorney at Jennings, Strouss & Salmon P.L.C., about his time playing on the Scottsdale Community College football team as well as the Wichita State University football team on the offensive line for the Athletes in Law 2020 issue.

JCN: I believe that the game of football is one of the ultimate preparations for the game of life. It teaches the importance of competition, accountability, selflessness, team work, the ability to maintain your composure when things are going wrong around you, and the pure joy that comes out of a team victory. The bonds and friendships that are made with teammates and coaches are something that many people will never understand. The game also teaches one how to deal with and overcome adversity. In football, as with any sport, you are routinely faced with adversity and need to fight through it. The same thing occurs in life and the practice of law. The perseverance I learned from the game of football has helped me get through some very difficult times in my life. The ability to get up after you have been knocked down (both figuratively and literally) is crucial to success in football and the practice of law. Another important lesson which I touched on above is the importance of selfless team work. It is incredible what can be accomplished by a motivated group of individuals who do not care about individual glory or credit, but want to achieve a specific goal.

JCN: I believe one of the most important lessons we were taught by our coaches is that you judge a person by the quality of their character as there is very little else matters. A team sport like football brings together people of different races, ethnicities, creeds, and social-economic backgrounds. It requires that they set their differences aside to work together as a unit to accomplish a specific goal. The color of a person’s skin, their gender, or where they come from is irrelevant. It is the quality of the person’s character, how they treat people, and their willingness to put their own interests behind the team’s interests which matters most. It doesn’t matter if they were a high school all-American who was heavily recruited or a walk-on who barely made the team, if they were out there giving it all they had working for the goals the team had established, they were part of the family and deserved to be treated as such.

JCN: Growing up, I had many athletes that I followed and respected. However, my favorite athlete growing up was, without a doubt, Mike Webster of the Pittsburgh Steelers. He was the Center, one of the positions I played, for the Steelers in the ‘70s and was known for his work ethic and dedication in the weight room, both of which I tried to emulate. As for my legal idol, I would say my Father, Richard Norling. He practiced for many years in Phoenix and provided me with a great example of leadership, work ethic, fairness, and commitment to his clients, all traits that I strive to emulate today.

AALM: What is your favorite football quote?

JCN: It is not a quote from the game of football, but it was one that one of my coaches gave us and it always struck a chord in me. The coach who gave it to us was trying to enforce the difference between our off-the-field person and the person he wanted to see on the field. It is a quote from William Shakespeare – “In peace there’s nothing so becomes a man as modest stillness and humility; but when the blast of war blows in our ears, then imitate the action of the tiger; stiffen the sinews, summon up the blood, disguise fair nature with a hard-favor’d rage.” To me, it always reminded me to be humble, kind, and respectful off the field, but relentless on it.

JCN: I wouldn’t trade my experience playing NCAA Division-I football for anything. The experiences I had, the lessons I learned and the friends that I made have made me who I am (good or bad) and will be with me for the rest of my life. However, if I had to pick another sport, it would be between baseball and golf. It doesn’t matter what level of competition, there is just something special about the game of baseball. As for golf, I truly enjoy the game now, but I think it would have been nice to have taken it up at a younger age and received some solid coaching and instruction in the fundamentals of the game.

JCN: I was blessed to play for a number of very good coaches. John Avianantos and Ken Giovando at Scottsdale Community College and Ron Chismar, our head coach at Wichita State University, were above all things great men. They viewed their roles as not only developing football players, but developing young men who would develop into leaders in whatever field they entered into after their playing days were over.

JCN: Absolutely. There is a saying which I have heard – Attitude determines altitude – and I firmly believes that is true. If you do not have a positive attitude you cannot really expect to get positive results. A negative attitude will defeat you before you even begin. It will affect your will and ability to prepare for the event. It will also impact those around you. Attitude is contagious.

Football Hero: Mike Webster of the Pittsburgh Steelers
Legal Idol: My Father, Richard Norling
Other Sports He Wanted to Play: Baseball and Golf
His Mantra: Respect all. Fear none.