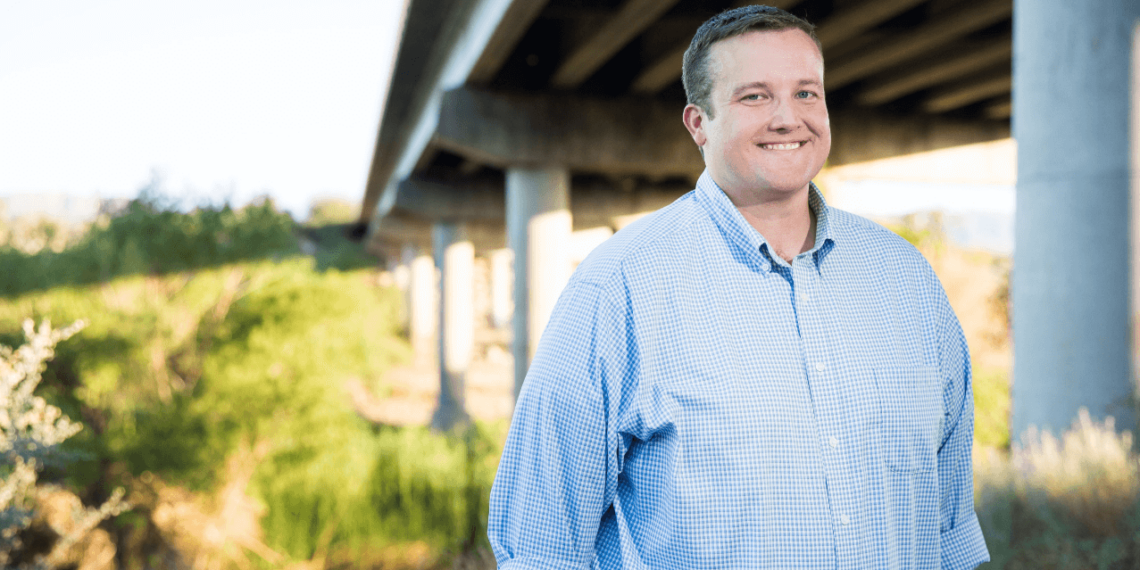 There is no magic wand that can solve all the world’s problems. But water might be the closest thing. 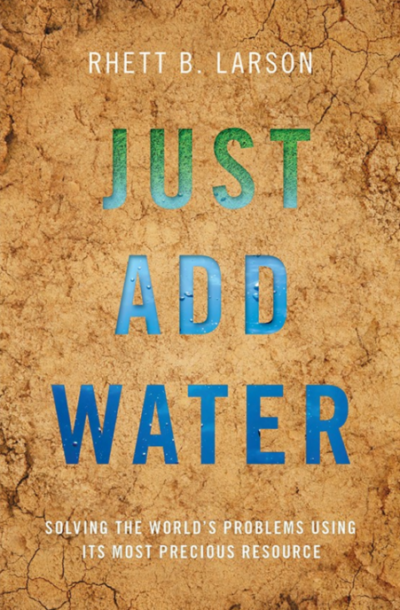 In his new book, Rhett Larson, the Richard Morrison Professor of Water Law at the Sandra Day O’Connor College of Law at Arizona State University, explains how water is the common element in so many of humankind’s most pressing challenges.

Released in April, the book titled “Just Add Water: Solving the World’s Problems Using Its Most Precious Resource” was written in part to correct widespread misconceptions about the scope of water law, something Larson has been dedicated to his entire professional life.

“People will ask me what sort of law I teach, and I’ll say water law,” he said. “And they’ll often say, ‘Oh, well that’s very narrow.’ And I’ll just think, ‘Narrow? How can water law be narrow?’ Most of the world — and most of us  — is water.  What area of law could have broader importance and a broader impact than water law? So in some ways the book is about showing people just how central water is to virtually every problem on Earth.”

To illustrate the point, Larson addresses social challenges chapter by chapter in his book, underscoring water’s impact on a wide range of issues. For some, such as climate change, the connection to water is readily apparent. But perhaps less so for issues such as racism, gender inequality, terrorism, war, mass migrations and space travel.

“Water is at the center of all of those problems,” Larson said. “So if we were to pick any problem on Earth to invest our time and energy into fixing, looking for the most impact in as many areas of our lives as possible, if we would just focus on water security — helping every person have enough clean water at acceptable costs and risks — that would go further in solving more problems than any other intervention we could have.”

Larson finished writing the book in September, several months before the first whispers of coronavirus began. But the book includes a prescient chapter on the pivotal connection between water and outbreaks of infectious disease.

The issues involving water and public health are complex and require due diligence and a delicate balancing act. Larson suggests allowing for emergency permitting procedures, which could result in greater water pollution, at least in the short term, in order to expedite actions intended to combat disease. He also recommends a public health analysis for any water infrastructure projects. Just as any large public works project is preceded by an environmental impact assessment, the ultimate impact on public health should be studied in advance of constructing canals or dams.

As example, he points to the development of a drinking-water treatment system in a developing, small village.

“If there’s a lot of organic pollution in that river and you treat it with chlorine, there’s going to be disinfectant byproducts. But the reality is that in that community, they don’t have the luxury of worrying about getting cancer in 60 years — they’re worried about getting cholera tomorrow. So when we develop systems, we need to think about what the water quality standards should be in order to meet the concerns of that particular system. And if we have to trade off concerns … sometimes that’s a trade-off you have to make. And the only way to make it is by integrating local feedback and local stakeholder participation.”

Closer to home, Larson points to the current plight of the Navajo Nation – which spans portions of Arizona, New Mexico and Utah. Despite a largely rural landscape with low population density, the Navajo Nation has the highest per capita COVID-19 infection rate in the country, surpassing even New York City. It seems an anomaly for such a sparsely populated region to be so hard-hit by a disease spread by close human contact. But once again, Larson says, water is a critically important factor.

“They have small communities that are spread out very far, and it’s difficult to provide a sustainable, affordable, adequate water supply,” he said. “So it’s hard for people to be able to get enough water for the kind of hygiene that’s needed to fight this disease. And hygiene, washing our hands, is the most important thing that we can do.”

Larson points out the luxury that many Americans may take for granted, having nearly unlimited access to clean water from multiple points in our homes and businesses.

“One of the best ways we can help our neighbors and our family in the Navajo Nation, and to make sure that this never happens again, is to find a way to get more resources to them, to be able to improve their water infrastructure and improve water security,” he said.