Make Sure Every Year Has Been Sweeter Than The Last 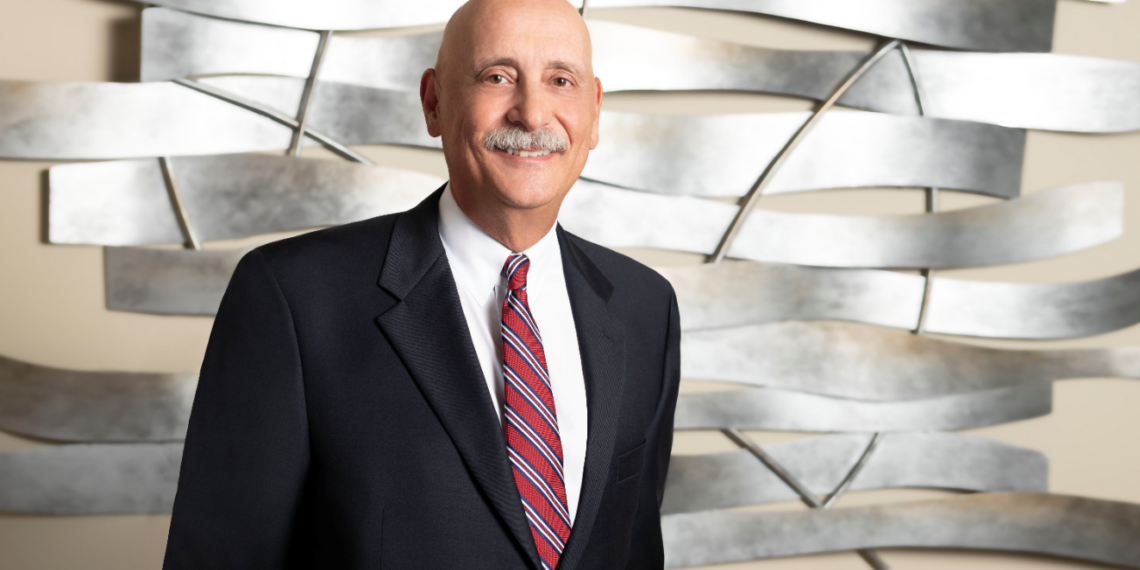 As October 1 rapidly approaches, the date when the merger between law firms Fennemore Craig and Dowling Aaron formally becomes official, Richard Aaron, 65, is definitely not waiting for the ink to dry. This firm leader and connector, a classic rainmaker – a man that pre-pandemic could not walk into a restaurant around Fresno without someone standing up to shake his hand – is busier than ever.

“This has been the busiest two years of my practice and six-day work weeks are now the norm,” smiles Aaron. “But I’m having fun, and I view the merger as my ‘career extender.’ This change gives me a deeper bench and strong administrative support, which will allow me to focus on what is most important to me, and that is working with my clients and helping them achieve their goals.”

Unlike many attorneys, who are notoriously bad business people, Richard earned his undergraduate degree in finance and honed his business skills by selling cars, even while attending UC Hastings College of the Law – not something most mortals should attempt, especially when grinding at one of the top-rated law schools in the United States.

“Burning the candle at both ends eventually paid off,” laughs Aaron,” and to this day, one of the greatest compliments I receive from my clients is: ‘We use you because we trust you, and because you think like a business person.’”

Aaron credits selling cars for providing the foundation for his career as a lawyer. Raised in a modest home in southeast Fresno, he was painfully shy and uncomfortable meeting people, or speaking in public. But that changed when a seasoned car salesman took Aaron under his wing and taught him the tricks of the trade.

In fact, Aaron became so good at it that while attending Hastings College of the Law, he worked 20 to 40 hours a week at a very large Ford dealership, rising from a salesman to a finance manager, and then to a sales manager.  He was so good at his job, that twice he was asked to enter the dealer development program with Ford Motor Company, a program where Ford provides qualified persons the opportunity acquire dealerships with capital supplied by Ford.

“Ford thought I was crazy, twice turning down for a once-in-lifetime type of opportunity,” muses Aaron, “but raised as a poor kid, my dad always emphasized education, and encouraged me to become a professional. I liked the image of a lawyer, and my perception of the lifestyle led by good lawyers, so I decided in junior high that I would become a business lawyer. I never told my dad how much money I passed up by not accepting Ford’s offer. I did tell my father-in-law, who told me I was nuts!”

It wasn’t long after that Aaron soared onto the radar of Mike Dowling, who at the time possessed a reputation as the best up-and-coming business lawyer in central California. When Dowling called Aaron to make him an offer to join his firm, the notorious transaction became the stuff of lore at many office holiday gatherings thereafter.

“Hi. Is this Dick?” Dowling said when Aaron answered the phone (long pause, during which Richard wondered if he wanted to work for someone who called him Dick, which was a perfectly appropriate nickname for persons of Dowling’s generation, but not so for persons of Aaron’s generation).

“Uh, I prefer Richard or Rich,” Aaron somehow managed to speak (at which point, there was another long pause, while Dowling thought about whether he wanted to hire someone who would quibble over his name when he was about to make him an offer of employment).

Somehow, both men got past that awkward moment, and formed an unbreakable bond.  And with the creation of that bond, Aaron’s vision of a 10-year career in the legal industry followed by a transition into a business career now stretching some 42 years, still with the same firm, and until his passing in 2018, practicing with Dowling. Aaron credits his firm’s success and dedication to first-tier client service, and to the lessons Dowling taught him as a young lawyer.

Like many successful men, Aaron’s success is due in large part to the successful woman by his side – four kids and two grandkids later, they still trust each other to perform their roles at the highest level.  “I know a stay-at-home mom sounds old school, but Nancy was a very successful banker. In fact, she made more than me when I started practicing law. At a time when women didn’t get very far in banking, she became a vice-president of Security Pacific National Bank, working out of their regional headquarters, and had a very big professional future ahead of her,” relates Aaron, “but she decided that her focus was going to be raising our wonderful children – and she trusted me in my career as an up-and-coming lawyer.”

Aaron knew the power of the calendar very early on in his career. Every year, he would take his kids’ school and sports schedules, and then block off all of the important dates. “To this day, my kids and their friends still talk about the baseball, basketball and softball teams I coached and other school and sports activities I attended,” Aaron shares.

These reflections, however, by no way mean that Aaron is looking backwards, and the merger reflects his mood – positive and energetic, and bullish on the economy and the future.

“You have to work with people you respect and trust, and in the folks at Fennemore Craig, we found the perfect alignment in terms of philosophy, culture and long-term goals,” notes Aaron. “I’m energized and inspired, and definitely looking forward with great enthusiasm and high expectations!”

Aaron believes that each year of his life has been sweeter than the one before, and this mantra of savoring the sweetness of life means aging gracefully, both in his career and his life. He blows off steam by playing golf with some 20 buddies from all ages and all walks of life, and he enjoys the wisdom of the old duffers, as well as the street smarts of the young players.

“It’s a great metaphor for thinking about your working life, too. Maybe I can’t crush the ball quite as far as I used to, but now, I’m more patient, more disciplined, and think my way around a golf course much better than when I just used to stand up and hit the ball as far as I could,” Aaron explains.

Aaron also sees this next chapter in his life as a time of renewed focus in helping others, especially the kids from tough neighborhoods in his community.

“I want everyone in this country to have an equal opportunity to succeed. As someone from an ethnic group that suffered the worst kind of racism-genocide, I have no tolerance for, or patience with racism. But I’m not going take a knee, because you’ll never conquer racism by taking a knee. At this point in my life, I want to offer a helping hand, and through my time, treasure and talent, hopefully I can raise some of these kids out of their current circumstances, so they can enjoy the opportunities that I’ve had,” Aaron notes.