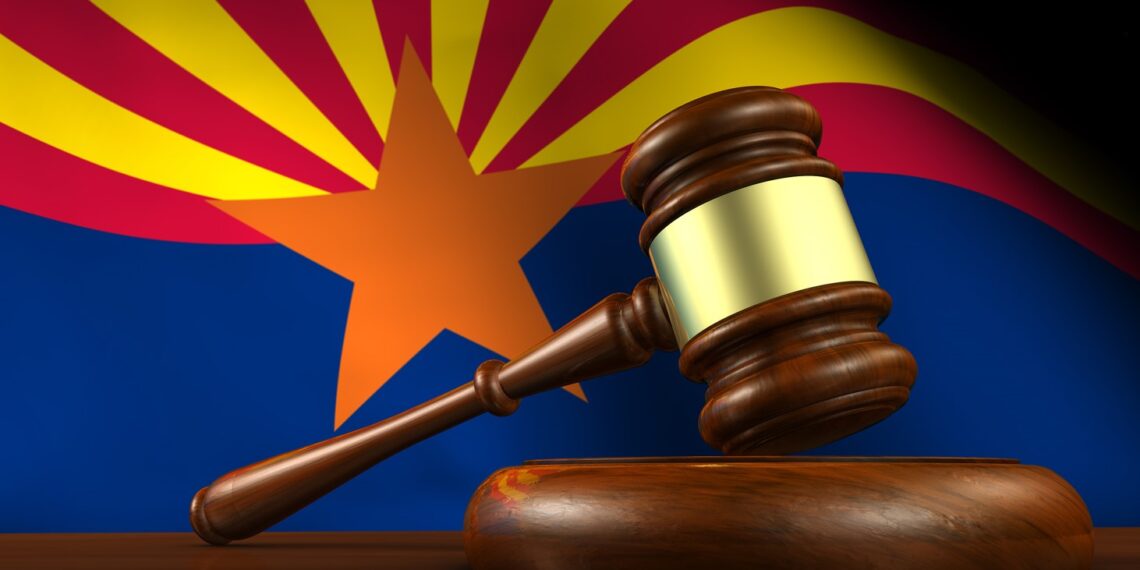 The Arizona Supreme Court recently approved non-lawyer ownership of a law firm. This is the first time in the history of the legal profession.

Trajan Estate is one of the first law firms with a non-lawyer owner to be approved by the state’s high court. Trajan Estate is connected to Trajan Wealth which provides investment and estate planning needs to its clients.

The state Supreme Court voted unanimously to get rid of the ethics rule (ER 5.4) that prohibits non–lawyers from fee sharing and from having economic interests in law firms in August 2020. The rule change took effect on January 1, 2021.

The regulatory reforms were recommended by Arizona’s Task Force on the Delivery of Legal Services.

“The court’s goal is to improve access to justice and to encourage innovation in the delivery of legal services,” Arizona Supreme Court Chief Justice Robert Brutinel said in a statement.

“These new rules will promote business innovation in providing legal services at affordable prices,” the statement went on to say.

Payne Huebsch and Trajan Estate, a legal service provider focused on estate planning, were the first to be approved, the Associated Press reported.

“Now I can wear them all together and say, ‘Yes, we can represent you on a legal matter’ without any significant formalities, other than increasing the scope of the services we provide to them,” Mike Payne told the Associated Press.

As both a CPA and attorney, Payne operates two businesses — Payne Huebsch for accounting and Payne Law as a solo attorney. The new framework permits Payne and the other attorney on staff at the accounting firm to also offer legal services.

Jeff Junior, the owner of Trajan Wealth, which provides financial advisory services under a fiduciary advisor model, stated, “We have been referring clients to estate attorneys for years. It’s great to now have the ability to continue such an important aspect of clients’ lives. As the first company ever to be approved for this structure, I am confident in saying this will prove to be very beneficial to anyone preparing for their financial future.”

“It’s exciting to launch the first ABS entities, and I am certain that such arrangements will serve both the public and legal community in the delivery of quality legal services,” Timmer said in a prepared statement.

Arizona Court of Appeals Chief Judge Peter Swann in Phoenix was a member of the task force and strongly disagreed with eliminating the rule. He said that a better approach to reform would be addressing the systemic issues that make the courts inaccessible and expensive, rather than adding non-lawyers to the equation and striking the ethics rule.

“Such a proposal would make Arizona unique in the nation, and a leader in the race to the bottom of legal ethics,” Swann wrote. “The relationship between attorney and client is the most sacred of fiduciary relationships,” one not shared by investors, whose interests might conflict with the client.

Despite the fact that there have been some changes to the ABS structure since the report came out, Swann remains against the overall idea.

“I am heartened that the Supreme Court did create an entity regulation structure that definitely improves on the original proposal, but the reservations I have about the system globally remain in place,” Swann said.

Utah and California, among other states, have considered letting some alternative business structures in some form; however, Arizona is the first to totally eradicate the rule.

Also that year, Illinois said it would start an official exploration into opening up the legal profession to non-lawyers.

Utah Supreme Court voted on August 13, 2020 to establish a regulatory sandbox that will let lawyers and non-traditional legal providers and services look at creative ways to practice law and promote their services, including entities with non-lawyer investment or ownership. Among those allowed to apply for the program were legal services providers with non-lawyer owners. In September 2020, the state okayed five applications for the sandbox program—four of which involve legal tech businesses or personnel taking ownership in legal services providers. However, the last of these is a solo practice. Blue Bee Bankruptcy Law’s owner is using the rule change to give a paralegal a 10% stake in the firm.

A second change is a licensure process that will allow non-lawyers, known as “Legal Paraprofessionals” (LPs), to provide limited legal services to the public, including being able to represent their clients in court.

The Arizona Supreme Court said that in some ways. Legal Paraprofessionals would be the legal system’s equivalent of a nurse practitioner in the medical field. Individuals who are interested in becoming LPs would have to satisfy education and experience requirements, pass a professional abilities examination, and pass a character and fitness process.

Successful candidates would be affiliate members of the state bar and would be subject to the same ethical rules and discipline process as lawyers, the Supreme Court said.