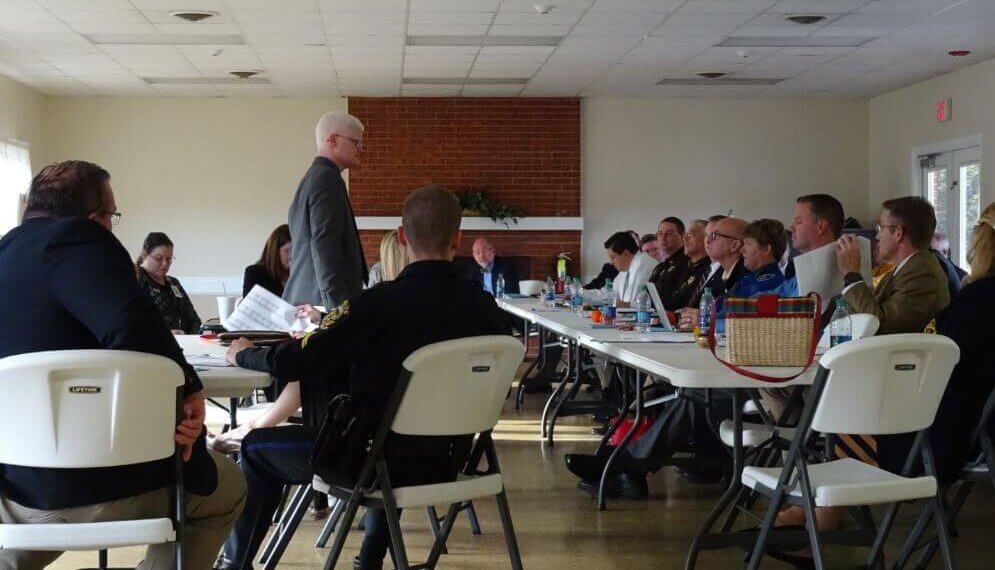 William “Billy” Lassiter, NC deputy secretary for Juvenile Justice, has a message for state lawmakers who are now working on the 2019-20 budget. “Now that you have passed Raise the Age, you did the right thing. But it’s only the right thing to do if you fund it correctly.”

The law will bring a lot of change to the juvenile justice system in the next several years. “We are changing the fundamentals of the system,” said Lassiter. “We want to make sure that the younger kids aren’t harmed in the system, meaning that they don’t get any less resources because of the impact of Raise the Age. And we want to make sure that the older kids that will be coming into the system get the adequate resources they need.”

The agency currently has been allocated 65 new Juvenile court counselors. According to recommendations from the Juvenile Jurisdiction Advisory Committee (JJAC), tasked with developing an implementation plan for Raise the Age, that number needs to triple over the next two years. Lassiter said that means roughly 20 new counselors need to be hired every month.

Governor Roy Cooper’s new budget proposes an increase of $26 million for 2019-20 and $36 million for 2020-21 to, “increase staff, court services, facilities, and transportation, and establish focused programming for the 16- and 17-year-olds who will enter the juvenile justice system.”

The JJAC report also recommends additional funding for DA’s offices, clerks of court and judges. Cooper’s budget earmarks increases of $1.2 million for 2019-20 and $1.6 million for 2020-21.

“It provides programs like restitution, restorative justice, counseling programs, substance abuse programs, and residential programs. The programs are run by non-profit organizations or the counties themselves,” said Lassiter. “The area we need the most help with is the community-based alternatives funded through JCPC programs.”

JCPC programs handle a caseload of roughly 20,000 kids a year. That’s projected to grow by 60% to 32,000 when Raise the Age is fully implemented. About half of those kids have not entered the criminal justice system but are at-risk, such as having gotten into trouble at school.

In smaller counties with limited resources, the state contracts with non-profits, such as Methodist Home for Children, for juveniles with criminal behavior who need more intensive care. The cost can be $25,000 to $30,000 a year per child.

The state also funds youth development centers (YDCs) that house the juveniles charged with violent or serious crimes or have a lengthy delinquency history. These centers currently have 190 beds. Forecasts are that between 20 and almost 100 new beds will be needed.

HELP AT THE FRONT END

“A lot of what we try to do in juvenile justice is at the front end,” said Lassiter. “We try to make sure a kid doesn’t go very deep into the criminal justice system because the deeper they get the more likely they are to recidivate because you are mixing them with populations that have bad habits themselves.”

“We work with the whole family. We spend a lot of time with the child at school, in the community, and at their home to have an impact. We now tailor the programming around the needs of each child to target the behaviors that drove that child into the system to start with.”

It’s estimated that these programs will reduce the rate of recidivism among juveniles by 12.5%. That will eventually reduce the number of adults under supervision and adults in prison.

“Down the road, it will reduce the number of victimizations that occur in society. So there are long term cost savings from Raise the Age, but you gotta pay up front. We’ve told legislators, if you put this investment in now, it will save you down the road,” said Lassiter.

“In four to five years, you will see major cost savings because of the reduction in recidivism of this population.”

GIVE THE KIDS HOPE

The ultimate goal is to reduce the number of juveniles who get into trouble and get arrested and reduce the rate of recidivism. The first step is programs for the kids.”

“The alternatives that a judge has that they can order for a juvenile in a local community are funded through those community-based dollars. If we don’t have that money in the local community, judges are not going to have programs to send those kids to,” said Lassiter

“It’s really important to keep kids from getting deeper into the system, which is much more expensive. Put(ting) a kid in a Youth Development Center costs $ 125,000 a year. To serve a kid in a JCPC program costs $ 1,000 a year.”

“We are going to hold them accountable for their mistake, but we are not going to make it a life-long mark on their potential earnings in the future.

When you take a 16 or 17-year-old and throw them into the adult system, you destroy a lot of their hope for a potential job, a potential chance to go to college, potential earnings in the future in general. I think our number one goal for Raise the Age is to give the kids hope.”