Mental Health & Conservatorships: Where Is the Legal Line Drawn? 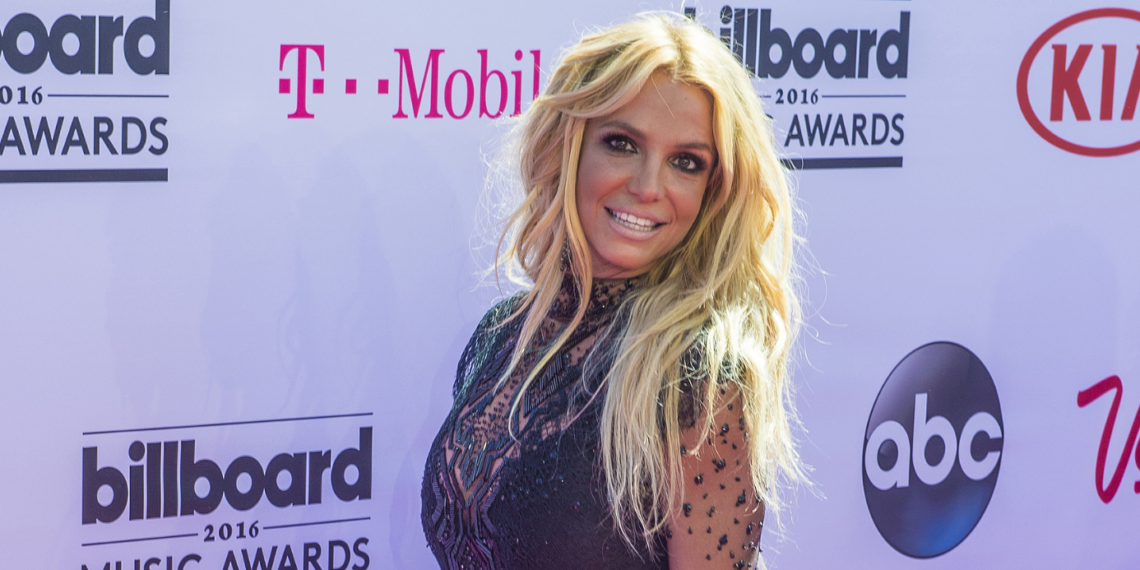 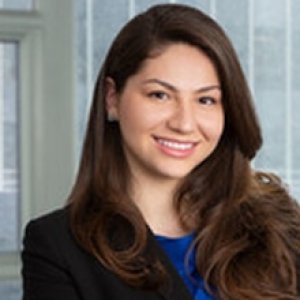 It is safe to say that all aspects of people’s lives have been affected by COVID-19. As the months of quarantine wear on and phases of lockdown mandates begin to alter, people’s jobs, medical conditions, and many other aspects of daily life have been affected. One of the largest subjects that has been discussed in the context of the coronavirus is mental health and how people’s mental wellbeing is being affected by this pandemic.

When quarantine mandates were implemented back in March of this year, many struggled to adapt to this new normal, and health experts urged people all over the country to look after their mental health: “Faced with new realities of working from home, temporary unemployment, home-schooling of children, and lack of physical contact with other family members, friends and colleagues, it is important that we look after our mental, as well as our physical, health.”[1]

In recent years, our society has become much more knowledgeable, educated, and open to discussing issues of mental health. One positive aspect of the coronavirus pandemic is that it has opened the door even wider for people to discuss how aspects of quarantine have affected how they are doing emotionally and mentally, and this is for many reasons.

This has come off the heels of younger individuals speaking more frankly and honestly about mental health – specifically, people from a younger demographic such as millennials and Generation Z in particular have been reported to suffer from higher levels anxiety, depression, and other mental health struggles than prior generations, yet they are also more likely to report mental health concerns.[2] Moreover, there are now invariably more resources offered to help those who need it than before, including hotlines, therapy sessions (in person, via phone, or over video), and in some cases, necessary medication.[3] Further, the stigma, shame, and embarrassment surrounding people with mental ailments have considerably lessened and with that, individuals are more likely to seek help without fear of being judged for it.

Now, people in the public eye who have considerable influence over younger generations have become more outspoken about this issue and have urged for people struggling with mental health to receive more help. Celebrities such as Selena Gomez, Demi Lovato, and even Kanye West have revealed they have been battling with bi-polar disorder and were frank about the difficulties presented with such a diagnosis. Political figures, meanwhile, have also been open with the public about their feelings and urging for society to procure solutions (Michelle Obama recently revealed she suffers from low-grade depression and just last year, former Congressman Patrick Kennedy began placing increasing pressure on insurers to increase mental healthcare). Even royal figures have pitched their hands in trying to help this issue: in 2016, Prince William, Kate Middleton, and Prince Harry launched the campaign, Heads Together, an initiative spearheaded to work with “inspiring charities to change the national conversation on mental wellbeing.”[4]

Now, with influential figures such as celebrities, politicians, and even members of the British royal family speaking out about this, many people hope that the wide conversation about mental health will continue. Yet there is one celebrity in particular whose mental health has been in the public realm for years and one legal aspect in association with that, conservatorships, has been recently called into question.

Britney Spears has been in the public for decades, ever since her smash hit debut single, “… Baby One More Time”, which led to countless successful tours, albums, and major endorsement deals, all of which contributed to creating one of the largest pop superstars of our time.[5] Yet Spears’ personal life and past struggles have also earned her just as much headlines as her illustrious career. From 2006 to 2008, Spears went through turmoil and difficult life moments including divorce, child custody battles, and a death in the family, and after publicly shaving her head, undergoing several trips to rehabilitation facilities, and giving poorly reviewed public performances, Spears was committed to the psychiatric ward of Ronald Reagan UCLA Medical Center[6] and was put on involuntary psychiatric hold. These events, a still undisclosed mental illness and reported substance abuse led to Ms. Spears being placed in a court-approved conservatorship in 2008, which is still in effect today, nearly a dozen years later.[7]

Typically, individuals under a conservatorship have difficulty with running their own lives, and a conservator is in charge of making decisions for that individual, from major life choices such as moving to a different state or getting married, to the more mundane aspects of everyday life such as whether she can drive her car or where she can go shopping.[8] In the case of Spears, her father, Jamie Spears, successfully petitioned the courts in California to obtain emergency temporary conservatorship over his daughter, which was granted, yet even 12 years later, Spears is still held under her conservatorship. Her father is primarily responsible for managing his daughter’s estate, her physical well-being and medical condition, whereas Mr. Spears’ co-conservator, attorney Andrew M. Wallet, oversees her financial status.

In New York, there are usually three types of guardianships: guardianship for a minor (a minor may be in need of guardianship when their parents pass away, leave the country, or become too ill to care for the child), guardianship for an intellectually or developmentally disabled adult, or an adult who becomes incapacitated (typically, this applies to the elderly or people who are unable to make decisions due to ailments such as dementia or Alzheimer’s disease).[9] Typically, guardianships do not last for an extremely long period of time, since a child under guardianship eventually becomes of age or an elderly senior will eventually pass away.

Aside from the length of her conservatorship, just one month after it first began, Spears was already back at work: she had filmed a guest star arc on the popular TV sitcom How I Met Your Mother in February 2008 and then throughout that same year, she won three MTV Video Music Awards, released her sixth album Circus, filmed an MTV documentary entitled Britney: For the Record, and ended the year by announcing the start of her seventh concert tour, The Circus Starring Britney Spears, which spanned parts of the globe including the US, Europe, and Australia. Since then, Ms. Spears has released three more albums, embarked on several more tours, worked as a judge on the talent competition show The X-Factor, completed a four-year residency in Las Vegas, and continued launching successful business franchises, including new perfumes and a lingerie line.

Spears’ current net worth is estimated to be $60 million according to court documents filed as recently as 2019[10] and she is listed as the fourth-best selling album artist in the US, with over 100 million records sold worldwide.[11] Experts state that it is highly unusual for a young adult in her twenties and thirties who has remained so busy career-wise, is earning millions of dollars, and has successfully worked for over ten years to remain under a conservatorship, even though Spears is reported to have an undisclosed mental illness and her long-time medication stopped working last year.[12]

Typically, conservatorships are less common for those suffering from mental illness, with studies showing that one out of five American adults suffer from some type of mental illness and only a fraction of those individuals need the assistance of a court-appointed guardian or conservator.[13] So why is Ms. Spears still under the reins of her father and lawyer? It’s a question many have asked, particularly loyal followers of the #FreeBritneyMovement, an online campaign that originated way back in 2009 on a Spears fansite, formulated to raising awareness about releasing Ms. Spears from the alleged legal constraints she is under.

And the dedication does not stop there: fans have held protests outside of each court hearing related to the conservatorship with signs pleading for her release and followers have even expressed their worry on social media, with commenters frequently requesting Spears to follow cues such as “wear yellow if you need help” or “wear black if you’re sad”.[14]

This has led to more emphasis being placed on conservatorship or guardianship abuse in the legal community, and it has been stated that since “… guardians have an extraordinary ability to limit incapacitated people’s rights to both liberty and property, an early investigation of guardianship abuse by a U.S. House Committee report called guardianship ‘the most punitive civil penalty that can be levied against an American citizen.’”[15] Meanwhile, others advocate that when an individual is not able to conduct their own affairs, a conservatorship is necessary in order to protect not only that person’s finances and livelihood, but often times it is crucial to protect the conservatee themselves.

It is clear fans, followers, and members of the public in general have concerns about Spears, which has led to the wider community questioning conservatorships in general. There is no doubt Spears’ extensive and longstanding conservatorship is an anomaly, yet there is an increasing need for guardianships across the U.S. and in New York specifically. In this state, there are 3.7 million individuals who are over the age of 60, and the number of people with Alzheimer’s is expected to increase by 21% in the next five years,[16] meanwhile 1 out of every 5 New Yorkers indicates symptoms of a mental disorder, demonstrating that mental illnesses “… continue to be common, widespread and disabling.”[17] The rates of the individual ailments for which conservatorships or guardianships are typically reserved for, including mental illness, old age, and incapacitation are rising, and so is, thankfully, our society’s dedication to speaking out about such difficulties and providing resources for it. As such, there is a chance we will see more types of guardianships and conservatorships surface as time goes on.

As for Ms. Spears? Back in May of this year, a judge extended her conservatorship until August 22, 2020[18] and her latest court meeting with a judge to be conducted via Zoom was allegedly crashed by unknown fans or followers.[19] Whatever the outcome of Spears’ arrangement may be, it is evident that her set-up has sparked questions regarding conservatorships and how they will affect our wider legal landscape going forward.

Elizabeth Vulaj is an attorney admitted to practice in New York and New Jersey, with prior articles published in The New York State Bar Association Journal, Law360, and the Santa Clara High Technology Law Journal. She practices extensively in commercial litigation and intellectual property law and holds a J.D. from CUNY School of Law, as well as a M.A. in journalism from New York University and a B.A. in journalism from SUNY Purchase. 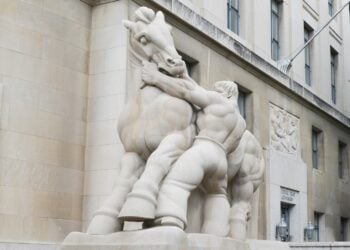