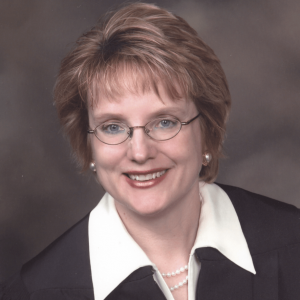 Minnesota’s justice system has been tried and tested by a once-in-a-generation public health crisis. COVID-19 has forced us to rethink how we preserve access to justice for the people of Minnesota, while making every effort to protect the health and safety of those who serve in and rely on our courts. The work of Minnesota’s bench and bar during this time has been inspiring, and the lessons we have learned serve us well as we continue to navigate this pandemic.

It is remarkable to think about how far we have come since the virus first arrived in Minnesota. Our justice system responded by shifting our courtrooms into the virtual world, using remote hearing technology to hear and resolve cases. As conditions improved over the summer and fall, we collaborated with public health experts to carefully and safely resume in-person hearings and jury trials in high-priority matters.

By October, our district courts were holding more than 3,500 hearings each day either online or in socially-distanced courtrooms – nearly the same number of daily hearings held before the pandemic. This success in the face of an unprecedented challenge is a testament to the dedication, innovation, and perseverance of both the bench and bar.

While we were proud of this progress, we were also prepared to respond to the evolving threat of this virus. As infection and hospitalization rates spiked in November, we made the diffi cult decision to dial back nearly all in- person court proceedings through January 31.

Judges, staff , and attorneys have grown skilled at working in a virtual environment, and our courts have become much more efficient at holding online hearings. Through January, our justice system will use everything we learned in 2020 to hold as many hearings as possible in online courtrooms. When conditions improve, we will have ready-built transition plans and safety protocols in place to once again bring back more and more in-person proceedings.

It has been said: “On the other side of a storm is the strength that comes from having navigated through it.” (Gregory S. Williams, author). Minnesota’s justice system is stronger and more resilient than we were at the front end of this crisis. Thank you for everything you have done – and will do – to provide access to justice for the people of Minnesota.