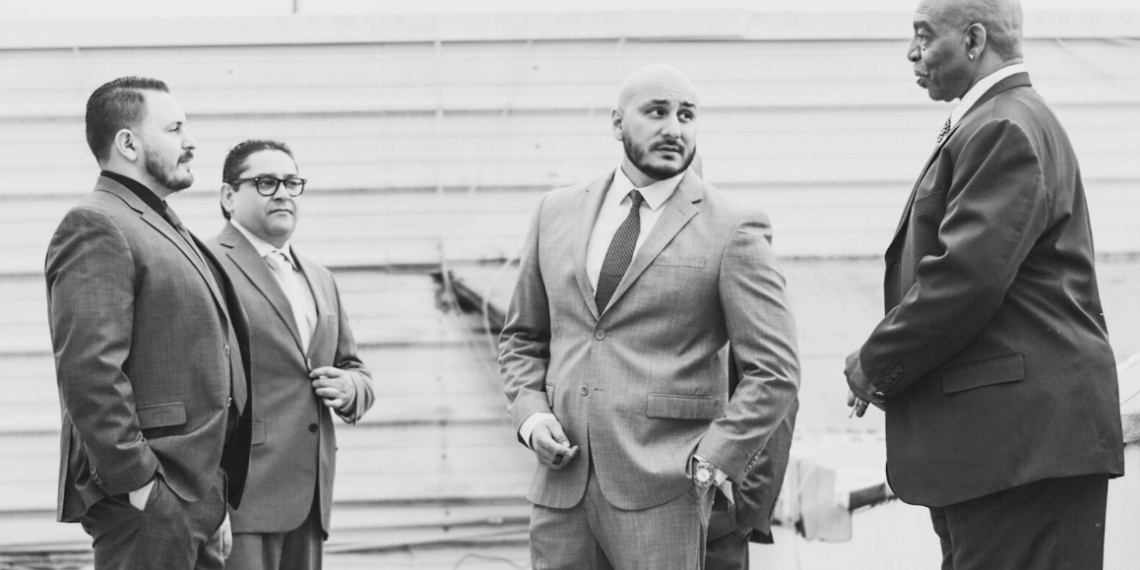 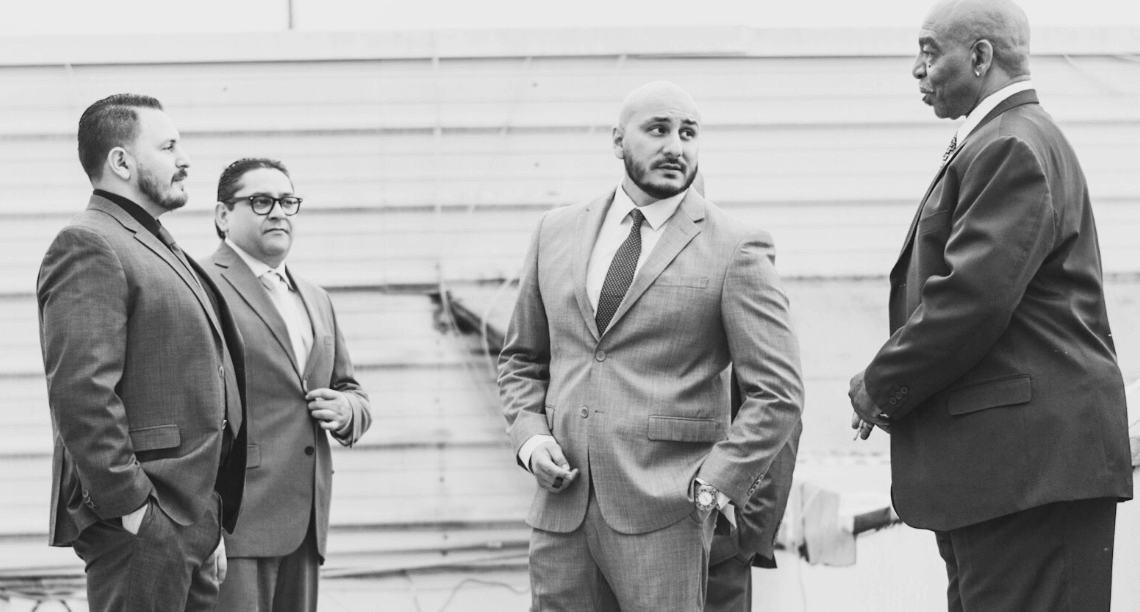 Unlike Monopoly, real life does not come with a “Get Out of Jail Free” card. We mortals rely on the services of companies such as Rapido Bail Bonds. And, while most bail bonds vie for names that begin with “A” or the number 1, for better placement in the yellow pages, owner Mario Meza has never concerned himself with such strategies. From day one, Rapido Bail Bonds unquestionable success has been based almost exclusively on attorney referrals. Over the years, the business has continued to grow along with Meza’s stellar reputation, primarily through word of mouth. Your senses won’t be jarred by blaring TV or radio ads either. In fact, their name is conspicuously absent among the collage of business cards and flyers found in local jails.

“We don’t believe in crazy advertising,” says Meza. “Just like our services, our referrals are handled discretely coming from some of the most preeminent attorneys in the state. We also have a significant Hispanic market that has developed by word-of-mouth.”

While it would be contrary to everything Meza and his staff stand for to divulge any names or specifics, suffice to say that many Hollywood celebrities, preeminent sports figures, and even a few well-known political figures have called upon Rapido Bail Bonds either for themselves, family, friends or entourage.

“We don’t just bail out the elite themselves, but also their children, friends, mistresses, etc., and we do it in a confidential and discreet manner,” says Meza. “You won’t catch any of our agents selling a person’s story on TMZ.”

As the saying goes, “actions speak louder than words,” and Meza’s claim to fame has been providing reliable, individualized and circumspect services to all his clients. Known in most circles as the “Bondsman to the Stars,” he and his team are not only sensitive to preserving the privacy of the rich and famous, they are equally discreet when dealing with the guy down the street.

“Being arrested is hard enough without worrying that by securing bail, your situation will be tomorrow’s headlines or the topic of neighborhood gossips,” says Meza. “We’re respectful of all our clients, and try to make the process as stress-free as possible.”

Much like its name, Rapido Bail Bonds has grown quickly, garnering a reputation for both reliability and professionalism. Yet Meza is quick to acknowledge and express appreciation for the fact that its origins were launched with the support of local attorneys. As a law school graduate himself, Meza worked for a time as a paralegal where he established friendships with many professionals within the local legal community.

“I came from a criminal defense background,” he says, “and naturally met a lot of attorneys. Fortunately, I had made a favorable impression with my work ethic and honesty, so when I opened Rapido I had at least a dozen attorneys who were happy to refer clients to me in the very first month.”

Meza’s efforts to maintain these relationships includes collaborating with many private nonprofit, county and state agencies, in a proactive effort designed to assist clients and their families to find measures and programs that might minimize sentencing or length of incarceration.

“We don’t just offer the financial resources, but try to anticipate what steps clients might take in advance of their trial or sentencing hearing that could impact the severity of the sentence,” he says. “We have a pool of resources who are available to assist our clients and their families with proactive programs that might help minimize any incarceration time during conviction and/or sentencing.”

This care and concern does not end with the client’s release; in fact, according to Meza, this is just the beginning of their service.

“We provide our clients with the initial opportunity of freedom, to prepare their defense, by getting them released,” he says. “Then, during the time of bail, we can direct clients to those professionals that may be able to redirect and change some concepts and dilemmas in their lives, which may have a positive outcome in their criminal case.

“This is the final process to restore and reunite! The Rapido Bail Bonds family takes this step – reuniting clients with family and friends and restoring self-confidence – very seriously. Knowing you are surrounded with the people that care for your well-being and success is the backbone of our process.”

The Psychology of Bail

It’s not just adhering to a respectful code of ethics that sets Meza’s company apart. One of the reasons he has accrued such a substantial roster of prestigious attorney referrals is due to the great lengths he and his staff are willing to go to ensure each client has the best possible experience in a notoriously unpleasant situation.

“It’s not uncommon for an attorney to request our presence at the arraignment or bail hearing, even though it’s not necessary,” says Meza. “Typically, it’s because their client is feeling nervous and insecure, and they want the reassurance of having us on hand. Understandably, they do not want to sit in jail for a minute longer than necessary. We are happy to oblige at no additional cost.”

Meza and his employees have extended themselves in other ways as well. For instance, Meza tells of a client who recently called while on a business trip to Dubai. His son had been arrested, and, rather than let the kid sit in jail until he returned the following week, the man contacted Rapido Bail Bonds. They not only expedited the bail, but waited for the son to be released, calmed him down and drove him safely home.

“I’ve met clients in their homes, offices and hotel rooms,” says Meza. “Really, we’ll go wherever is comfortable and private if that makes the client feel more at ease. Most importantly, we are non-judgmental. Everyone makes mistakes now and then, and believe me over the years I think I’ve seen just about everything, so there’s no place in this business for judging others.

“We never forget we are dealing with flesh-and-blood people,” he adds. “People who have families, jobs and a reputation to preserve. They are never just bodies to us — or numbers. You might think our only obligation is to arrange the paperwork and funding to move them through the process as quickly as possible, but that’s only the ‘bones’ of our business.”

Meza goes on to explain that there’s a great deal of compassion and psychology that’s required. “A large part of our role is that of sympathetic listener and counselor,” he says. “You can imagine the anxiety people experience in these situations. We play a role that typically their attorney either cannot or doesn’t have the time to, such as being there for them to vent or talk them down from the ledge so to speak. Frequently, all they want or need in these situations is reassurance.”

Even in the instances when it becomes necessary to surrender a bond (client is a no-show to court or becomes mysteriously unreachable at the known address or phone number), Meza and his team resolve the problem with calm professionalism.

“My first call will be to their attorney,” he says. “Many times, there’s a very good explanation, and by giving them the courtesy of a phone call, the attorney can avoid further embarrassment and complications for their client.

“In cases where the client actually runs, we still approach the situation with dignified professionalism,” says Meza. “You see these bounty hunter TV shows where it looks like a three-ring circus. That’s not our style. We are only interested in handling the situation quietly and professionally, not drawing further attention to the person.”

Beyond the business side of Rapido Bail Bonds, Meza is a huge proponent and supporter of various community-minded organizations. It was this interest and compassion that led to his own innovative program for individuals suffering from addiction.

“Addiction is the catalyst for many crimes,” he says. “The courts and jails are almost like a revolving door for some of these people, many of them just kids. In response to this, we’ve put together a strictly case-by-case, volunteer option for the families and friends of addicts.”

Meza’s idea is to offer an optional program to those posting bail for a loved one, friend or colleague in the throes of addiction. He proposes adding a codicil to the bail that requires the addict to either enter a drug rehab program, attend regular meetings or some other form of professional help. Meza will even add a GPS monitoring device, should the person posting bail think it necessary.

Pasadena Recovery Center, featured on TV’s “Celebrity Rehab” with Dr. Drew, is one of the partners in this humanitarian effort. Owner and CEO Mike Bloom has been working in this field for nearly 20 years, and says he and Meza have worked together for nearly as long.

“Making treatment a condition of bail is such an innovative alternative,” says Bloom. “Basically, it’s the ‘real thing’ experience that an addict needs to help them turn the corner. It forces change. People don’t want to become addicts, but most addicts don’t want to or can’t stop. With a program like this in place, you’re essentially pushing them to make a choice between seeking help and sobriety or jail. It’s a pretty good motivator.”

“I’ve seen the agony many parents go through,” Meza adds. “They are torn between letting their child stay in jail or posting bail knowing as soon as the kid is free, they’ll be right back out there using. Our program is a viable alternative. I’m not saying we’ve had 100 percent success, but we have seen some wonderful results.”

On A Personal Note

Married to his high-school sweetheart, Meza is the father of three, so he knows something about being a parent. While his business requires much of his time, he is first and foremost a family man, enjoying helping coach his son’s football team and attending his daughter’s dance recitals.

“Ultimately,” he says. “I believe that people are basically good and we want to help. That’s why our slogan is, ‘A service that bails, gives hope and reintegrates.’”