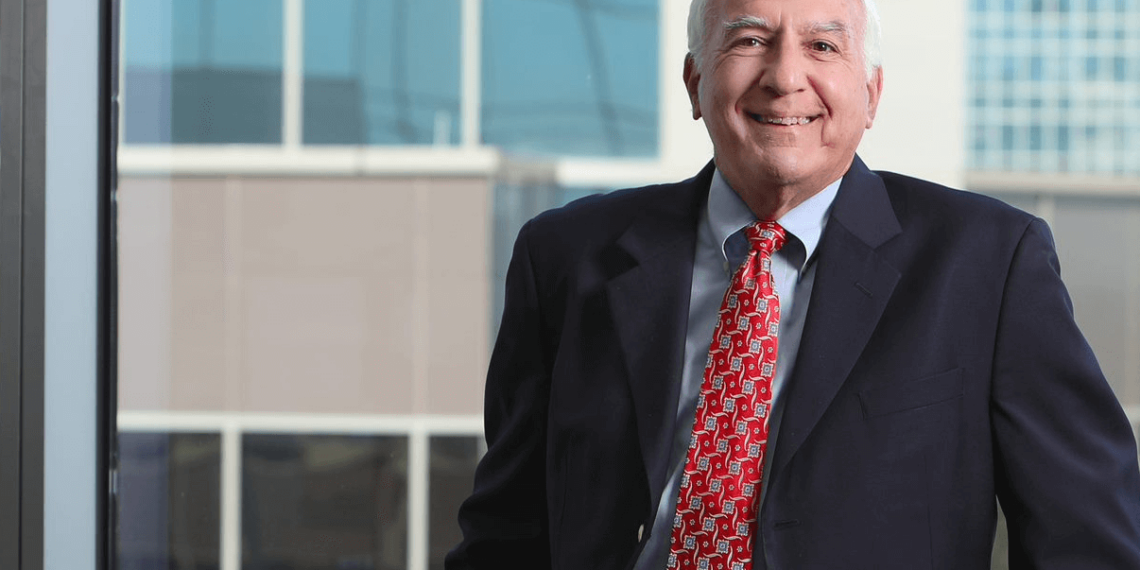 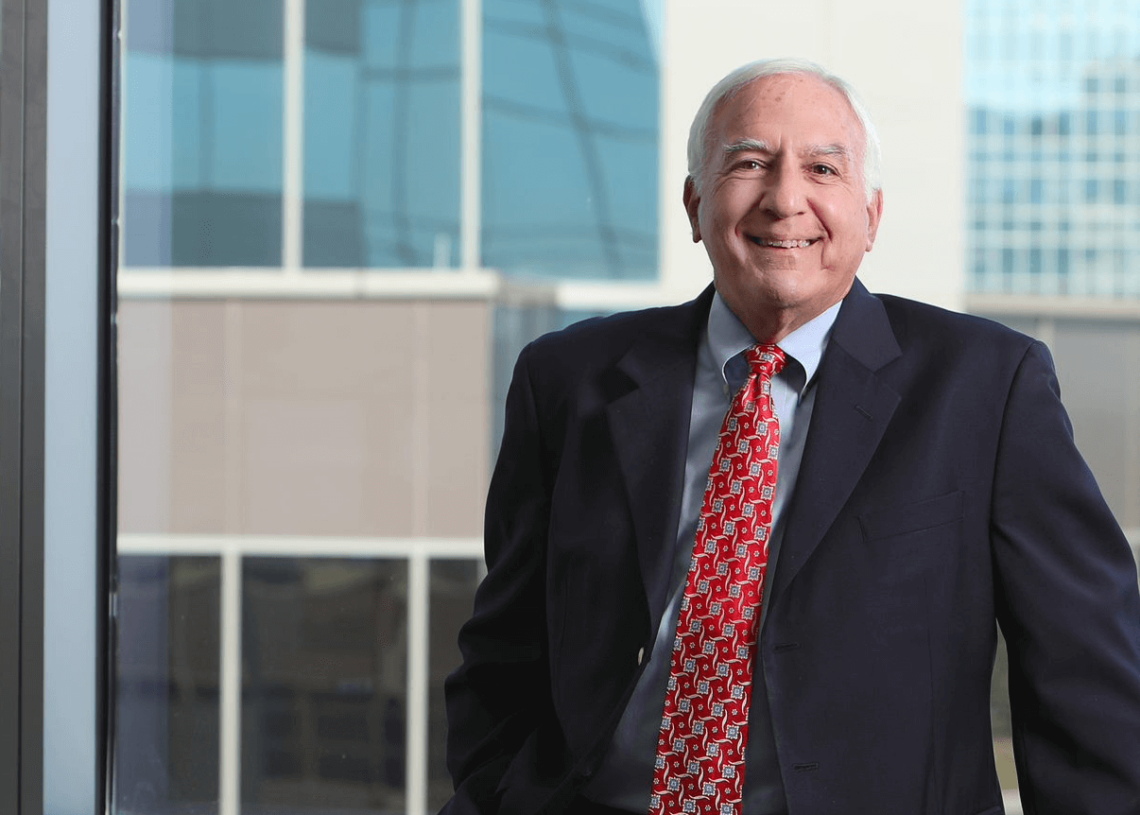 Attorney at Law Magazine Phoenix spoke with Michael R. Palumbo, a litigator at Jennings, Strouss & Salmon P.L.C., about his time playing central defender for the LaSalle University soccer team for the Athletes in Law 2020 issue. 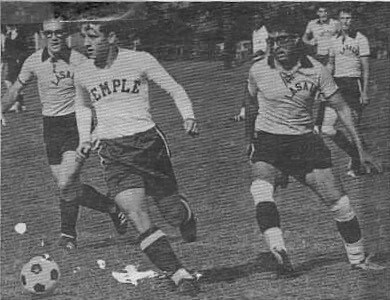 MRP: At my college, the soccer team was a quasi-club sport. We played in a league where most of the other teams had scholarship players. There were no scholarship players on the teams on which I played.  Clearly, we were the underdog in most of our matches. It was very important that we maintained a positive outlook as much as possible in order to be as competitive as possible. This was particularly important for me, as I was the co-captain of the team. Motivation was a key factor: motivation to keep to the training regime, motivation to practice, motivation to represent our school in the best possible manner, and motivation not to let our teammates down. I took these lessons with me to my legal career. They have informed my practice many times.

MRP: Pele is the soccer player who I admired the most. There was no equal to Pele on the field. Yet, he was a humble, kind man. I once had the opportunity to meet and speak with him. There were no airs; he looked you straight in the eye and focused his attention on you. He made you feel important. I learned selflessness in the face of notoriety, which is really a part of humility. Humility is necessary for selfless leadership.

The lawyer who I most tried to emulate was my twin brother, Tony Palumbo – Palumbo, Wolfe and Palumbo. He went to law school eight years before I did. So, he was well into his career and earning his reputation for being one of the best and most ethical plaintiff’s personal injury lawyers in the state of Arizona. He and I would talk about the practice of law all of the time. He instilled in me qualities that are important to a successful, ethical practice of law. I tried to emulate his attributes.

AALM: What is your favorite sports quote from the sport you played?

MRP: I have two. The first is from Pele. “Success is no accident. It is hard work, perseverance, learning, studying, sacrifice and, most of all, love of what you are doing.” The second is from Mia Hamm. “I am a member of a team, and I rely on the team. I defer to it and sacrifice for it, because the team, not the individual, is the ultimate champion.”

MRP: Soccer movie – “Goal” – This movie tells the story of Santiago Munez, a Mexican immigrant working dead-end jobs in California with dreams of one day playing professional soccer. The film is set in the northeastern English town of Newcastle-upon-Tyne. It shoots the soccer scenes almost perfectly, and the culture shock it depicts between sunny USA and the gritty North East of England is a borderline work of art. It endures now as, arguably, the best feature film to actually document the English Premier League in any significant way, with Munez quickly rising through the ranks at Newcastle United alongside a number of the club’s real players and the fictional Gavin Harris. Filmed in parts in front of the 52,000 strong faithful at St James’ Park gives Goal! a genuine feel that few other films have ever since matched.

Lawyer movie – “To Kill a Mockingbird,” the film adaptation of Harper Lee’s classic novel. The protagonist of the story is Atticus Finch, a lawyer in a small Southern town in the 1930s who is charged with defending an innocent black man in a trial for the rape of a young white woman. Although the courtroom scenes add much to the dynamics of the movie, the movie does not focus so much on the trial tactics or litigation strategies of the lawyer; rather, it is more of a movie about the character of the lawyer in the face of negativity and prejudice. From the movie, we learn that values such as empathy and compassion can overcome entrenched bigotry and profound ignorance. We also learn of the courage that is necessary to take on a very unpopular cause. Atticus Finch cares less about popularity than about doing what’s right and earning the respect of his children. So, there is a lot about character that can be taken from the film.

MRP: Selflessness, discipline, hard work and intelligence are personal attributes that make a good leader in any context. Someone who models these characteristics will earn respect, which is at the heart of true leadership.

MRP: When I was an adolescent I used to go to sleep dreaming that I would grow six inches overnight, so I would be tall enough to make the school basketball team. But, alas…..

MRP: Bill Bradley, an all-America basketball player for Princeton University in the mid-1960s. He led his team to the 1964-65 NCAA Final Four and he was named MVP of the tournament.  He was the only undergraduate player to make the 1964 USA gold medal Olympic team.  He went on to play professional basketball for the New York Knicks during the team’s heyday period under Red Holtzman in the late 1960s-early 1970s.  After his professional basketball career, Bradley won election to the United States Senate, where he served four terms, from 1978-2000. The thing that I most admired about Bradley was that he combined great success on the basketball court while at the same time maintaining top-notch academic performance. Additionally, he was a very accomplished basketball player without having the stereotypical physique of basketball player. His athletic success came from discipline, hard work and intelligence. Those were characteristics that I could emulate, and I have always kept them in mind as I grew into adulthood.

Mickey Mantle, Hall of Fame Centerfielder of the New York Yankees was another of my boyhood idols. Growing up in New Jersey, the Yankees were my favorite baseball team.  Mickey Mantle was the best player on the Yankees. He had legendary athletic ability (in today’s parlance, he was “a five tool player”.)  He had movie star good looks. He was everything a young kid wanted to be. Whenever we (the boys from the sandlot) picked up teams to have a game, I claimed to be Mickey Mantle, and, no doubt, had to meet a challenge from one of the other kids to keep that honor.

MRP: After I received my undergraduate degree, I became a teacher and varsity soccer coach at my alma mater high school. I modeled myself after Maurice Rousell, who was my coach in high school.  Mr. Rousell reflected the following description of a coach: “I am a coach because of the kids and the passion I have for the sport itself. There is no other feeling quite like helping young athletes further develop their natural persistence, determination, discipline, dedication, resiliency, work ethic, heart, leadership skills, connection with, and respect for others, not only in competition, but in life!” I tried to be true to the spirit of that statement.

Favorite Soccer Movie: Goal
Favorite Legal Movie: To Kill a Mockingbird
Favorite Soccer Quote: “Success is no accident. It is hard work, perseverance, learning, studying, sacrifice and, most of all, love of what you are doing.” — Pele
Soccer Hero: Pele
Legal Idol: My twin brother, Tony Palumbo
Other Sports He Wanted to Play: Basketball
His Mantra:Attitude is everything in every context!