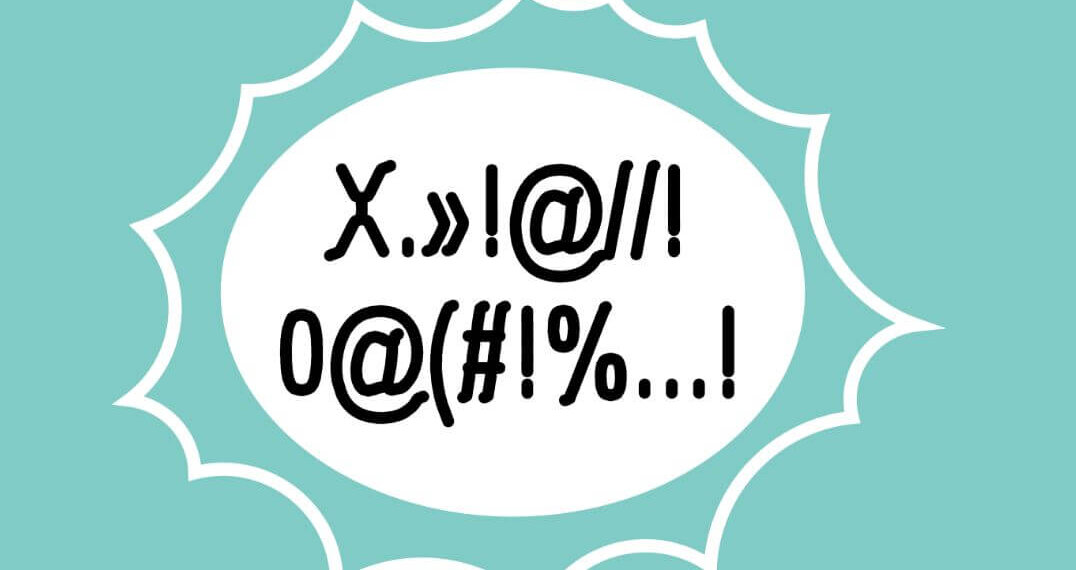 A good rule of thumb for most is to keep profanity out one’s work product (unless you’re a rapper; and then it’s expected). Decorum in the courtroom is important, as well as in our day-to-day interactions. Just as you should not utter certain words in court, it is likewise important not to put them in writing. The same is true when writing a patent application, and we’re not just talking about George Carlin’s “Seven Dirty Words You Can Never Say on Television” (check it out on YouTube – NSFW).

To put this discussion of “bad language” in context, you need to understand patents just a bit, and how a patent is interpreted for infringement purposes. A patent is a document that includes words and drawings (usually) to disclose the creative work product of one or more inventors. You would think we would naturally call that work product “the invention” but that may not be prudent, as explained below.

Each patent includes two significant components: (1) a specification that explains “the invention” in enough detail that someone reading the patent can replicate the work product disclosed, and (2) one or more “claims” that define the scope of protection afforded by that patent. There is an art to patent drafting, as you must specifically and completely disclose the work product of the inventor(s), while also wanting to craft the patent’s claims with language that allows the broadest possible interpretation of those claims for infringement purposes.

In an infringement action, a federal judge will determine the meaning of any disputed words in the claims of the asserted patent in a Markman hearing. Sometimes the judge will consider the patent’s specification to help divine the meaning of words in those claims. Consequently, there are some words you really don’t want to use in a patent, in order to avoid an unnecessarily limited interpretation of the patent’s claims – an interpretation that may lead to a ruling of non-infringement. Again, we’re talking about words you don’t want to say or use in the courtroom (at least in a patent).

Here are examples of these types of words (hence, words that constitute “patent profanity”):

Some words should be avoided because they set hard limits, and thus limit the scope of the patent’s claims. Such words include: always, never, must, only, solely, all, absolutely, every, needed, required, none and the invention is.

An example: “Our widget must include three layers [of something].” If a patent’s specification discusses features of “the invention” using such terms, even though those words don’t appear in the patent’s claims, these hard limits may ultimately be read into the claims and thus narrow the scope of the patent, via judicial claim interpretation.

An example: “It is important that our widget have three layers [of something].” The use of terms like these in a patent’s specification, or even in the context of arguments made to the Patent Office in attempting to secure the issuance of the patent, have been latched onto by judges as showing the intent of the inventor(s) regarding the scope of that patent’s claims. The consequence again is a judicial claim interpretation that may unduly narrow the scope of the patent’s claims.

OK, here’s where the concept of patent profanity borders on the ridiculous. Imagine you are an estate planning attorney, but because of prior judicial interpretations you shouldn’t use the word “estate” in the estate planning documentation. In the patent drafting universe, many suggest that you should avoid all use of the word “invention” in a patent.

Wait. What? Our U.S. patent laws arise from the constitutional clause that secures to inventors exclusive rights to their discoveries! Aren’t those discoveries what any reasonable person would call “inventions?” You might think so, but because of some court decisions, most patent drafters now include the word Invention on their list of words not to use in a patent. Why? Because if a patent’s specification states that “the invention” has a specific feature or property, then much later (like, many years later) that specific aspect may be incorporated into the claims via judicial claim interpretation (resulting almost always in a narrower claim interpretation than what the patent owner wanted).

The upshot of all this is that many patent drafters, trying to avoid this possibility, simply don’t ever refer to the invention in a patent application about that very invention. Sometimes profanity can be a perfectly accurate way to express an idea. But like your grandma probably told you, “Just because you can, doesn’t mean you should.” Z. Peter Sawicki and James L. Young