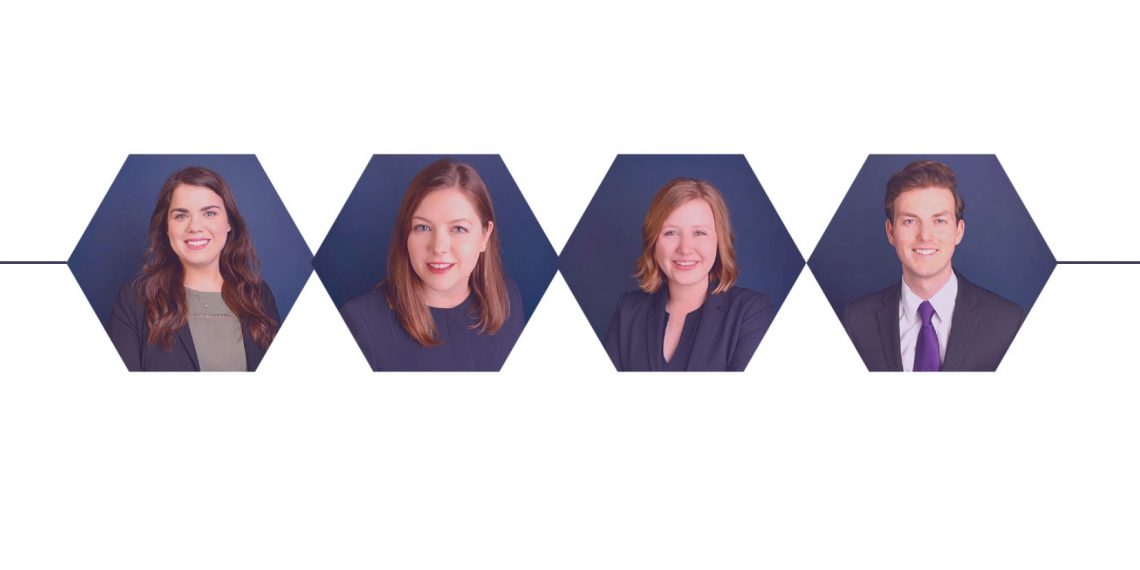 Robins Kaplan associates shattered the single-firm record for the Associates’ Campaign this year, raising over $14,000. The campaign, started by a group of associates in 2003 in conjunction with The Fund for Legal Aid’s annual One Hour of Sharing Campaign, typically raises over $100,000 for Legal Aid each year. This year, with Robins Kaplan leading the way, the campaign raised a record $126,000.

Kelsey McElveen, a four-year veteran of the campaign, joined Ashleigh Leitch from Best & Flanagan LLP to lead the effort. The two lead co-chairs laid the strategic groundwork and invited 11 co-chairs from local firms. The co-chairs recruited 81 captains from 61 firms to spread the word about Legal Aid’s work and engage in a friendly interfirm fundraising competition.

McElveen relied on strong internal leadership at Robins Kaplan while she focused on overall campaign strategy and logistics. Veteran firm captain Emily Niles invited Ena Kovacevic and Seth Zawila to round out the 2020 leadership team.

“Legal Aid does such critical work to ensure that people have access to justice and that’s an easy cause for everyone to get behind,” Niles says. “We use the campaign as an opportunity to bring associates together and build community around our firm’s core values.”

Initially, the Robins Kaplan team had concerns about the effect of the pandemic on the campaign. The firm’s tradition of holding the top spot and reputation as the engine that drives the entire campaign are points of pride. Between uncertainty of the times and the difficulty in making personal contact in a remote work environment, they feared participation might drop.

“We had big shoes to fill,” notes Kovacevic. “But Emily and Kelsey laid the groundwork, and the disparities and need for equal access to justice in our community were especially clear this year. We had the power of tradition behind us, and we were so pleased when our associates gave more than ever.”

The captains asked around 10 first- and second-year associates to join the team as solicitors. That team met throughout the Campaign, building camaraderie, and helping each other make personal contact with every associate at the firm.

“Part of our success comes from involving associates at an early phase of their career. We get a lot of enthusiasm from junior associates,” says McElveen. “With so many involved, each of us is responsible for just a few asks – usually to our closest friends and colleagues.”

“We don’t push people to give at that level, but we do ask them to contribute the equivalent of one hour’s billing,” McElveen says. “Most senior associates give at a high level and set the example.”

“It’s hard to say no when you see such generosity in the community and at your own firm,” agrees Zawila. “One of the reasons I went to law school was to help support justice. There’s not enough representation for low-income folks, and the Legal Aid campaign helps with that. Justice can be an amorphous concept, but you know it when you see it.”

McElveen will continue as a lead co-chair in 2021. Niles, Kovacevic, and Zawila plan to lead the internal effort again.

“Three things I love about working on the Campaign,” says Niles. “First, it’s so fun to build community at the firm and develop new friendships. Second, we’re giving back to our Minnesota community. And third, we love to knock it out of the park every year.”