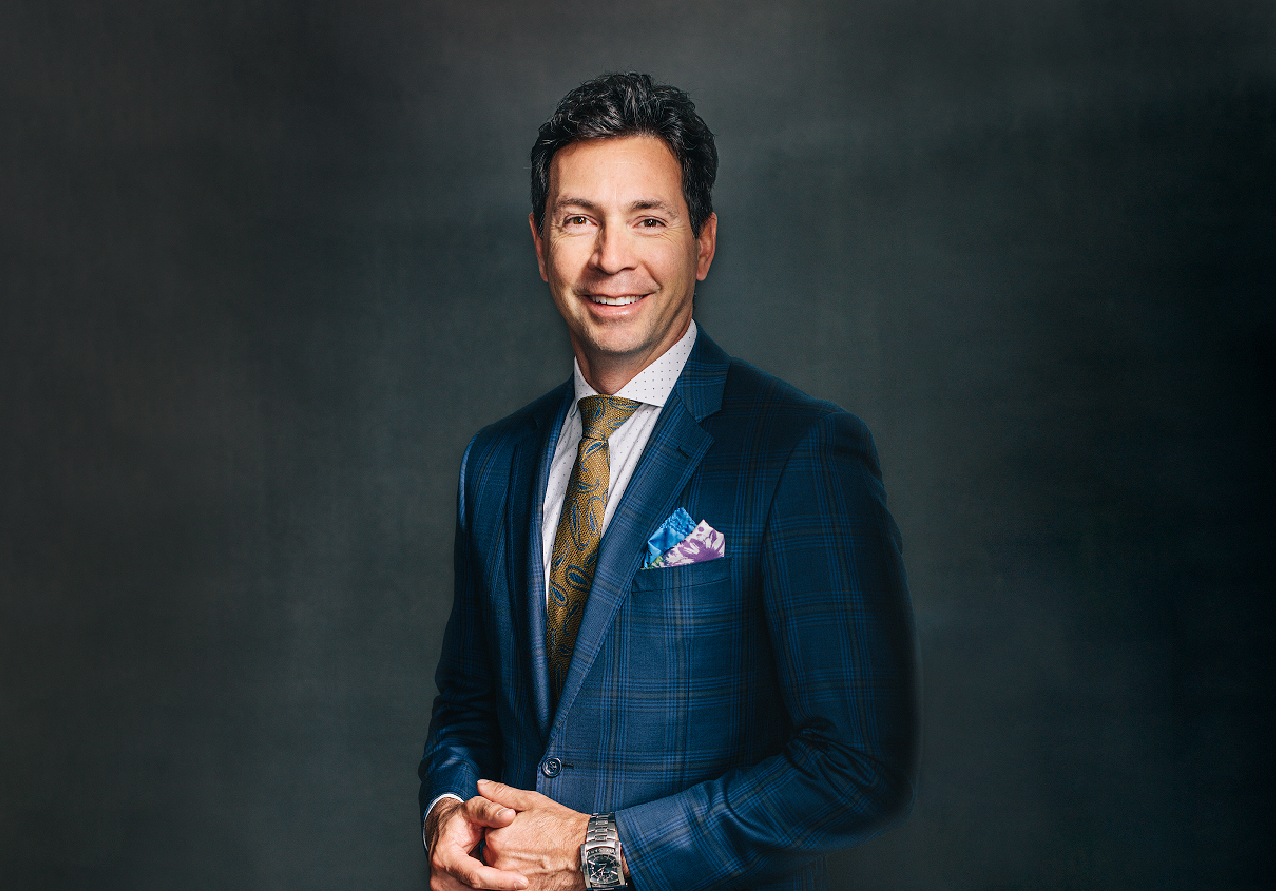 Founder and managing attorney at Vohwinkel Law, Rory Vohwinkel is recognized as one of Nevada’s most successful bankruptcy attorneys having filed thousands of Chapter 7 and Chapter 13 bankruptcy cases. Practicing in Las Vegas for nearly 20 years, Vohwinkel’s vast experience and insight into how creditors and lenders operate and how they take advantage of people with predatory lending tactics, has made him the go-to attorney for thousands of Southern Nevadans.

In a recent conversation with Attorney at Law Magazine writer Susan Cushing, Vohwinkel discussed his career, private life and thoughts on our judicial system.

RV: When I was a kid and was asked what I wanted to be when I grew up, I always answered with lawyer (there was also a time when that answer would have been an astronaut, but I was too tall to be a pilot, so that dream was short-lived). In college, I initially focused on a business degree, but nothing really interested me and to be honest, as graduation approached, I really wasn’t sure what I wanted to do. I had a decent job lined up in Silicon Valley for a tech company, but after evaluating the job, I decided I didn’t want to spend my life sitting in a cubicle. I eventually chose to take the LSAT and pursue law school. I liked the idea of getting a JD/MBA, a combined law and business graduate degree, but once I settled into law school, I found the idea of a legal career very interesting and the attractiveness of the combined JD/MBA began to fade.

RV: For the first five years of my career, I worked as an associate attorney in the real estate transactional department for a large firm in Nevada. We did commercial loan opinions, purchase agreements and leases for office buildings and shopping centers, zoning work, and title searches. I then went in-house for a commercial real estate brokerage and investment firm for two years, but when the recession hit in 2008, the commercial real estate market crashed and work quickly dried up. Many of my friends were real estate agents and mortgage brokers, who would tell me about their clients who couldn’t make their mortgage payments and were losing their homes. It led me to open my own practice, where I could help people deal with the effects of the recession, whether that be through loan modifications, short sales or bankruptcies.

AALM: How would you describe the team dynamics within your firm?

RV: We all have well-defined roles within the company and the systems we have in place have evolved over time, so they’ve been fine-tuned and have proven to work well. I don’t believe in micromanaging, so it’s important to have the right people in place that function well in their defined role and that is what has allowed us to be successful. We’ve all been working together for quite a long time. We’re like family and I’m very fortunate to have such a great staff.

AALM: What do you find most rewarding about your work?

RV: Without a doubt, one of the most rewarding aspects of my job is being able to guide people through what is likely one of the most emotional and stressful times of their lives. Financial hardships can really take a toll on people and to know, once they leave my office, they will finally get a good night sleep, is really rewarding. To be able to give somebody a fresh start is a great feeling.

AALM: You and your wife are active in a variety of community organizations, could you briefly talk about the significance of that involvement?

RV: My wife and I are firm believers in being involved with and supporting community organizations and charities. Giving back, whether monetarily or through volunteering, makes for a stronger community and is something I really believe in. We’re proud supporters of the Human Rights Campaign, the nation’s largest LGBTQ organization. We strongly believe everyone has the right to love, be with or marry whomever they want without fear of being discriminated against.

I’ve also made it a point to give back to my alma mater. I am a proud supporter of first generation students at Santa Clara University, which helps students prepare for the difficulties of attending college. As a first generation college student in my family, I remember some of the challenges I faced while attending college and appreciate a program that provides a support system for students who may not have it elsewhere.

AALM: While in law school, what kind of career did you imagine and how does your practice differ today from those ambitions?

RV: While I was in law school, I focused on becoming a real estate transactional attorney. I received an A in my contracts class, which led me to believe I was destined to become a corporate real estate lawyer. As time went by and I got more of an idea of what the actual day-to-day looked like in corporate law, I came to the realization it wasn’t for me. I wanted something where I could make a difference. Bankruptcy law gives me the chance to work side-by-side with clients and really have an effect on their lives.  To help people get their lives back on track is extremely rewarding.

RV: A San Francisco City Attorney I once clerked for gave me some great advice. He told me that on your death bed you’ll never wish you had spent more time at the office. I’m passionate about my work and take it very seriously. But when I look back, I hope I can say I spent time with the people who mattered most to me and did the things I am most passionate about.

RV: Sometimes just having the courage to show up every day is more than enough to get you where you want to go. You’d be surprised what you can accomplish by just being persistent and never giving up, even when you’ve been knocked down and things don’t seem to be going your way. It’s a lesson I’ve used in my personal life and one I like to impart on clients who are going through tough times.

AALM: Please share with us a case that you’ve handled over the course of your career that has impacted you personally or professionally.

RV: One of my few litigation cases involved a Nevada family that was fighting over a parcel of land. The family owned a successful company and several land holdings that were worth hundreds of millions of dollars. As with many situations involving family businesses and large amounts of money, there were certain family members who felt others were not contributing enough to the business. When it came time to split the proceeds from the sale of a particular piece of land that only had a small portion of the family names on the title, the Las Vegas contingent of the family wanted to hold the proceeds for themselves, rather than include the rest of the family who lived in Northern Nevada. In the end, the Southern Nevada contingent won the case and instead of 12 people receiving $1.2 million, eight people received $2 million. But in the big picture, it meant the two sides of the family would never speak again and it would lead to the eventual breakup of the family company and its assets. I tried to put myself in their shoes, but I could never truly understand why someone would put money before family, especially when they were already wealthy and had so much to lose. I would have much rather taken the smaller profit, keep the family business together and still be able to enjoy the holidays together.

AALM: What are some challenges you see negatively impacting the judicial system?

RV: I think the cost of litigation has gotten out of control. There is a huge push to mediate cases and to involve alternative dispute resolution, which I encourage. The difficult part about getting that implemented is lawyers typically make more money if they pursue litigation, rather than settlement, and clients put principle before practicality. In my experience, I’ve found clients are much happier when they don’t have to spent large amounts of money, time and effort, just to have a judge or jury decide a case. Litigation is stressful. I recommend clients take their energy, time and money and put it into something more useful than litigation.

AALM: What are you most proud of professionally?

RV: I am extremely proud that I have operated a successful law practice for more than 10 years now. It’s extremely competitive and tough to find success, no matter the type of business. I’m proud of the work I’ve done and to have been able to give so many people fresh starts from debt or saved their homes from foreclosure.

RV: I have a passion for sports. I love the competitiveness, whether it’s watching, playing or coaching. On the weekends, you can usually find me playing volleyball or soccer, going for a bike ride, surfing or going for a hike. When I’m not actually participating in sports, I love watching them. I’m a Las Vegas native and a huge Vegas Golden Knights fan. What they’ve done for the city in such a short amount of time is truly incredible.

I also have a passion for movies. I can’t wait for the pandemic to be over, so we can all go back to the theaters. There’s nothing like going to the movie theaters, getting a big bucket of popcorn and a cold soda. It’s a guilty pleasure of mine.

RV: “Double Billing: A Young Lawyer’s Tale of Greed, Sex, Lies, And the Pursuit of a Swivel Chair” was one of the first books about law that really changed my perspective on what I wanted from the industry. It showed how cultures can work in big firms and it pushed me to want to work in-house, rather than bill hours. In terms of an actual event, when the recession hit in 2008, it re-shaped and changed the trajectory of my legal career. I went from working in commercial real estate to helping people get out of debt and starting anew.