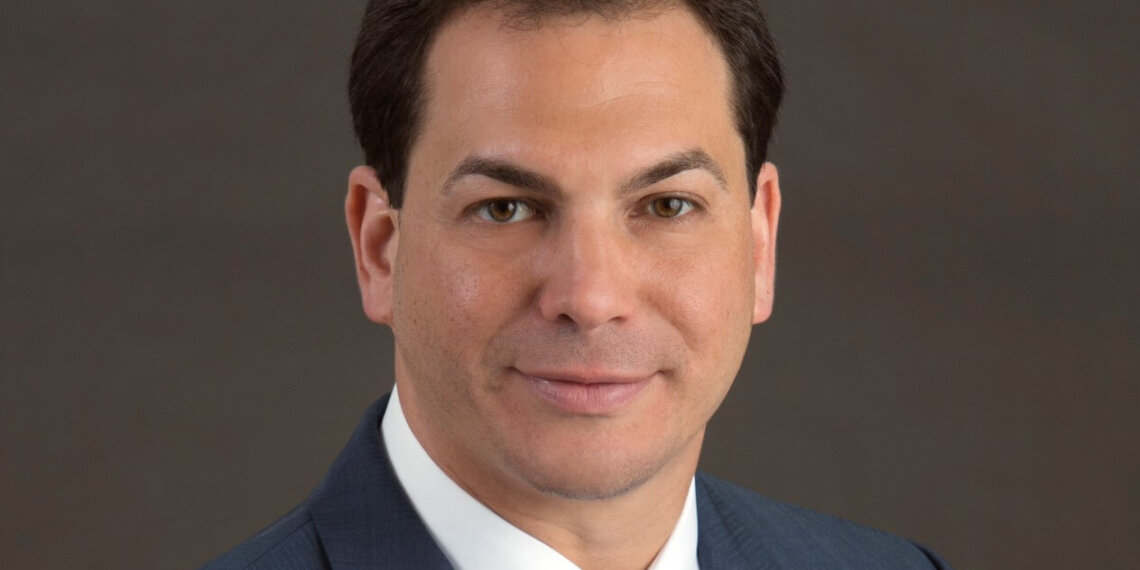 Scott Skier was literally born into the Palm Beach County Court system. His mother, Laurel Skier, was judicial assistant to the Honorable James Stewart and the Honorable Fred Hazouri for a total of 35 years. Some of his earliest life memories are playing in Judge Stewart’s chambers banging various ceremonial gavels and wrapping himself in the judge’s robe.

Throughout high school, he would sit in the back of local courtrooms to observe the proceedings.

“Many of the young lawyers I met when I was at Suncoast Community High School, in the early and mid-1990s, are currently judges in Palm Beach County,” Skier says.

One of the greatest lessons he learned in those earlier years of exposure to the justice system was the concept that everyone in the courtroom plays an equally vital role.

“Often, I have witnessed attorneys who don’t pay the proper respect to representatives of the clerk’s office, the judicial assistants or the courtroom deputies,” he says. “If I could give one piece of advice to an aspiring courtroom litigator, it would be to get to know the names of the people you work with. The clerks, deputies and assistants are as vital to the process as the judges and lawyers.”

Skier has advocated on behalf of the criminally accused since he was sworn in as an attorney in January 2003.

“Some of the best moments of my now almost 17-year career were at the Office of the Public Defender 15th Judicial Circuit,” he says. “The friendships I made with those lawyers have stuck and the mentoring from that office has not ceased. It was at the PD’s office that I learned that the most important trait for a criminal defense attorney is to always maintain composure. Stakes are tremendously high, and odds are significantly stacked against us and our clients, it is imperative that defense attorneys respect the process at all times.”

In 2006, after three years with the public defender’s office and more than 50 trials under his belt, he struck out on his own and founded The Skier Law Firm, P.A., with a focus on criminal defense.

“It sounds cliché but if one were to ask me what I am most excited about regarding The Skier Law Firm, I would answer, the day-today successes,” Skier says. “I know we help people daily. Each time we enter the courtroom as counsel for the accused, we are helping someone who has either made a mistake, or, in the alternative, someone who has been wrongly or maliciously accused. Every day we meet people at the office who are having tremendous life difficulties and are facing situations with great consequences.”

In terms of the arc of his career, the firm’s “greatest” success was an acquittal on a first-degree murder case with a firearm allegation.

“To have 12 people affirm that the government’s work was incomplete and that the presentation of the evidence was insufficient was obviously exhilarating,” Skier says. “I take great pride in the fact that I can look at a potential client and assure them that no matter the criminal predicament, we can handle the job.”

Since launching the firm as a solo practitioner, The Skier Law Firm has grown – the team he has assembled is what makes him the proudest of his firm.

The office is run by office manager and legal assistant, Chelle Smith. “In most instances, Chelle is the first person a potential client will speak to when they seek the assistance of our firm,” Skier says. “Her exemplary communication skills provide a level of comfort to clients and their loved ones during difficult situations.” to have her as our first responder.”

More than three years ago, Shaun Rosenberg joined the firm as an associate. “Shaun’s intuitive desire to help and to know how best to do so has endeared him to countless clients over the years. Shaun is a passionate advocate for our accused clients, and I am honored to have him represent the firm.”

Looking ahead to the future of the firm, Skier is certain the team will continue to represent those under criminal investigation and those formally accused of crimes. In particular, Skier looks forward to taking on more cases representing those accused by the federal government.

“The cases tend to be more thorough and, hence, more complex,” Skier says, “and I look forward to matching wits against the government’s best. Having said that, no case is too big or too small. Each client can expect the same treatment at The Skier Law Firm no matter the charge!”