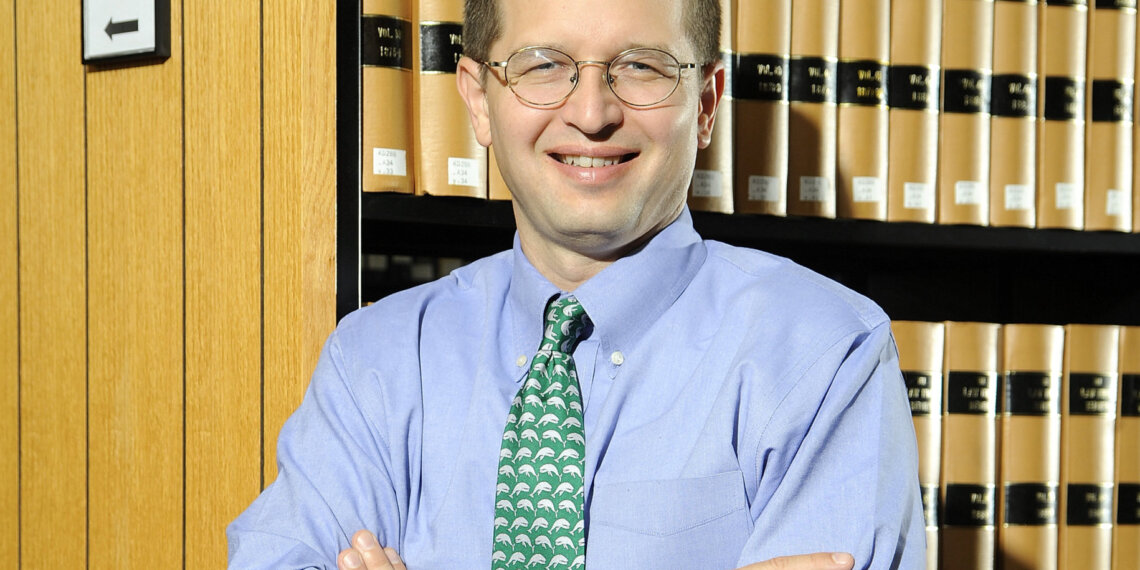 The Institute for Biodiversity Law and Policy at Stetson University College of Law has filed a amici brief on behalf of the aquatic scientists and scientific societies in the United States Supreme Court in the case of County of Maui v. Hawaii Wildlife Fund et al.

Stetson Law professor Royal Gardner, director of the Institute for Biodiversity Law and Policy, led a team of attorneys and scientists who prepared the brief, including Erin Okuno, the institute’s Foreman biodiversity fellow; Steph Tai, Ph.D., professor of law at the University of Wisconsin-Madison Law School; Kathleen Gardner of Pollack Solomon Duffy LLP; and Christopher Greer of White & Case LLP.

The amici brief, focuses on whether the Clean Water Act requires a permit for the discharge of pollutants when the pollutants travel through groundwater from a point source to navigable waters.

“We seek to inform the U.S. Supreme Court about basic hydrologic concepts and the scientific methods used to track pollutants in groundwater and surface water,” said Gardner. “The Clean Water Act’s objective, which is to restore and maintain the chemical, physical and biological integrity of the nation’s waters, is based on science. Accordingly, this objective can only be achieved through the consideration of science. Maui County’s strained legal arguments blithely disregard hydrogeologic reality.”

The Lahaina Wastewater Reclamation Facility in Lahaina, Hawaii in Maui County is discharging treated wastewater into the ground with its injection wells, which utilize the earth’s soil as a filter to further clean treated wastewater before it reaches a water source. Environmental organizations are concerned because the treated sewage has been flowing underground from the treatment plant to the Pacific Ocean and may be in violation of the Clean Water Act.

In June 2013, a Lahaina Wastewater Reclamation Facility groundwater tracer research study was prepared for the Hawaii State Department of Health, the United States Environmental Protection Agency and the United States Engineer Research and Development Center by Craig R. Glenn, Ph.D., professor of geology at the University of Hawaii at Manoa, and other researchers who found that effluent discharged from the treatment plant was traveling through groundwater and reaching the ocean.

The environmentalists sued Maui County and prevailed in the U.S. District Court and Ninth Circuit Court of Appeals. Maui County has requested the Supreme Court of the United States to hear and review the case. The county acknowledges that the wastewater treatment facility is polluting the Pacific Ocean, but argues that the Clean Water Act only covers discharges directly to a surface water source and not a discharge to a surface water source through a groundwater pathway.

The brief filed on behalf of the aquatic scientists and scientific societies notes that Maui County’s discharges are the functional equivalent of a direct discharge to the Pacific Ocean.

More than 10 amicus briefs have been filed in support of the environmental organizations, including briefs by former U.S. Environmental Protection Agency administrators, the nonprofit organization Trout Unlimited and craft beer breweries.

The Clean Water Act is a United States federal law that regulates the discharge of pollutants to the nation’s surface waters, including lakes, rivers, streams, wetlands and coastal areas.

Water is a valuable resource that is essential for life.

“We all depend on clean water – water that is drinkable, swimmable and fishable,” said Gardner. “The environmental costs of polluters are borne by society.”

Oral arguments in the Clean Water Act case in the U.S. Supreme Court are scheduled for Wednesday, Nov. 6. A decision is expected to be made by June 2020.