Aaron Freiwald: Author In The Court 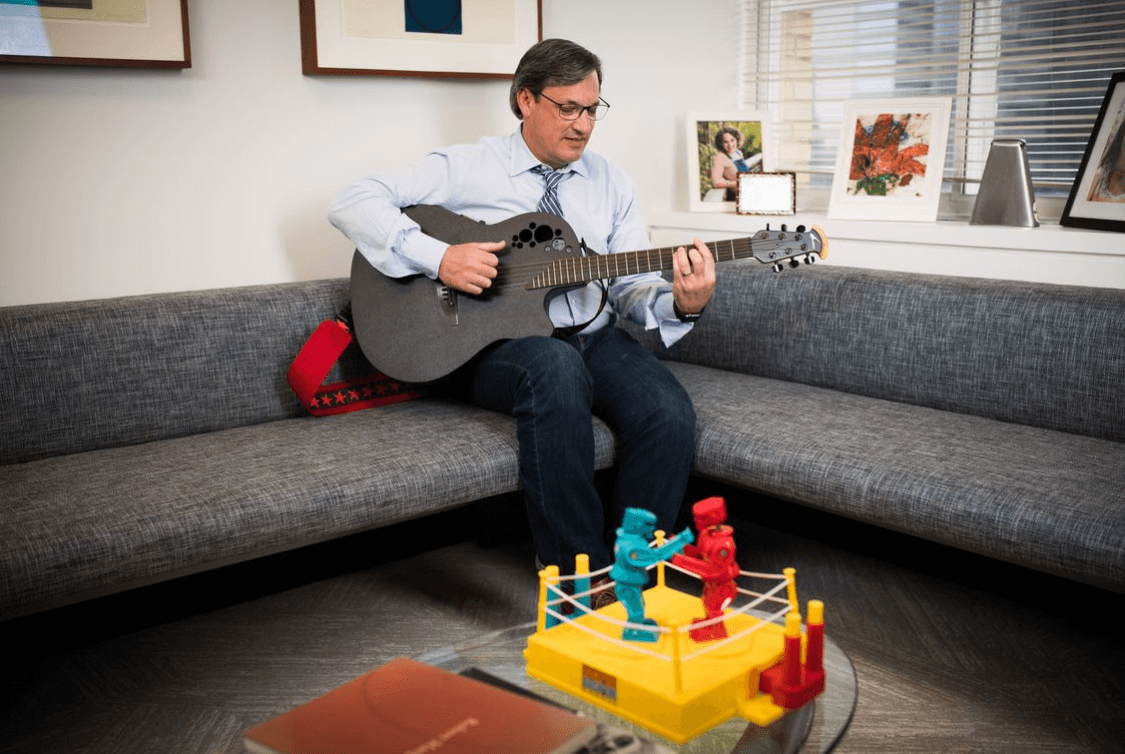 If the pen is mightier than the sword and the courtroom a bastion of equality where battles are waged on a level playing field, then acclaimed author and award-winning attorney, Aaron Freiwald is the consummate gladiator. His rapier is delivering dynamically persuasive oratory grounded in solid fundamentals of the law; his quest is seeking maximum justice for his clients.

“For me, the courtroom is the place where David really can stand up to Goliath,” says Freiwald. “Certainly, our legal system is useful in its creation. In a courtroom you can take on or stand on equal footing with the biggest opponents, including the United States government. That’s an amazing thing. However, most people need an advocate in court to help them right the wrong, especially against a much, much more powerful entity.

“I’ve always visualized my role to be on the side of the person standing up for something, addressing a wrong done them and taking on their own Goliath, whether it’s a chemical conglomerate, insurance company, big health system or even the government,” he adds. “Consequently, we do a lot of medical malpractice, product liability as well as taking on major chemical exposure cases.”

It’s impossible to define Freiwald’s “niche”, other than to say he goes where he’s needed. With right on his side and motivated by compassion for the innocent victims he represents, Freiwald fearlessly takes on everything from behemoths like Dow Chemical to individuals, such as the surgeon who operated on the wrong kidney resulting in his patient’s death.

In recent years, Freiwald has applied his expertise handling the most complex cases and serious of harms representing foreign companies that have suffered multimillion-dollar losses at the hands of U.S. chemical and pharmaceutical giants.

“Of course, the goal is to obtain maximum compensation for the serious wrongs my clients have suffered,” he says. “We have won millions of dollars in jury verdicts and obtained millions more in settlements to achieve that goal. However, at least equally important is to help the client achieve a measure of justice, to restore dignity and respect.

“I want to do something that will change a person’s life,” Freiwald adds. “I’ve never been satisfied with a case that just had a good financial outcome. Don’t get me wrong, money is always an important part of the equation for the victim and we have to make a living, but it’s also about giving my clients their day in court, sometimes shining a light on an ineffective law or how it’s been applied; showing that the law can do something for that person, for that family that will make a real difference.”

It’s not surprising that Freiwald’s practice is unique since his was a rather unusual journey to the courtroom. As his “second career” the law came via a bit of a detour, but one that not only included establishing himself as an outstanding journalist and writer, but also allowed him to accrue skills and insights that have proven invaluable in his law practice.

“I guess I came to the law a little later than most,” he says. “But, that actually has served me well. I have a fairly unique background that has definitely defined a lot of the way I approach things as a lawyer.”

THE ROAD OF A WRITER

“I always imagined I would be a journalist and a writer,” Freiwald explains. “In high school in San Francisco, I was the student editor of the newspaper. I think I always knew I wanted to write and planned on pursuing this in college.”

When choosing where he would study, the emerging writer opted for a college on the opposite coast, which may have surprised his parents who were both graduates of U.C. Berkley.

“I was accepted to Columbia University,” he says, “which seemed a lot more exciting than going to Berkley, which is a fantastic school, but too close to home. The excitement of going to New York City was part of my perception about becoming a writer. You should travel the world and expand your life experiences in order to become a good writer.”

In fact, Freiwald took a year off to do just that. The summer aft er graduating high school he used the meager earnings from his after-school job to buy a plane ticket; destination, Europe. Traveling mostly solo, he immersed himself in the experience, living in the moment while mentally filing it all away.

Returning to the states he began classes at Columbia, immediately seeking out the campus newspaper where he became a prolific member of the staff.

“I eventually rose through the ranks and became the editor-in-chief of The Spectator, which is a daily newspaper,” says Freiwald. “That was like a full-time job. Then, coming out of college I wanted to be a foreign correspondent. I guess I had this romanticized idea of seeing more of the world, visiting exotic places and covering stories around the globe.

“Funny thing,” he says with a smirk, “it seemed that nobody wanted to give a 22-year-old kid a job as a foreign correspondent. They all essentially said the same thing, ‘Kid, get more experience, work your way up the ladder and then maybe, many years from now, someone will give you a foreign assignment.’”

HAVE COMPUTER WILL TRAVEL

Freiwald refused to accept this. Instead, he worked for a few months, just long enough to save enough money to buy a Tandy 2000 portable computer and get to Mexico. The plan, he confesses, was to become “the next great foreign correspondent covering Latin America.” It turns out, he wasn’t far off the mark.

Ironically, though he wasn’t aware at the time, while Freiwald was focusing on his writing career, he was also developing skills that would eventually help make him one of the most successful attorneys in the state.

“I started as a foreign correspondent and then an investigative journalist,” he says. “For each article, I would conduct interviews and oft en review reams of documents. Oft en, my stories were about those in powerful positions who had misused those positions. Those skills gave me a taste for cross-examination.

“For my final project as a journalist, I wrote a historical account of the Nazi war crimes trials in Germany, told through the story of one of the last major Nazi figures to stand trial,” he continues. “I attended the trial in Stuttgart, Germany and listened to the stories of Holocaust survivors who testified to the crimes the Nazi officer had committed. I saw just how much the law matters, how the law really is a means to a measure of justice.”

In addition to whetting his appetite for the law, this experience would culminate in his first book, “The Last Nazi: Josef Schwamm-berger and the Nazi Past,” which Publishers Weekly described as, “an important addition to Holocaust literature.”

BIRTH OF A BARRISTER

Aft er spending the better part of a year traveling, researching, writing and editing, his manuscript had been delivered to the publisher. Suddenly Freiwald was a writer without a deadline. At 31, he had essentially attained every writing goal he’d set. He was feeling restless with an intangible yet pressing need to “do something important.”

Freiwald recalls his moment of epiphany quite clearly. “Looking around at what I had accomplished up to that point, I realized that I had been writing about the law and the tremendous importance of the law in our lives; how it impacts virtually every facet of our daily lives, history and momentous events. And I realized I want to do that, not just write about it.”

For the past 20-plus years Aaron Freiwald has established his own firm, building an impressive roster of clients as well as earning the respect of peers and the legal community. With the same passion he previously pursued a story and, using his investigative reporting skills delivered interesting and provocative stories, he now confidently fights for the justice and compensation his clients deserve.