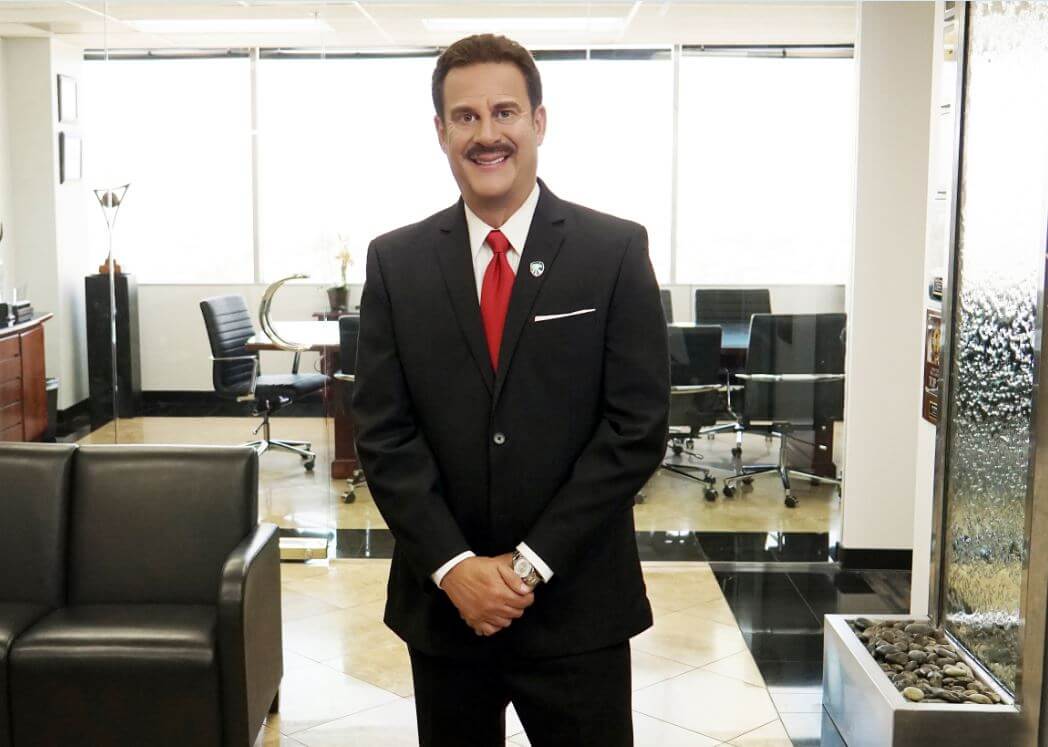 It’s no wonder so many top athletes, especially boxers, come from such tough and humble beginnings. The same can be said of advocates, especially fierce ones, where they learned early on how it feels to be on the wrong side of a power dynamic. Juan Dominguez, affectionately called “JJ Dominguez” by his peers, is the founder and owner of The Dominguez Firm, and embodies this fighting spirit like few others. What a lot of people don’t know, however, is that his push to become a fierce advocate for the injured and the disadvantaged had its origins in oppression.

At the age of 10, JJ’s family fled Cuba as refugees for the promise of a better life in the United States. Even at that age, Dominguez understood the stranglehold that a communist dictatorship put on its citizens and his family.

“Those who weren’t 110 percent loyal to Castro were persecuted. There were 8:00 pm curfews, gunfire in the streets and food shortages,” JJ recalls. “Castro confiscated all moneys, properties and assets. I remember endless bread lines.”

The Dominguez family experienced their fair share of hardships and financial problems. Juan’s parents’ solid work ethic and unrelenting faith, however, demonstrated to their children that any adversity can be overcome with hard work, dedication, and motivation.

“My parents came to this country with nothing but six kids in tow,” he says. “Talk about scraping by. I learned so much just by watching them. They both worked very hard, which was contagious, as each of us kids got paper routes or a job at a fast-food restaurant as soon as we were old enough.”

Juan’s father, while working full-time, attended pharmacy school at USC — at the age of 65 — so he could continue his career as a pharmacist in the United States. Juan’s mother, who had been a teacher in Cuba, dedicated herself to supporting her children and husband to make it work in their new country.

“My parents were definitely my first true mentors. They were impressive people and provided the best motivation and role models a young man could have. I owe them both so much.”

Juan went on to earn his bachelor’s degree in 1984, and then graduated from top-ranked, University of California Hastings College of Law in 1987. Fresh out of law school, that very same year, Juan started his own law firm.

A SPARK BECOMES A FLAME

The passion to help others extends to everyone, but Dominguez found his stride with the Spanish-speaking market, even though it didn’t start off that way. “I started off with 100 percent English-speaking clients,” he states, “But then quickly realized that the Latino market was more in need and more susceptible to being taken advantage of by powerful insurance companies. And by the way, I was also fluent in Spanish!”

From one modest office, The Dominguez Firm grew into a powerhouse injury law firm with 11 offices throughout California.

“It’s not a question of being big just for the sake of being big,” JJ explains. “It’s a matter of being able to step up and fight for our clients. In order to go toe to toe with a big insurance company, you better have the manpower, the experience of winning high-stakes litigation, and a substantial war chest, otherwise the fight is virtually over before it begins.”

With a legal team that now numbers more than 120 people, The Dominguez Firm prides itself on providing every client with an award-winning attorney along with the help and support of highly professional and adept legal assistants, investigators, and supervising attorneys to ensure the best service and results possible. Moreover, with offices in Los Angeles, Beverly Hills, Long Beach, Orange, Riverside, Oxnard, San Diego, San Jose, San Bernardino, Sacramento, and Bakersfield, The Dominguez Firm’s reach is far and immediate.

“We are a business that serves people that have suffered serious and traumatic injuries. People who deserve respect, compassion and personal attention.” With over $500,000,000 in recoveries to date, it’s clear JJ’s business model of putting the client first has been a resounding success. “Early on it was a struggle,” he says. “We faced the same challenges as other firms, frequently having to partner up with a larger firm. But now we are the firm that smaller personal injury firms want to partner with.”

TOP OF THE MARKET

The continued successes and growth of The Dominguez Firm has led it to the top of the most competitive market in the United States for personal injury law — Los Angeles. It’s hard for Angelenos to travel anywhere without seeing one of The Dominguez Firm’s ever-present advertisements. Whether it be on television or radio stations, buses or bus stops, billboards, websites, legal directories, or magazines, The Dominguez Firm is perhaps the most recognized personal injury law firm in Southern California. JJ points out, “Ironically, our closest competitor is not an actual law firm, but rather a referral marketing service that sends callers to law firms that pay for that service.”

To that end, unlike other injury attorneys who advertise on television, Dominguez remains very active and hands-on at his firm. “I am here working at the firm every day. Sometimes clients ask for a photograph with me and are surprised that I am actually in the office working on their cases.”

This is reflected not only in the thousands of injury cases he has championed over the years, but also in the more than 50 charitable causes he supports throughout the United States and abroad. His involvement includes sponsoring scholarships, advocating for disadvantaged children, supporting health care causes, addressing homelessness, and many more.

Of all the worthy causes he supports, though, Dominguez has a particularly soft spot for those focused on education and children, like the University of Southern California’s Neighborhood Academic Initiative program. For decades, the Juan J. Dominguez Scholarship Fund has helped deserving students achieve life-long goals for higher education. “Because of The Dominguez Firm’s generous support, our graduates have the ability to close gaps in financial aid and critical scholarships in order to build their academic lives in college,” says Kim Thomas-Barrios, associate senior vice-president of the USC Educational Partnerships.

Another one dear to JJ’s heart, Los Angelitos Orphanage, is a home for abandoned and homeless children in Tijuana, Mexico. It was founded in 2003, by Norma Angelica Contreras and Ed Perry, to provide children a place to live, learn, and grow in a safe, family style environment. Dominguez’s contributions have been integral to its success and on January 6, 2018, JJ attended the grand opening of a new multi-story building, named in his honor, that consists of a dormitory, a mess hall, and a study area.

“I’m honored and privileged to be in the position to give back to children in need,” says Dominguez. “The power of giving not only transforms your life, but the life of others. Giving may be in financial form, but it can also come in the form of time, encouragement, knowledge, compliments, guidance, advice, kindness, smiles, and love.”

According to JJ, the best reward is, “Knowing that we have helped change someone’s life for the better. Money does not cure all, but it certainly goes a long way in making life a little less stressful.”

As a fierce advocate for individuals inside and outside of the courtroom, JJ has been a true champion of human dignity and worth. His enduring spirit to take the fight to the institutions that seek to oppress, or that value profit over human safety, started as a child when his family fled a tyrannical regime. And it continues on today in Los Angeles, Southern California, and beyond.