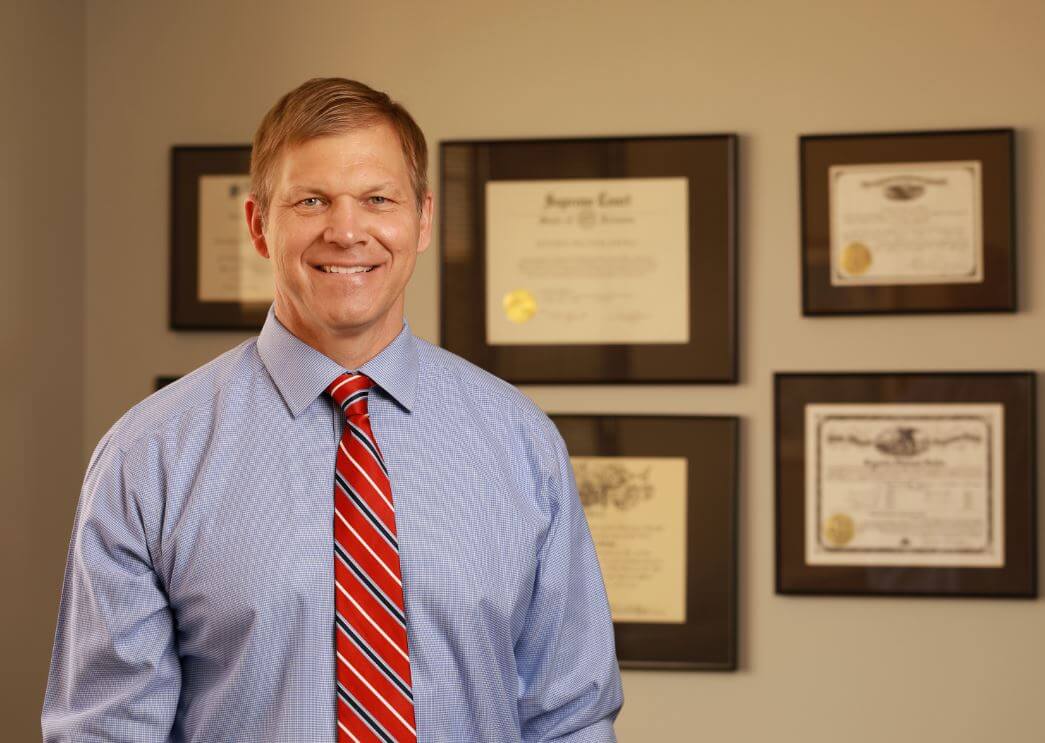 There are none more loyal or fiercely proud of their country than someone of immigrant roots. Leaving behind all that is familiar to start anew requires more than a sense of adventure or innate bravery; it also necessitates the desire to find something better for themselves and future generations. And so it was for the parents of Sigurds Krolls, one of Arizona’s leading insurance defense attorneys.

Though they had not yet met, Krolls’ mother and father arrived in the “land of opportunity” in 1949. Full of hope and possessing incomparable work ethics, the young teenagers quickly embraced their new home while simultaneously nurturing fond memories and cherished traditions of their native Latvia. Laying down new roots in their adopted home, the two immigrants eventually met and married. However, simply acclimating to a new language, surroundings and customs wasn’t enough for the Krolls.

“My parents were both refugees that came to our country after World War II,” says the preeminent attorney. “The Soviet Union invaded Latvia, imposed a communist government and forcibly occupied Latvia. My parents escaped to a displaced persons camp in Germany before immigrating to the United States. My dad eventually became a member of the United States Air Force (USAF). He spent 20 years in the service, retiring as a Colonel, so I got a good taste of what it means to serve. I also have an uncle, Egils, who was both an attorney and an Army veteran, who inspired me to get into law. Soon after I graduated law school, I decided to follow my father’s footsteps and gradually migrated to considering an Air Force career.”

Ensuring that his progeny would grow up in a democracy where opportunities seem endless, Krolls’ father also provided a proud path for him to follow. Prior to joining Campbell, Yost, Clare & Norell, Krolls served 10 years in active duty with the USAF Judge Advocate General Officer Corp, specializing primarily in civil and criminal litigation, as well as various other positions including: chief of torts at Luke Air Force Base (AFB) and chief prosecutor and area defense counsel at Anderson AFB.

“It was a great experience,” says Krolls, “especially from a travel perspective and the things you get to do. In the military they let you work all kinds of interesting jobs, but the best thing is the training they provide. I was always interested in doing trial work, and from the very beginning the Air Force sent me to very intensive trial schools. It’s a fantastic way to get good, fast experience since in the private sector you don’t get into the courtroom that quickly or often.”

Krolls continued, in his service in the USAF Reserves working as a Medical Law Consultant at David Grant USAF Medical Center providing legal expertise in healthcare law and medical malpractice cases. He has now retired from the USAF Reserves as a Lieutenant Colonel.

“One of my favorite memories from the Air Force,” he says, “involved what they call Incentive Flight. I helped an air crew with a legal case and in return, they invited me on this flight in an F16 fighter jet at Luke Air Force Base. Typically, the F16 is a one-seater, but because these were trainers, there were two seats. Next thing I knew, I was shooting up to 10,000 feet very quickly and doing loops, twists and turns across the Arizona and Nevada deserts. It was an unbelievable experience.”

During his time in the Air Force, Krolls had numerous opportunities to explore various aspects of the law. One that stands out in his mind was a death penalty case in which he served as prosecutor.

“There was an unfortunate incident on a base where a security policeman had assaulted a lady doing a bank deposit at night.,” he recalls. “He stole the money and murdered another security policeman who had been escorting the lady to the bank. This unfortunate case resulted in some very interesting legal work as a prosecuting attorney in a death penalty case.”

Krolls was able to utilize his Latvian language by assisting the Air Force with translation services. When the Soviet Union collapsed, Latvia regained its independence. Krolls returned to Latvia as an interpreter helping the US military train Latvia soldiers in preparation for their NATO membership.

Although he had earned his law degree at the John Marshall School of Law prior to entering the Air Force, his education was continually augmented thanks to the special training classes provided by the Army adjacent to the University of Virginia School of Law.

“The Air Force also has their own JAG school set up in Alabama where you get additional training throughout your Air Force career,” says Krolls. “So, there’s really excellent continuing education.

“I eventually transitioned from working in criminal trials, to becoming a medical law consultant. That ties in to how I ended up in Arizona representing healthcare providers. My job was to provide in- house counsel legal services for healthcare issues in a hospital and to also manage medical malpractice claims for several military facilities. We would work internally deciding what to do with those cases as far as settling or going to trial. Ultimately, if they went to trial, we assisted the United States Attorney’s Office.”

Krolls received extensive training from the Air Force to become a medical law consultant. He spent several months at an Air Force medical center participating in a series of lectures covering virtually every aspect of the medical field. “We had presentations from physician specialists in many different fields of medicine. We also went in to operating rooms to observe surgical procedures and participated in patient rounds with the nurses, just so you’d know what it’s like to work in a hospital. This was all in preparation so that when they did assign you to a hospital you’re comfortable being in the environment and you understand the basics of how hospitals function.”

This last experience was how Krolls met his mentor Jeff Campbell, founding partner of the firm where he now practices. Campbell, who was also in the Air Force was the one who recruited Krolls to his firm. Today, as one of the directors of said firm, Krolls casts a wide net handling some of the most intricate and complex cases involving primarily medical legal issues.

When he’s not demonstrating his considerable talents in the courtroom or otherwise engaged in his legal career, Krolls loves nothing more than kicking back with a good book; preferably one of a historical nature. When he’s feeling more energetic, he and his wife enjoy exploring new trails and absorbing the beauty of nature.

“I’d hike all over the world if I could,” he says. “My wife and I really enjoy hiking and working out. Travel is also very high on our list of priorities. Since our parents are originally from Latvia, that’s become one of our favorite spots, but we really love traveling throughout the world. Add to that, now that our kids are grown we find ourselves chasing them down wherever they happen to be at the moment. Especially our daughter who has become a bit of a globetrotter, so just keeping up with her has led us all over the world.”

As much as Krolls enjoys travel, good books and hiking lush trails, his passion remains with his work. “I find it so rewarding to help people,” he says. “When our physician and nurse clients are going through the legal process and especially trial, it takes a lot of time and energy out of their life. Our clients have to spend lots of time working with us in preparation for a deposition and trial. Some of these trials can go on for two or three weeks, but if we can achieve a good result, it’s very fulfilling.”