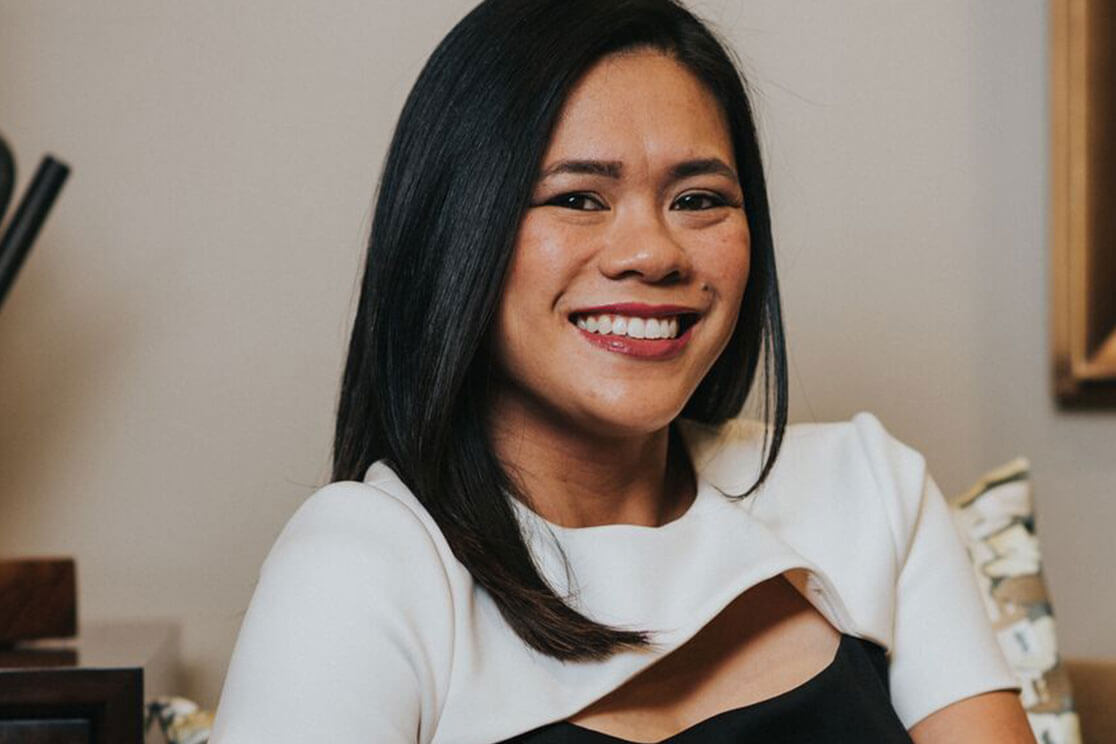 Tenacious, resilient, and hopeful of change, Dizon-Maughan is the result of strong-willed people intent on shaping their future. A second-generation American (her parents emigrated from the Philippines), Dizon-Maughan takes nothing for granted. She is a descendent of Jose Dizon, a noted Filipino rebellion leader. Her grandmother lived underground to escape soldier brutality and rape. Her parents worked tirelessly, with no money, resources, or social support network, to raise themselves out of indigent circumstances in a third-world country, earning enough to pay for college and eventually emigrate to America. They are the epitome of the American Dream.

It necessarily follows that Dizon- Maughan’s parents would expect greatness of their children. Dizon-Maughan excelled in school. She enrolled in honors and AP classes, participated in state and national debate tournaments, and graduated high school with honors. Dizon- Maughan had the eventual goal to become an attorney. From a young age, Dizon-Maughan felt that people of color and women are underrepresented in American society, and believed that as an attorney, she could effectuate change in perception and in practice. As a darker- skinned child, not of the majority religion, growing up in Utah, one could say that this attitude was inevitable. The fire was inside from her childhood, but success did not come easily.

Dizon-Maughan learned from an early age that to avoid the stereotypes thrust upon her, she had to find her voice and use it – unabashedly and confidently. As an eighth grader, Dizon- Maughan was called out of her honors English class and told to report to her academic counselor’s office. There, Dizon-Maughan was told, she would be unenrolled in her English class and placed in ESL. Perplexed, Dizon-Maughan demanded to know why. “Because,” she was told, “your parents’ native language is not English.” True, but Dizon-Maughan grew up in a time and place where learning a second language from immigrant parents was viewed as a detriment to success.

This experience, Dizon-Maughan believes, changed her DNA. She found her voice and has spent the subsequent years developing it and using it to help others.

“When people are targeted simply because of the color of their skin, the language they speak, the being they worship, or the person they love, and are unable to afford adequate legal representation, this represents not only a breakdown in our judicial system, but a breakdown in the economic and social system.”

Dizon-Maughan found her niche at the S.J. Quinney College of Law. As a student, Dizon-Maughan co-founded the student cohort of the Utah Association of Criminal Defense Lawyers (UACDL). Through her leadership capacity, she helped provide legal guidance to underrepresented members of the community. In addition, she led in the OUTLAW organization, which fights to ensure equal protection for LGBTQ people, served on the executive board of the Minority Law Caucus, was the 3L Representative of the Student Bar Association, led the Hartland Citizenship Clinic for two years, earned a Pro Bono Certificate, and graduated with honors.

Fresh out of law school, Dizon-Maughan was determined to defend the constitutional rights of those facing criminal charges, and began a career in criminal defense. After working for a local firm for a year, she decided to go out on her own, and established a solo practice christened ADM Legal Defense.

For nearly five years, she represented individuals charged with violating state and federal law. Dizon-Maughan has defended cases ranging from DUIs to child rape, assault to murder. Dizon-Maughan’s practice was incredibly successful, due to her doggedness and marathon-like work ethic. As a defense attorney, Dizon-Maughan earned the respect of her fellow defense attorneys, prosecutors, clients, and judges. Although her parents worked hard to provide her with as many opportunities as possible, Dizon-Maughan has earned every bit of acclaim she has received.

Last year, Dizon-Maughan rejoined the ranks of Burbidge Mitchell. She had previously worked at Burbidge as a paralegal, and left to attend law school. Her experience as a paralegal provided her with more acute insight as to the inequities inherent in the legal system, not only for clients, but for those who would represent them. When she received notice of her acceptance to law school, she excitedly related the news to a colleague.

He replied, “Of course you were accepted – you’re a minority female.”

“No,” she replied, after ingesting the caustic remark, “I’m smart and hardworking, and I earned it!”

For Dizon-Maughan, the opportunity to come back to Burbidge Mitchell as an attorney was too great to pass up. “Our managing partner, Richard Burbidge, is a master of trial practice,” she says. “Richard embodies compassion and advocacy, and brings prestige to the practice of law. To be the best, I have to learn from the best.”

Practicing alongside Mr. Burbidge and Carolyn LeDuc, a well-respected and brilliant litigator, has provided Dizon- Maughan an opportunity to bring her voice to the wronged and the injured. And under the tutelage of Burbidge and LeDuc, Dizon-Maughan is finding her way as a civil litigator.

“Many of our clients are afraid of the civil litigation process. As attorneys, we can bring some measure of comfort and closure after a family suffers through a devastating experience. We take that responsibility to heart and work harder, longer, smarter for our clients. We do not rest.”

Dizon-Maughan is not only a successful attorney; she is also a mother of two amazing young children. An advocate of excellent public education, Dizon-Maughan served on her son’s School Community Council to oversee the use of local state land trust funds. She is also the chair of the Professional Standards Review Board for the West Valley City Police Department, which reviews all instances of reported police misconduct, uses of force, displays of force, officer involved shootings, and firearm discharges. Additionally, she is the chair of the criminal justice committee of the Salt Lake branch of the NAACP, and is the president of the Utah Minority Bar Association. Previously, she served on the board of the UACDL.

“I have the blood of warriors coursing through my veins. I have their fighting spirit, their tenacity, their insatiable desire to succeed and help others to succeed. When I grow tired, or weary, I see the face of my grandmother, my parents, my children, their children, and I remember that I, too, am a warrior. I owe it to my children, to their children, to my posterity, to preserve our family history and to pass it along.” Kate Bischoff