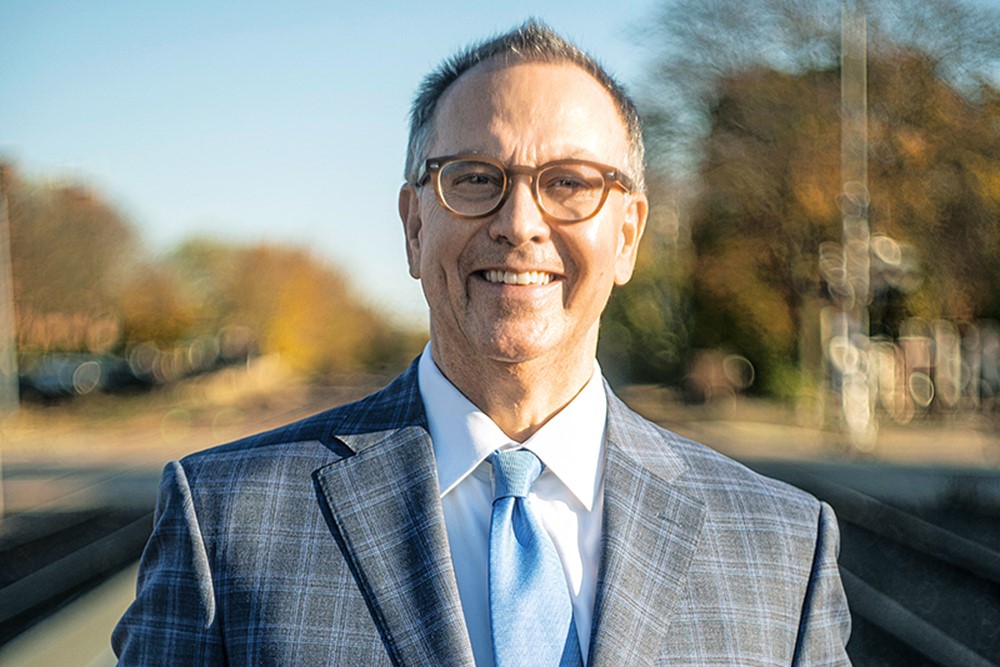 Recently, Attorney at Law Magazine had the opportunity to speak with Andy M. Hale, co-founder of Hale & Monico. In conjunction with his legal pursuits, Hale has been actively engaged in numerous media projects including a Netflix documentary illuminating serious facts regarding wrongful convictions. He was kind enough to give us a peek behind the scenes of his practice and film career.

AH: Growing up I was always fascinated with seeing lawyers in court arguing cases before a jury. That seemed amazing and fun to me. I also grew up around sports, with my dad being a former professional baseball player, so I’ve always been a competitive person. I liked the idea of arguing a case to a jury and winning a verdict for my client.

AH: My parents taught me so many lessons when growing up, and it’s hard to pick one as the most important. But I think one of the biggest lessons that has been beneficial to me is my dad always told me not to worry about things you can’t control. That has proven to be such valuable advice that I use on a daily basis.

AALM: What types of cases have you worked on over your career?

AH: Most of the first two decades of my practice involved commercial litigation. As a young associate, I was working at Katten Muchin & Zavis in Chicago and the firm represented the Chicago Bulls and Chicago White Sox. This was during the Michael Jordan years. I think because I was such a big sports fan I was assigned to work on numerous interesting litigation cases involving the Bulls and White Sox including the Bulls’ big antitrust suit against the NBA when the Bulls wanted to televise their games on superstation WGN. Those were fun years!

Later in my career I started to represent the City of Chicago and Chicago police officers in civil rights cases, which we still do. I came to appreciate the tough job that police officers face. More recently, I’ve spent more of my time representing incarcerated clients who I believe are innocent and were wrongfully convicted.

AALM: In addition to being an accomplished trial attorney, I understand you’ve also been quite successful as a filmmaker/producer. How did this come about?

AH: I always say, you never know where the road is going to take you. And, I always say that you create your own opportunities. It’s hard to give a short answer to this, but I had heard about a local TV show called, “Case Files Chicago” that sought to profile and solve cold cases in Chicago. I became an advertiser on the show which caused me to meet Shawn Rech, who had his own production company in Cleveland and produced the show. I then told Shawn about the Anthony Porter/Alstory Simon case, and we decided to make a documentary film about it. Neither of us had ever done that before, but we felt this story had to be told.

We were so fortunate, as that documentary, “A Murder In The Park,” appeared on Showtime and Netflix. That opened doors for us to tell other stories of injustice like, “White Boy” about Rick Wershe, which also has appeared on Netflix. It’s only continued to grow from there.

I’ve now become good friends with Rick Wershe, who was sentenced to life in prison without parole for a non-violent drug offense and served over 30 years in prison before being recently released. Rick and I are now working together to address prison sentencing and reform issues.

AALM: Please tell us about one case that affected the course of your career.

AH: The Alstory Simon case has had a tremendous impact on me both personally and professionally. I had heard about Alstory’s case from other lawyers I knew in Chicago. They had been working on trying to prove Alstory’s innocence for years. As I mentioned, Shawn Rech and I decided to make a documentary film about the case with the hope of shining a light on Alstory’s wrongful conviction. Our documentary played a big part in the State Attorney’s Office conducting an investigation and ultimately vacating Alstory’s conviction.

Seeing Alstory walk out of prison after 16 year of wrongful incarceration was so powerful and emotional. It made me want to help others, like Alstory, who were wrongfully convicted and sitting in prison. I became friends with Alstory and he asked me to help his best friend Cleve Heidelberg, who he said had been wrongfully convicted too. After two years of investigation and litigation, I was able to vacate Cleve’s conviction and he walked out of prison after 47 years.

These two cases made me want to dedicate more time to helping others who may have been wrongfully convicted. I’m so blessed to have met Alstory and Cleve, who unfortunately died in his sleep 10 months after being released from prison. But he died a free man and I’m so proud of the work we did in order to accomplish that.

AALM: Can you tell us a little bit more about the TV show, “Case Files Chicago?”

AH: I hosted the local TV show, “Case Files Chicago” for several years here in Chicago. It appeared on Saturday nights and would highlight two unsolved murder cases. We would interview the families to learn about the victims. We would also interview the Chicago police detectives who were trying to solve the case. They would discuss the nature of the crime. We provided an anonymous tip line as our goal was to get information to help us solve the cases and bring justice to the victims and their families. This show really opened my eyes to the issue of gun violence in Chicago and how it affects so many innocent victims and their families. I found it so rewarding to be able to tell these stories and highlight this important issues.

AH: I’m still a big sports fan. I’m a Yankees fan due to my dad playing on the 1961 World Champion New York Yankees team. I’m also a big Bulls and Bears fan, despite the teams’ lack of recent success! I like to travel and I have a pretty big list of places I want to visit. I’m also a collector of all types of things, as my family will attest to, including sports memorabilia and antiques. I’ve got a pretty big “junk” collection in my garage.