Marcus Shute: A Hairy Issue for a Young Politician 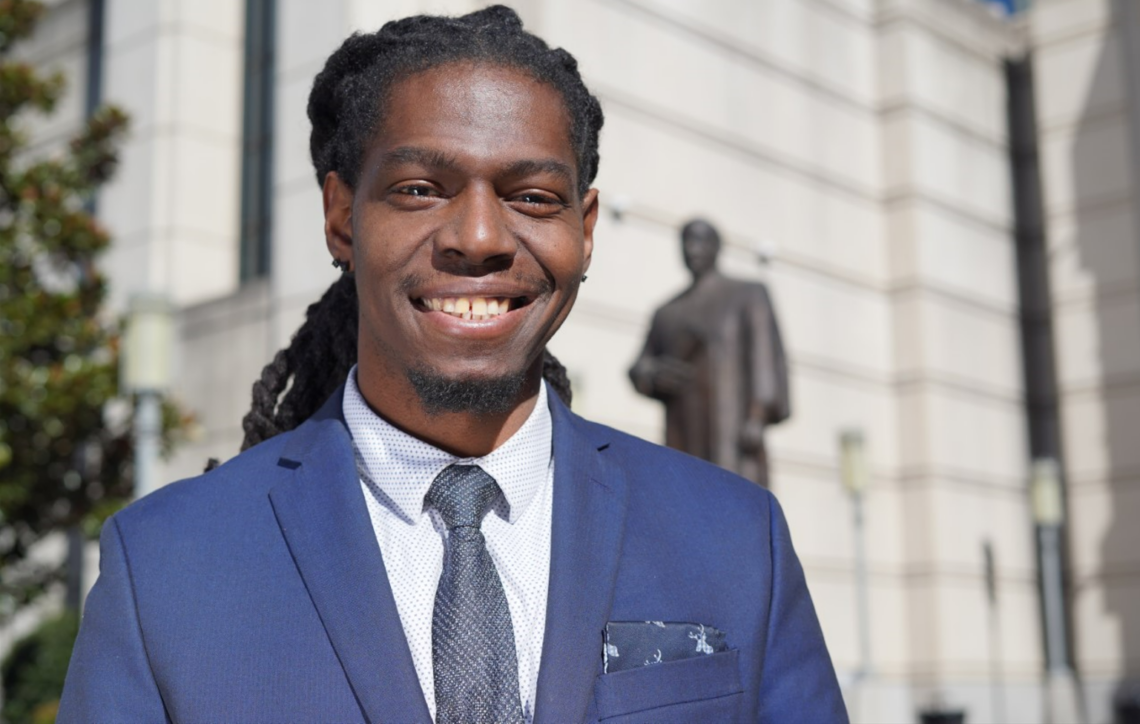 Running for an elected office might be new to attorney Marcus Shute Jr., but playing the game of politics is something he’s been doing since law school. Perhaps the most revealing evidence that people viewed him in ways he never imagined came while he was working with a law professor presenting a defense case in court. During a break in the proceedings, the professor introduced Shute to the judge who quite unabashedly and in full hearing of the entire court responded, “Oh, I thought he was the defendant.”

Although somewhat shocked at this public announcement, Shute was not completely surprised. It’s something he’s been dealing with for a long time.

“As far back as undergrad, I had a black professor pull me aside and tell me I’d never become an attorney unless I cut my hair,” he says. “This was something I had experienced previously when I worked in a large box store and was passed over many times for promotion based on my hair. I guess I just didn’t expect it to happen in the field of law.”

After graduation, Shute went back to his old neighborhood to teach government and Spanish at East Nashville Magnet High School while coaching the boys’ track team. His experiences as a teacher and coach in Nashville help to inform his positions on the link between poverty and a lack of access to mental health treatment and proper resources, which continue to drive recidivism up.

Shute says his experience teaching high school students will serve him well should he be elected to the bench. Shute is running for election for Division VI judge of the Tennessee 20th Judicial District Criminal Court. Running on the Democratic ticket, he faces three party opponents in the upcoming primary to be held  May 3.

“I spent the last two years mulling over the idea of running,” says Shute. “I want to contribute to my community and have a positive impact. When the current judge announced his retirement, I took a hard look at my goals and decided the time is right. Let’s face it, there is no perfect time and it seemed like if not now when? It’s an eight-year term, so if I didn’t run now I’d have to wait until 2030.”

Anxious to contribute to the community where he was raised, Shute says he has many ideas for changes he’d like to see in the courtroom, such as restorative justice and alternative sentencing.

“When it comes to sentencing, I feel you have to take into consideration mitigating factors, particularly with juveniles,” he says. “As I’m campaigning, I’m going around and sitting down with people trying to learn what’s important to them and get a feel for what’s been happening here in the past. I just know that there is room for improvement.”

As the primary campaign is winding down Shute is busier than ever reaching out to people in the community, leaders, and anyone who cares to share their thoughts with him.

Shute and his wife are raising their two young children in Nashville where he founded Shute Law, a general practice law firm in Nashville that handles a wide range of cases from criminal defense, contract disputes, landlord-tenant matters, intellectual property rights, estate planning, and probate matters.

Regarding the upcoming election and his vision for the changes he would like to implement should he be elected Shute says, “I believe that integrity should be the guiding principle of every aspect of our justice system and that every citizen is entitled to respect and dignity. I know firsthand what it’s like to be deprived of those things while dealing with the justice system, and I’m running to make sure that no one else will have to experience what I did ever again.”