Bush Law Group: Ensuring The Rights Of The Insured 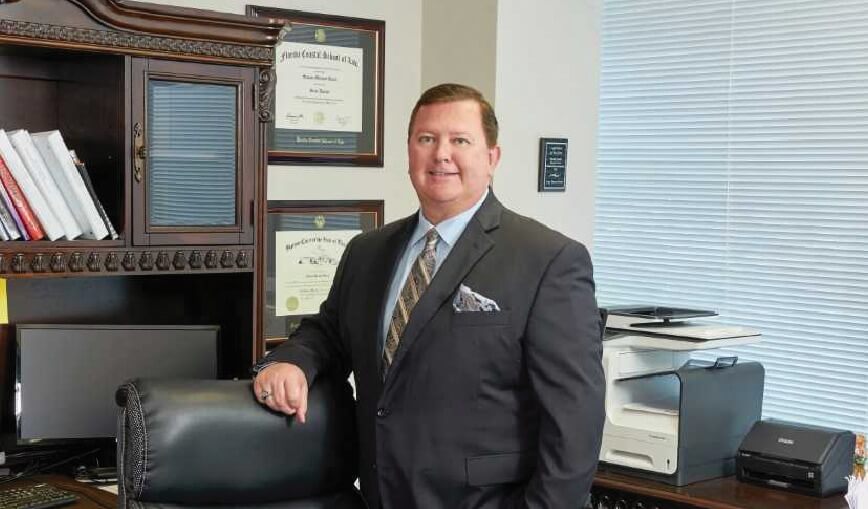 Contractor, insurance adjuster and now representing policyholders whose claims have been denied, Steven Bush is truly a man for the people. He has built a law firm that has quickly developed a reputation for high quality representation.

Nothing about Steven Bush is typical. He actually answers his own phone and promptly returns calls. He doesn’t always go to work in his three-piece “courtroom” suit. That’s because, a veritable renaissance man, Bush not only defends the rights of policyholders, he knows how to do that and even, how the repairs should be done.

Having come to law, and therefore law school, a little later than most of his classmates; Bush also arrived with a fully-established, successful career, quiet maturity and a newly awakened passion for the law.

Perhaps what is most exceptional about this very polished and accomplished attorney, is that he’s not afraid to get his hands dirty. As a dedicated representative for policyholders, Bush considers it an important part of his job to personally inspect damage to properties so that his assessment is 100 percent accurate before he takes on the behemoth insurance companies.

The fact that Bush has worked in construction, as a certified indoor environmentalist as well as a highly-respected public insurance adjuster, gives him an uncommon advantage. Rather than rely on field reports, he can make his own assessment and even knows exactly what it would take to repair or replace. No one can get away with shortcuts or cutting corners. His expertise means he can knowledgably and precisely challenge any reconstruction that falls short of the standards he knows are in place.

LOVE FOR THE LAW

Bush knew from a very young age that he wanted to practice law. He had the mind for it, the disposition and a driving dedication. What he didn’t have was the luxury of being born with a silver spoon in his mouth.

“I dreamed of being an attorney since I was eight years old,” he says. “Unfortunately, due to various circumstances I wasn’t able to go to law school until later in life. When the opportunity arose, I took it!”

That unexpected opportunity couldn’t have come at a better time. Bush’s experiences to that point had not only laid the groundwork for what would eventually become a highly successful law practice, but also fueled the fires of his innate desire to help people. Eyewitness to the grief and destruction left in the aftermath of Katrina, Bush’s natural empathy and sense of what’s right, drove him even harder to find ways to make a difference in the lives of those in similar circumstances.

It was while working as a certified indoor environmentalist in New Orleans during the Hurricane Katrina Recovery Effort that Bush became aware of the tactics used by the insurance companies to avoid paying policyholders what they were due. During this time, he also became aware of how little policyholders knew about their rights under the terms of the insurance policy.

“It just seems that this has always been my calling,” says Bush. “To give the people a voice who don’t have a voice. With insurance companies most of the time they just get tossed from adjuster to adjuster and no one ever returns their phone calls. As property insurance attorneys, we’re able to give them that voice and get results. All they want is what is rightfully owned to them.”

A man of action, this experience prompted Bush to seek out a career path that would somehow allow him to defend these policyholders against the abusive behavior exhibited by the insurance companies. Early in the 2000s Bush obtained his public insurance adjuster license in Florida.

This was true, “front lines” work. Bush met with homeowners and business owners facing the daunting task of rebuilding after a disaster. It didn’t take long before his experience spanned virtually every size and type of loss including commercial, residential, first and third-party disputes.

It was an almost daily occurrence for Bush to meet otherwise happy, successful people whose lives had been irrevocably changed by the staggering loss of property and often, their means of making a living. What in the beginning Bush thought were probably a few isolated instances of claim denials, soon proved to be the norm rather than the exception. But that wasn’t the only tragedy. Bush knew that the majority of them had no idea what to do, who to turn to or that there was something they could do.

“So many people need help and don’t know where to go,” he says. “They have no idea where to turn or where to look for resources. I just wanted to help.”

While there are too many examples to name, Bush says one woman in particular really struck a chord with him. This encounter occurred when he was still in construction in Houston, Texas. Like the opening act for Katrina, during the first half of September 2008 Hurricane Ike wreaked havoc throughout the Texas Gulf Coast.

“One woman in particular,” he recalls, “really affected me. An older woman, she was a retired teacher and was confused and distressed over the damage Ike had caused. She lived in what would be considered a poorer part of Houston. The winds had moved her home slightly off the foundation. What followed, was a two year legal battle with her insurance carrier. They refused to pay, saying it was only ‘slightly off’ the foundation and would be fine. We knew it was dangerous. It was an older house to begin with, but with this damage one good wind and it’d be falling in around her.”

Unable to allow this lovely woman who had paid her insurance premiums all those years, suffer and perhaps even die should the house get worse, Bush and others moved her temporarily into a hotel. He also found her an attorney who could help her take a stand against the insurance company.

“Eventually, we wound up getting her a brand-new home,” Bush says with a smile. “I guess what really struck me the most, was that in helping her I was able to get her two things that she’d always wanted: a front porch and air conditioning. That really had a big affect on me. They were really treating her unfairly and though she was an educated lady, she had no idea what to do or that she could do anything. It was just so wonderful to know that she would spend her retirement years in a safe home that she loved.”

Bush’s experience as an insurance adjuster was positive in every way. He was doing work he loved, that he was good at and he knew he was helping people. He was excellent too. Everyone liked and respected him; including insurance companies.

“I was helping homeowners, businessmen and anyone else who needed help with insurance denials,” says Bush. “During that time, it became apparent that I wanted to pursue the legal angle. I believed I could help so many more people and to a greater extent.”

It was then that this serendipitous opportunity materialized. So, after years of defending policyholders as a public adjuster, Bush sought out a law degree at Florida Coastal School of Law in Jacksonville. Upon his graduation and acceptance into the Florida and D.C. bars, he assembled a team of attorneys – each with a distinctive set of strengths and experience – to create the Bush Law Group.

The firm has grown quickly as their reputation for getting results spread. Referrals, an important part of any firm, represent not just new clients and additional income, but an authentic expression of your colleague’s respect. Since the day he opened the doors of his first office, Bush has been receiving referrals. And while he’s obviously appreciative, he’s also quite candid in acknowledging his firm’s role in this.

“Just as I wouldn’t send a client to an attorney whom I didn’t know, trust or believe in his abilities, we would not be getting these referrals if we didn’t perform and treat our clients well,” he says.

“Actually, this is not only in keeping with the collaborative nature of our firm,” Bush says, “but it also helps to keep the best interest of the policyholder at the forefront of our practice.”