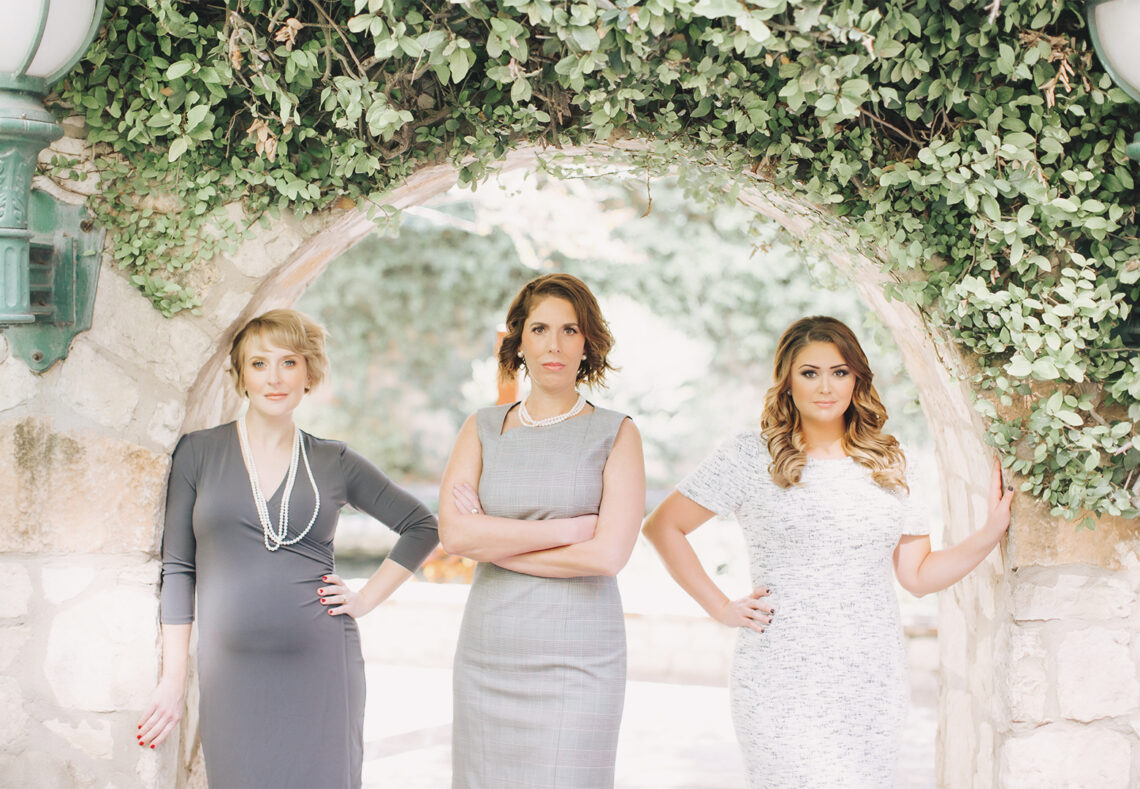 While 2020 may have been challenging for many, for San Antonio Family Law Attorney Rachel Reuter, it heralded a very exciting new beginning. In September she announced the launch of Reuter Law Group PC, a premier family law firm dedicated to providing individualized attention to each client.

“Some might question the wisdom of opening a new firm in the midst of a pandemic,” says Reuter with a wry smile, “but, what we’ve learned over the years is that family law is not as impacted by such things as other areas of the law may be. I think that right now, many people are realizing they don’t want to be in a relationship with someone they’ve been stuck with during quarantine. If anything, crisis such as this pandemic tend to highlight or amplify pre-existing problems.”

This decision was one that came after much thought and deliberation. Coming from a respected San Antonio family law practice of which she was a named partner Reuter says it was a positive experience.

“I have nothing but good things to say about my previous partners,” she says. “What I can say is that everyone has different views. When you’re in a firm with different partners, the views on what the future looks like are all different. I feel like we had a lot of time for introspection and it just seemed like the right time for me to start my own firm. I have very definite ideas about the direction I’d like to take over the next several years. I know what I want, and this felt like the right time to make my move.”

Reuter is not alone in her new endeavor, joining her are attorneys Tess Osborn and Stephanie Tschirhart. Both women, like Reuter, are graduates of St. Mary’s School of Law and both say they developed their legal skills under the tutelage of Reuter.

Osborn, who joins the firm as senior associate, says she had no doubts about the move. “Rachel has always been such an amazing mentor, I really respect her both as a person and an attorney,” she says. “I feel like her mentorship has made me a much better attorney. Thanks to Rachel I feel I’m better prepared in many instances than some attorneys who have been practicing law longer than me. In fact, most people are surprised, thinking I’m older than I am or have been practicing longer. I take it as a compliment and credit Rachel for her guidance and leadership.

“I just felt this was the right fit for me,” Osborn adds. “Rachel is someone I enjoy working for and believe it was worth the risk of embarking on a new firm with her. For me, it was always a clear choice.”

Tschirhart appears to have similar convictions. “Rachel has been my primary mentor,” she says. “She’s incredibly intelligent, extremely hard-working and highly ethical; someone I definitely want to model myself after. It was a very easy decision to join her.”

In talking to Reuter, it becomes clear why she takes such an interest in helping and guiding young attorneys. “Although I always had colleagues and people I could talk to, I never had someone who really led me and taught me,” she says. “I never really had what I would describe as a mentor. That’s probably why it’s so important to me to mentor others. I think that’s very important for young attorneys.

“I was on the Grievance Committee for a long time and there were so many times when a complaint was brought to us when I’d think, ‘If this person just had a mentor, had someone helping them, these mistakes could have been avoided.’”

Something else these women share is a passion for their work. Family law is unusual in that it consistently deals with the most intimate aspects of people’s lives. Likewise, it takes a special person who is willing to get that close to such emotionally charged situations, become involved and yet proceed in a professional way towards a resolution.

“Family law is rather unique in that you do have the opportunity to be in the courthouse, hearings and mediations, but you also have a very deep, emotional connection with all of your clients,” says Reuter. “You’re dealing with their lives, and the most important things in their lives are their families, children, spouses. Those things are very difficult, and I do like the fact that we can help them navigate their way through that. We can help them in situations where it might take an outsider’s view to say, ‘OK this person has been bullied their entire marriage, or this person is feeling desperate right now’ and you can guide them and offer ways to fix their situation. Now, obviously we can’t fix everything, but I do like the fact that we are helping people. It’s not just about money it’s about their lives and their families and we’re doing the very best we can for them.”

“Family law is just an area that I’ve always been interested in,” says Tschirhart. “I think it takes a certain kind of person who is willing to deal with all the complex family dynamics and who genuinely cares about the people involved. It’s another aspect of Rachel’s character that I admire and try to emulate. She’s a smart businessperson but her soul mandates that the client’s needs are always first and foremost.”

“We all, I believe, are passionate about our work in family law,” says Osborn. “I do a little bit of probate work as well, but my first love is working with families. It can be emotionally challenging at times because you do tend to become very connected and invested in their lives, but the upside is when you know that you’ve made a difference and can help them restore some kind of peace and can see a positive future.”

Building upon nearly a quarter-century of family law experience, Reuter leads her team forward with an already burgeoning client roster as well as the respect of the legal community.

Someone who tends to see the cup half-full, Reuter can even find positives about launching her new firm amidst a global pandemic. “Because we made this move during the pandemic, it’s been so much easier to go paperless,” she says. “It’s something that we always intended on doing but this situation just made the need more urgent. We’ve also discovered that working from multiple locations is very effective and productive. Of course, because of the pandemic it’s been harder to go out, harder to let people know that I’ve opened my new firm. I think we’ve done as well as we can using social media but we’re not going to events so networking is a little different.”

The vision that she has for Reuter Law Group is playing out quite nicely despite any small challenges presented by COVID. Reuter and her team are looking forward and enjoying the fruits of their labors so far.

“I am proceeding with the plan that I’ve been envisioning for a while now which does include gradual growth,” says Reuter. “My next step will be to add another paralegal and law clerk. Then, in about a year, I will be adding another associate. Right now, the focus is settling into our new space and looking towards our future.”