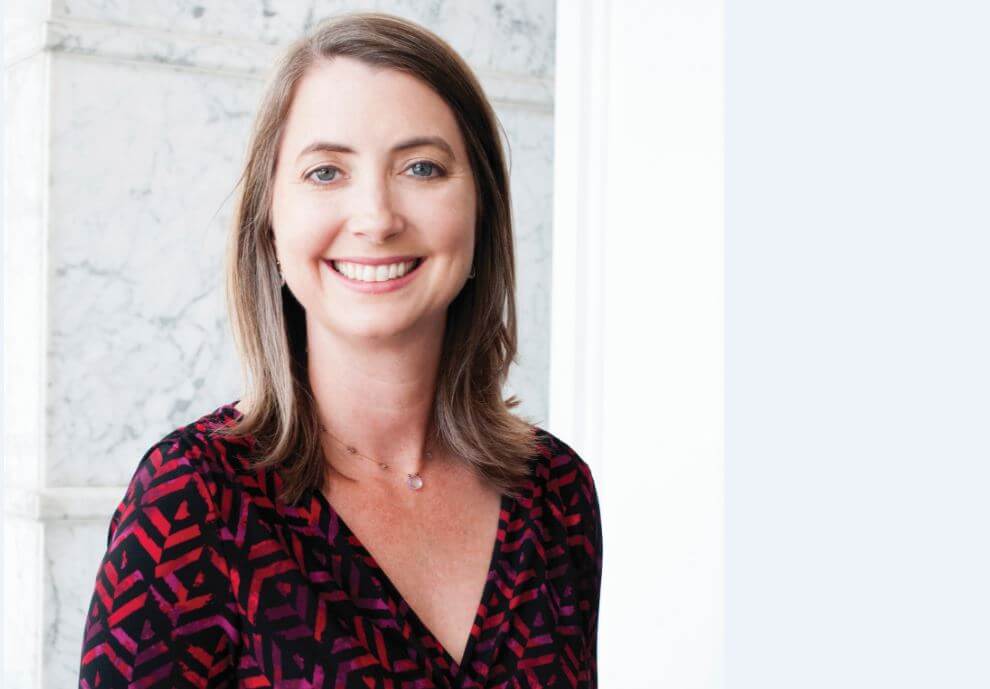 Susan Nettles Han’s legal roots run deep, with a connection to the law that spans both sides of her family. The daughter of two lawyers who met at an American Bar Association meeting in Montreal, Han’s father is an attorney with Hand Arendall in Birmingham, and her mother was the first female attorney hired at McCarthy Tetreault, a large law firm in Montreal, Canada. Early on, Han’s parents recognized that their third daughter had the qualities of a great lawyer and encouraged her to pursue a legal career.

Though she grew up in Mobile and Birmingham, Susan Han chose to earn her undergraduate degree in her mother’s native country. “I followed in my mother’s footsteps to study at McGill University. I enjoyed practicing my French-speaking and exploring my Canadian roots.”

Han also has an interest in music that led her to earn her Master of Music at the University of Texas at Austin. In addition to her studies focused on music and world cultures, she enjoyed singing and performing with several music ensembles. When she realized she did not want to be an academic in music, she knew her career options were limited. Han returned home, continued her musical talents as the lead singer of Cognac, a Birmingham- based popular music band, and considered her path forward. Her thoughts turned to law.

The time had come for her to pursue her legal roots. In 2003, Han enrolled at Samford University’s Cumberland School of Law in Birmingham. It was a natural fit.

“I loved law school,” she says. “I really enjoyed studying the law and learning how the legal system works.”

Cumberland brought out her best. Earning top grades, Han made the Dean’s List every semester, and was a Caruthers fellow as well as a finalist in mediation and trial competitions. She also provided volunteer leadership and service to her community as chair of Cumberland’s Community Service Organization.

Passing the Alabama Bar in 2006, she quickly landed at Balch & Bingham’s office in Birmingham. “It was a great place to work. My colleagues were top-notch attorneys, some of the best in Alabama. The experience I received there was invaluable,” she said.

Han served in both the labor and employment section and the litigation section, which ultimately became the basis of her practice today, as she continues to cover multiple areas of law.

“At Balch & Bingham, a typical case for me might be representing a public utility in matters like trespass actions and boundary disputes. I worked mainly the defense side, but occasionally I did plaintiffs’ work for the entities represented by the firm.”

Following a decade at Balch & Bingham, Han established her own legal practice in 2016. A good friend, Brooke Everley, had started her own practice under the umbrella of Birmingham’s Red Mountain Law Group. Inspired by Everley, Han liked the fact that she could work for herself, have daily contact with other attorneys and share support services in a common office setting.

“Both the idea of personal autonomy and joining this particular group appealed to me,” she says. “The member firms of Red Mountain Law Group work together in a setting akin to a small firm. We have each other as referral sources and can assist each other on cases. The collective knowledge of these experienced attorneys is such a valuable resource – it’s wonderful to be able to bounce ideas off one another.

Despite the demands of a busy practice, Han remains involved in her community She stays connected to the arts and serves as vice chair on the board of the Virginia Samford Theatre in Birmingham. Han is involved with the women lawyers section (which she chaired in 2016), and solo/small firm section of the Birmingham Bar Association, as well as the Birmingham Inn of Court. She currently serves on the Alabama State Bar Committee regarding the unauthorized practice of law and the Alabama State Bar Health and Wellness Task Force, which focuses on enabling lawyers to achieve balance and maintain good health.

After more than a decade in the practice of law, Han has established herself as a successful attorney – and more. A wife and a mother of two, Han has balances her successful career and family life with the creative outlets she has always enjoyed. She still sings and plays piano and guitar in her downtime.

To relieve stress, Han also turns to trail running and yoga. “I run in the early morning or go to yoga classes during my lunch break as time allows,” she said. “Exercise always helps me focus on the tasks ahead.”

With family and practice in place, Susan Nettles Han values balance in all aspects of her life. “I thrive on the interaction with my clients and going to court, and I relish the time I spend taking care of myself and my family.”

“It’s a full life,” she added, “but I wouldn’t have it any other way.” Jason Rhodes