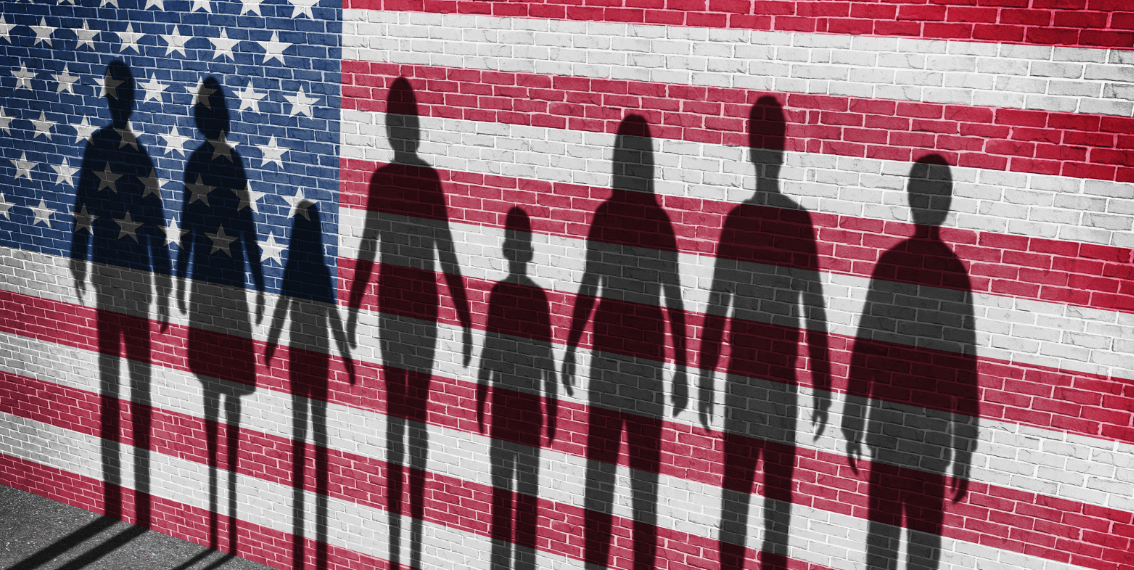 While this administration has yet to construct a physical barrier between the United States and Mexico, it is building a metaphysical wall of fear via its executive orders and actions by the Department of Homeland Security. The paradigmatic shift in immigration policy expresses that most immigrants are not welcome in the United States.

The executive branch has sought to deport immigrants in record numbers and discourage immigration into the United States. In the name of national security the government overtly barred U.S. entry to certain religious or ethnic groups, yet it detained and subjected hundreds of travelers that were not part of these groups to coercive tactics. It is apparent that the new government’s immigration enforcement policies are primarily designed to target American “illegals” that originated south of the border.

DHS recently announced its enforcement priorities are not limited to non-citizens with final orders of removal, but also include those who have been charged with or convicted of a crime, and those who have committed acts that constitute a chargeable criminal offense. Therefore, the mere act of entering the United States without inspection is a chargeable criminal offense and a priority for deportation. People who have engaged in fraud in connection with any official matter before a governmental agency are also prioritized for enforcement. It just happens to be the case that the vast majority of undocumented Mexican and Central Americans in the United States have either attempted to enter without inspection or with false documents. Yet a mere overstay of a visa is not an enforcement priority.

Across the United States, ICE has encouraged and recruited the help of local law enforcement agencies. A clear consequence of these actions is that immigrant communities will refrain from reporting crime in fear of the municipal police. ICE officers routinely identify themselves as police officers causing more public confusion.

The angst in the immigrant community is having a significant toll on children. Millions of U.S. citizen children born into immigrant families worry about being uprooted from their homes, or being separated from their parents. Today, immigration attorneys across the country are discovering that their clients and their children need extensive psychotherapy.

DHS should consider the best interests of children when enforcing the law. However, there is no evidence that DHS considers how children will deal with an expeditious removal of a parent. The DHS has not outlined any policy regarding the protection of children. “Best interest of the child” is a phrase generally referred to by state family courts when determining the custody and visitation of children. The child’s ultimate safety and well-being are paramount considerations and all decisions must be made with the ultimate goal of fostering and encouraging the child’s happiness, security, and mental health. Under the minimum standards of the United Nations Convention on the Rights of the Child, Governments have a responsibility to take all available measures to make sure children’s rights are respected, protected and fulfilled. However, the United States is not a signatory to this charter.

Notwithstanding objections from certain judges in different states, DHS officers have gone to the state court houses to arrest individuals, discouraging fearful immigrant defendants, victims and witnesses from appearing at court hearings; these actions cause distrust in the immigrant communities. Los Angeles, for example, recent statistics reveal a significant drop in the reporting of domestic violence and sexual assault crimes amongst Latinos.

Current DHS enforcement priorities run counter to the national interests in deterring crime and protecting victims. Criminal activity against the undocumented is often unreported due to the fear that ICE will be alerted. Perpetrators of these crimes are not deterred knowing that their victims fear ICE and the police.

For over 20 years, local and federal governments have made great strides to protect the vulnerable immigrant community. Yet, the current DHS policies threaten to reverse the accomplishments made by previous administrations. Congress has passed numerous bills to curb crime utilizing immigrant witnesses. For instance, in 1994, Congress passed the Violence Against Women Act (VAWA). It was expanded in 2000, and again, in 2005 creating the U visa, a nonimmigrant visa category for cooperating victims of serious and violent crimes. The U visa protects those folks who have suffered substantial mental or physical harm and have cooperated with law enforcement. The primary purpose of the U visa is to create trust with the government and to remove the fear associated with reporting violent crimes. Currently about 70,000 applicants are in the queue awaiting the approval of a U visa. Not knowing if they are subject to the new enforcement priorities many of these applicants are living with acute anxiety.

The new DHS directives are forging a wall of fear and mistrust with serious consequences. The rights of all people are indispensable to the fabric of this nation and there should be a push for reasonable immigration reform. Alan Diamante