9 Tips for Dealing With the Bully in Mediation 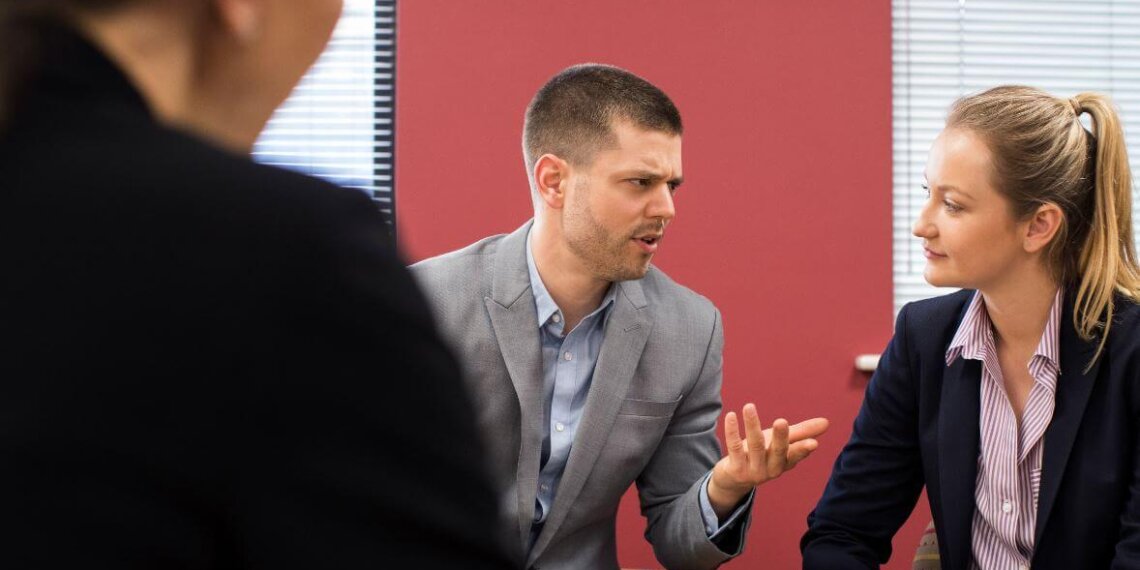 If you have practiced long enough, you have experienced the “bully” lawyer or client in mediation. Using intimidation, threats, manipulation and ridicule, they control the environment and unbalance the power.

Examples of Bullying in Mediation From Clients

In one mediation, a defendant in a class action offered nuisance value, then stood up and said he was leaving. His lawyers had warned me in advance of the mediation that he was a bully. He repeatedly resisted their advice and threatened not to pay his legal bills. As he packed up to leave, his counsel shot me a look that said, “See? We warned you.” I asked permission to meet with him separately. They agreed, relieved that they did not have to deal with him.

He began railing about the costs of defense, vehemently complaining that he had spent hundreds of thousands of dollars on legal fees. I stopped his rant by physically placing my hands on his upper arms, forcefully telling him to listen to me. I asked him, “Do you want this to continue? Because you will be out two to three times that amount if you don’t get this case settled.”

“Yes, of course, but I don’t know why I should pay for something my manager did that I did not know anything about!” I explained the principles of agency law, told him he would lose that argument 100 percent of the time and told him he was free to leave – but if he wanted to get this case settled, he had to give me an offer of $100,000. I told him it would not settle the case, but it was a legitimate start and if he did that, I would stay with the case over the next week or two to get a counter and get it resolved. He spoke to counsel, agreed to offer the $100,000 and stormed out. We resolved the case over the next few weeks.

In another mediation, a defendant who had flown in offered $400,000 in response to a $5 million demand, then left without notice when the mediator was meeting with the plaintiffs. His counsel profusely apologized and said she had no idea he was going to do that. I promptly called him, “Where are you? We are in the middle of mediation!”

“I am on my way to the airport. I had no intention of settling this today, I just came to put out my number. I did that, so I left,” he responded.

The case ultimately resolved after a second mediation, a full year later.

In one case, defense counsel spent over an hour extolling his own virtues, rattling off a litany of his past successes. He then produced a 10-page document outlining a million-dollar counter-claim he intended to bring against the plaintiff and spent significant time detailing this threat. After five hours, still no offer – or demand, for that matter – was forthcoming. Plaintiffs became extremely frustrated.

The matter was not going to settle because the lawyer had a different agenda. His apparent intent was to convey, “You had better settle this on favorable terms because you will have to mess with me!” His goal was solely to intimidate.

The solution in that case? Ending the mediation. The case later settled, through direct settlement discussions with different counsel.

So What Steps Can You Take?

Don’t expect to change the bully. Real bullying is a deep-set aspect of that person’s personality and you will not be able to change it. Bullying is not about you, it is about the other’s need to control. You can only control how you respond. Remind yourself that you have options.

If you know what you are dealing with, warn the mediator in advance. Forewarned is forearmed and the mediator can assist in de-escalating bullying antics.

Check your assumptions. What is motivating this behavior? Is it pure desire for power and control, designed solely to intimidate and coerce or is it part of a negotiating strategy? If the agenda is not to resolve that day, but merely to set an anchor to a low or high expectation, it is easier to accept that as a process point and move on.

Test their bluff. Communicate through the mediator that you feel their actions are extreme and not helpful to the process, but that you came to try to resolve and intend to make a reasonable offer. See if you get a response you can work with. If not, have the mediator inform them that you are leaving, but that you are open to continued discussions in the future should they desire.

Don’t respond. Have the mediator inform them that such an offer is simply not one that you are prepared to respond to.

Don’t lose confidence in yourself. The bully may be temporarily beating you at a mind game, but this will not affect your actual ultimate success in the case. Remember that power dynamics shift; one ruling on an MSJ can change everything.

Seek advice from a seasoned mentor. Find someone who has worked with this person or type of person before. A very experienced lawyer once told me that when he deals with a particular bully, he does not take his calls. He only deals with him in writing to avoid the inflammatory accusations that the bully lawyer tended to make every time.

Document everything. Just in case you end up in front of a judge in a motion for sanctions.

Do great work. In mediation, this means that you should follow a process that leads to making a reasonable offer, so that you and your client can leave knowing you did your best. And if no resolution occurs, do great legal work. Success is the best revenge. Amy Lieberman