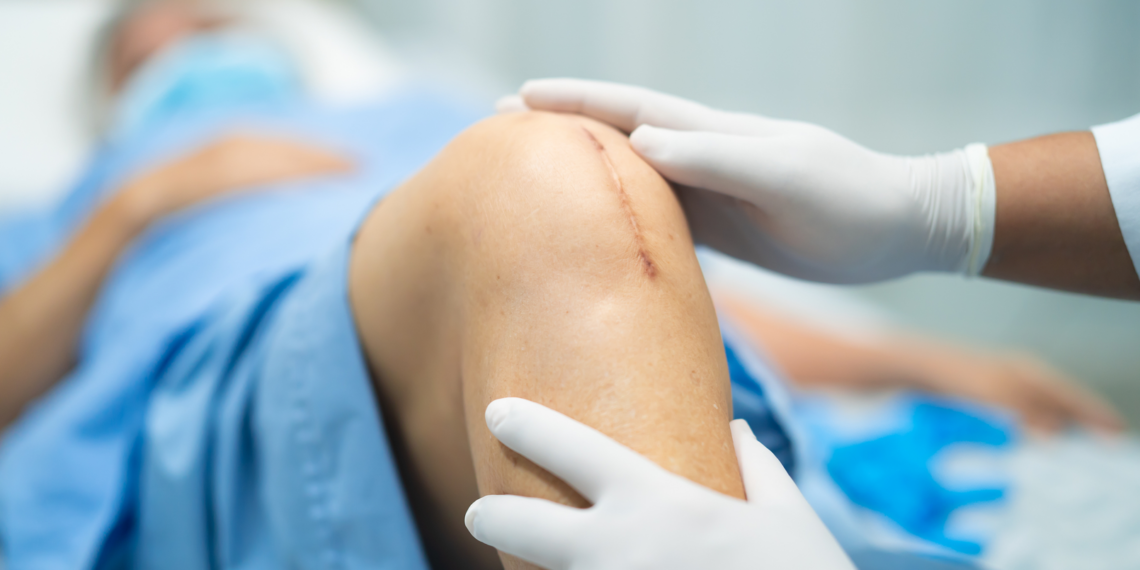 A total knee replacement (TKR) is a common surgery used to treat degeneration of the knee joint due to age and arthritis.

Projections estimate that by the year 2030, there will be approximately 3.48 million total knee replacements performed every year. These surgeries generally enjoy a great deal of success. According to the American Academy of Orthopaedic Surgeons, more than 90% of patients who receive a TKR experience less pain than before surgery.

Despite becoming more commonplace, TKR surgery is complex and requires a great deal of skill and attention to detail. Even with advancing techniques and highly skilled surgeons, approximately one out of five people that undergo a TKR will be unsatisfied after their surgery.

The knee implants used in TKR surgery are designed to last at least 15-20 years. However, many patients have reported experiencing early wear and failure. This can lead to revision surgery (sometimes multiple surgeries), pain, decreased mobility, and loss of quality of life.

One major indication that an implant may be defective is failure and need for revision within the first 10 years after the initial replacement surgery. Commonly reported symptoms of knee implant failure include:

Tens of thousands of these defective devices have been recalled, but many were already implanted into patients. Even without a recall, certain knee implants have been associated with higher risks of complications after surgery.

Advocacy groups reviewed the Food and Drug Administration’s (FDA) medical device databases and found a total of 784 recalls related to knee replacements between 2003 and the present. These recalls include over 250,000 issues related to package and labeling, the knee implants themselves, and the tools used during the surgery.

One possible explanation for the number of recalls is that many manufacturers rely on the FDA’s Premarket Notification process. This allows device makers to show that their product is “substantially equivalent” to similar products, skipping more rigorous testing.

This doesn’t absolve device manufacturers of their responsibility to ensure their products are safe and effective. Manufacturers must also warn providers and consumers about known defects in their devices and the risk of potential harm.

Four medical device companies currently dominate the lucrative knee replacement device market. The first lawsuits over defective knee implants were filed in 2017, but many more have followed. The most common issues cited in these cases include:

Loosening: The most common complaint. A failure of the cement used to attach the implant to the patient’s leg bones can cause swelling, trouble moving the joint, and an unstable knee.

Faulty design: The implants were prone to fracture. The included surgical tools had design flaws that sometimes allowed them to fall into the surgical site.

Improper fit: Surgeons may have to force a component into place which could result in damage to the implant.

Packaging errors that affected the sterility of the components and tools.

Medical device manufacturers are responsible for the appropriate manufacturing of their products and monitoring them after FDA approval. However, critics have argued that the FDA approval process doesn’t do enough to keep unsafe devices, such as defective knee implants, off the market.

Patients who experience complications due to these defective implants are more frequently seeking compensation from manufacturers for their medical expenses, lost wages, and pain and suffering.