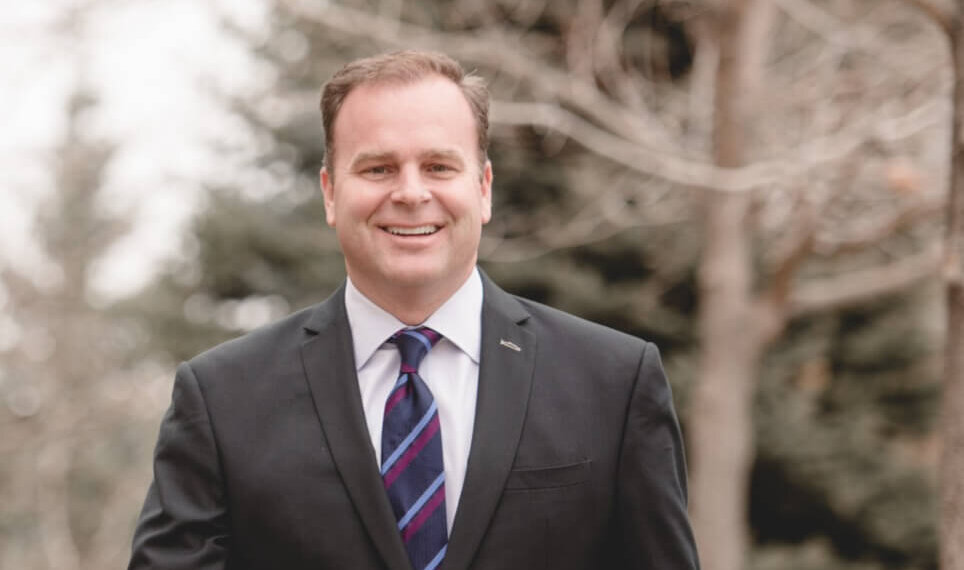 Today, Jonathan K. Hansen, a partner at Hansen Black Anderson Ashcraft, is highly regarded in both the legal and finance communities; considered to be a focused, decisive and goal-oriented professional. However, as an undergraduate at Brigham Young University, the younger Hansen had no clear vision of his future or career path. That is, until he registered for a class called, American Heritage.

“It covered a lot of American history, politics and economics,” he says, “and a light turned on. It was kind of an awakening, something for which I seemed to be pre-wired. I turned all my attention to preparing for a career in business and law.”

It was also during his undergraduate years that he met his wife, Amelie. Each had decided to take some time off from school and gain some real-world work experience. But they kept it all in the family; Hansen ran a business for his older brother, while she worked as a dental assistant for his brother-in-law’s father. They both returned to school, only to take another short break in the fall of 1994 to be married.

“It was right in the middle of the semester,” Hansen says. “We returned from our honeymoon just in time for me to nearly fail an economics exam. I had to ace the final to redeem my semester grade.”

Simultaneously pursuing his law degree and MBA, while supporting his young family was challenging. Hansen describes this time as, “intense and demanding, but also brilliant.”

“I was a full-time student in both programs for the first two years,” he says. “We spent a summer in Minneapolis to do an internship at U.S. Bank, but then I began working part-time with a venture capital group. They treated me very well, which helped lessen the sting of my student loans. It was very engaging work and a time of tremendous growth.”

Completing his graduate studies, Hansen received his Juris Doctor with a concentration in business associations and his MBA in finance. Returning to Utah, he turned his full focus on his family and business, both of which were growing rapidly.

The children were growing as well, and, as a family, the Hansen’s took advantage of all the outdoor activities Utah affords. “We’re definitely an active, outdoors family,” he says. “We love living in Utah, and spending time at our cabin is one of our favorite things. Our kids know how to throw tomahawks, chop wood and ride motorcycles.”

Having explored and exercised his strength as a businessman, it was time to work out and develop his other career muscle, in law. He went into training, preparing for the bar exam. By now, the family had expanded considerably, so finding the time to study became increasingly challenging. Five children proved no obstacle; rather, a source of inspiration.

“I did whatever I could to get in study time for the bar,” he says. “My oldest son had a snow-blowing route in our neighborhood, and we really had some heavy snow that winter. He was sick for two weeks, and it fell to me to maintain his route. So, I’d be out there at midnight with my headphones, listening to bar exam lectures while blowing snow.

“Actually, it was pretty awesome. You sort of have this manly feeling being out there, pushing snow around in the dark, but you’re also getting a lot done – studying while you work,” he continues with a laugh. “And, being a loving dad, I only took a small cut of his earnings!”

Accustomed to juggling many responsibilities, it seemed natural to Hansen that launching his law career shouldn’t have to infringe on his existing business. But, that’s not quite how things worked out.

“I thought I would continue putting deals together while practicing law on the side,” he says, “but once I started practicing, I realized people really don’t want a part-time attorney. Once I really committed, my practice grew rapidly.”

However, the two areas of expertise do blend well. In fact, his extensive business experience enables Hansen to offer clients unique insights as a person familiar with the pressures, constraints and complexities of operating a business.

A few years ago, Hansen further expanded his practice to include estate planning and asset protection. “It’s a very different area of law,” he says. “As far as the substantive law, it’s not an area that a corporate lawyer typically knows. It’s been fascinating for me, and I think very helpful for my clients. I can sit at the intersection of business transactions, real estate investments, and estate planning. So, it’s a very integrated approach to taking care of clients.”