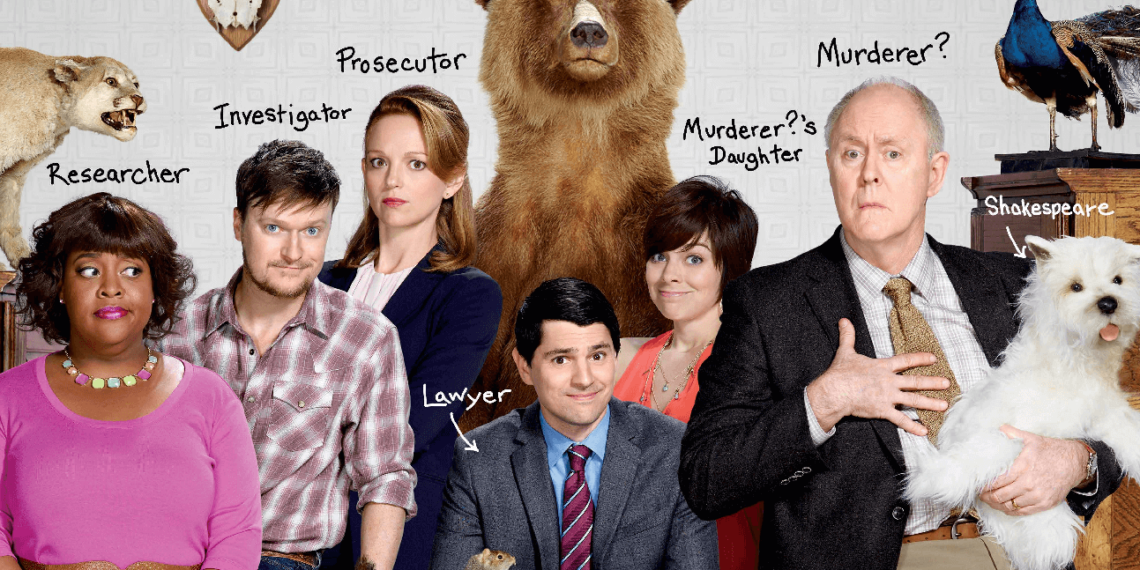 Hollywood has always been enthralled with the legal community. From the days of “Perry Mason” and “How to Kill a Mockingbird” all the way to the present moment when we are offered with every type of legal show from “Making a Murderer” to every version of “Law & Order.” Local attorney Lou Shapiro now joins in the ranks of attorneys before him to help a television show keep the law as close to reality as possible.

AALM: How did you become the legal consultant for the show?

Shapiro: It’s a funny story actually. Every Shabbat at the end of the temple services, I make the community announcements — Mazal tovs, congratulations, welcoming visitors, etc. I always open with a joke and make desperate attempts to make an otherwise bland monologue somewhat funny. Jeff Astrof, the executive producer of the show, and naturally funny individual, happened to be in attendance and was tickled but not humored of course by my comedic efforts. I think he panicked when he found out that I’m a criminal defense attorney turning comedian, so he figured if you can’t beat ’em, join him.

Shapiro: It’s a murder-comedy, starring John Lithgow, who plays a defendant named, Larry, who is accused of killing his wife in a small town. A big-city young criminal defense attorney that is forced to work with a new staff and investigator represents him. At first it seems like a hopeless match. But as the trial proceeds, a functional dysfunctionality evolves, which makes for great belly laughs and entertainment. It’s a cross between “Making A Murderer” and “The Weatherman.” It’s debuting March 7, 2017, at 9:30 p.m. on NBC.

AALM: What services do you provide to the show?

Shapiro: My goal is to strike the right balance between staying as true as possible to an actual trial (i.e., rules of procedure, motions) while simultaneously allowing for the presence of unconventional comedic material. I have taken the actors and writers to court with me to observe hearings and introduce them to prosecutors and court staff . You’ll notice that even the security entrance into the shows court-room looks remarkably similar to an L.A. County courthouse entrance. So much so, I instinctively began to remove my belt when I walked through it on set.

AALM: What have you gained from your participation?

Shapiro: I have newfound respect for comedy writers. On the first day in, I was in a boardroom with about 30 writers, most of whom are ivy-league educated and are a lot of funnier than anyone I have ever encountered. Legal and procedural questions were thrown at me like rapid-fire. Every answer I provided was followed up by several more intelligible and challenging questions. Had I known it was going to be that intense, I would have invited Dean Erwin Chemer-isnky along. It obviously requires incredible talent to write for television. Seeing it first-hand really brings that appreciation to life.

AALM: Are you happy with the experience?

Shapiro: Absolutely. I knew I would enjoy participating in this project. My only original hesitation was that I didn’t want it to interfere with my practice. Fortunately, technology makes it really easy to quickly communicate and to facilitate our goals. It was fun, challenging and actually helped my practice — the questions posed always keeps me on my toes. I am really thrilled to be part of this venture. It’s the first of its kind and I love taking risks.