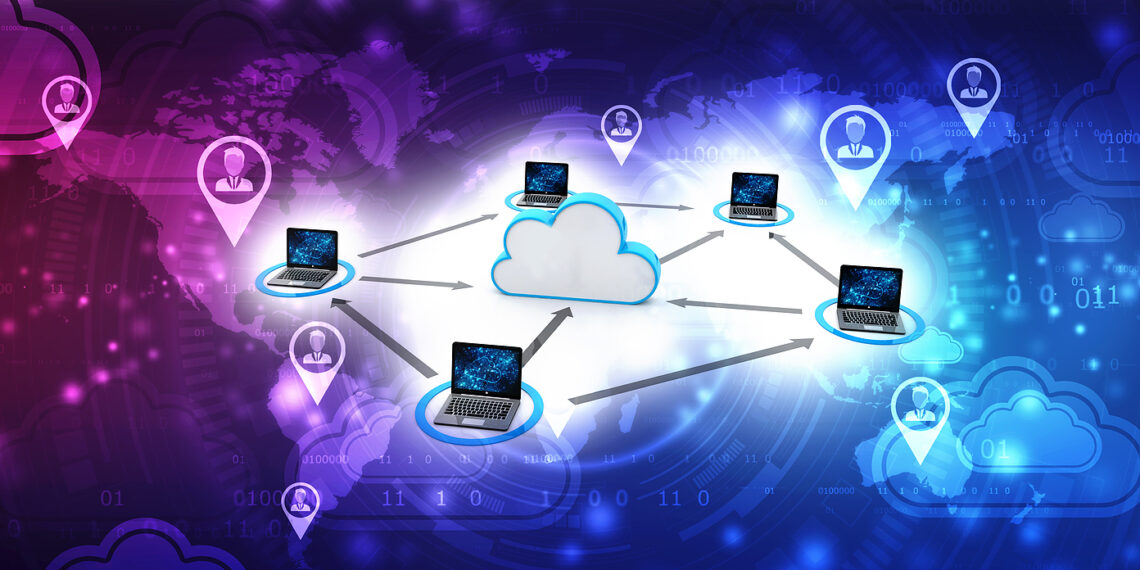 Arizona Superior Courts are embracing digital technology. The first in the nation, Arizona Courts are exploring the myriad advantages of utilizing Digital Evidence Center, an innovative cloud-based court exhibit and evidence sharing platform. Created by Thomson Reuters, this advanced platform enables courts to facilitate virtual, in-court and hybrid hearings more efficiently, and will ensure improved and continued access to justice for the people of Arizona throughout the pandemic and beyond.

Attorney at Law Magazine recently sat down with Administrative Office of Arizona Courts Director, Dave Byers who has been instrumental in both researching and bringing this new technology to the state. Byers expressed enthusiastic optimism that this advanced technology will save time and money as well as helping to dramatically expedite many court proceedings while preserving privacy and security.

“While the timing couldn’t be better, this project is not a direct result of the pandemic,” Byers clarifies. “This is something that has been in process for a few years, although virtual hearings have added a whole new need which Digital Evidence Center addresses beautifully.”

According to Byers the genesis of this dates back nearly three years ago. “The court systems around the country have the Joint National Technology Committee, which I serve on,” he says. “We took up the topic of how courts are going to receive, manage and store the onslaught of digital evidence that’s coming our way because of the explosion of police bodycams, webcam and smart phone videos etc.

“We recognized this growing amount of evidence that would be coming our way and courts had never had to deal with that,” Byers continues. “This resulted in a white paper outlining things that had to be considered. We then in Arizona stood up our own Digital Evidence Taskforce headed up by Court of Appeals Judge Sam Thumma. The task force effectively fleshed out all of the specifications and business requirements we would need for a digital management system.”

Based on these results an 18-month search began to find a system that could meet all of these requirements. According to Byers, that system was Digital Evidence Center, formerly known as CaseLines.

“We have been sharing the potential of this technology with various tech executives around the country,” says Steve Rubley, President of the Government Segment of Thomson Reuters, “Dave was the first one to lean in. He had been researching such technology long before COVID, but the pandemic has shown that the court process has changed forever. The court system needs a solution that can offer secure, collaborative access, meet the demands of remote working and streamline the court process. We are thrilled to be working with the state of Arizona to help them maintain access to justice and eliminate backlogs in the court system.”

While the pandemic has certainly heightened our awareness of the need for more sophisticated technology, the need for such a system was already apparent.

“Our Superior Court in Maricopa receives ten thousand exhibits a month,” says Byers. “You can double that number for the state. It’s always been a problem. Courts receive paper, thumb drive, CD Rom and even hard disk, which all go into an evidence box, then to court. After the trial, it’s got to be stored sometimes for up to 50 years, because you might have an appeal.

“The problem, when you have digital evidence stored on a thumb drive or CD, how are you going to play that in five or 50 years? Technology changes. We no longer have 8-Track or VCRs anymore, so the problem is obvious as we look to the future.”

And then came COVID. As adaptable to the problems of storing and accessing mountains of evidence, the new platform proved to be ideally designed for the ensuing complications of the pandemic as Byers points out.

“Now, all of our court proceedings are pretty much virtual,” he says. “In a virtual hearing you have the added problem of litigants getting evidence to the judge and those involved in the case. Without some kind of system like this, typically there will be delays and rescheduling while evidence is somehow delivered in this new ‘no contact’ atmosphere.

“With this system, you can simply take a picture of the evidence and immediately upload it into the Cloud and it’s displayable to all parties on the hearing. The same is true whether it’s an eviction hearing, family law divorce or child custody, it enables the litigants to easily get evidence to the court and others involved.”

The pilot program introducing Digital Evidence Center to Arizona Courts has already launched in three superior courts in Maricopa, Pima and Mojave counties and will soon be operating in an additional three limited jurisdiction courts including Maricopa Justice Court.

“We’ll be able to test the system in a wide variety of cases,” says Byers, “not just felonies, but civil lawsuits and even traffic cases. Once it’s working in those six, and we have the training and technology down, then we’ll open it up to all Arizona courts.”

While being referred to as a “testing” period, Byers expresses confidence that results will not only prove positive but possibly exceed expectations. As he explains, this is not the first time Digital Evidence Center has been utilized by a court system.

Built specifically to meet the needs of courts, the platform was developed in the U.K. and has been in use there for at least six years. According to Steve Rubley, president of the Government Segment of Thomson Reuters more than 25,000 lawyers and court officials as well as 1,500 judges throughout 25 countries are currently using the platform.

It would seem there is an abundance of features to recommend the new digital platform in not only helping to keep a steady flow within the courts but also in terms of long-term storage of evidence. But Byers points out additional facets of this tool that have impressed the courts as well.

“As part of our due diligence we contacted people in the U.K. and the judges rave over it,” he says. “One of the reasons the judges like it, is because it OCR’s all of the digital evidence which makes everything word-searchable.

“If you’re a judge and have a civil trial you might have a thousand documents in evidence, and if you want to go back an find one specific piece you can do a word search and it pops right up,” he continues. “It’s obviously a tremendous time-saver when they are writing an opinion or judgement.

“Also, we’re going to have a backlog of cases for a while, and we hope this will be one component that will help speed things up to get rid of that backlog. Arizona prides itself on being on the cutting edge of innovation within the Courts and the engagement with Thomson Reuters will help us manage the backlog of cases in the court system, better manage virtual hearings, and allow us to establish a digital evidence system.”