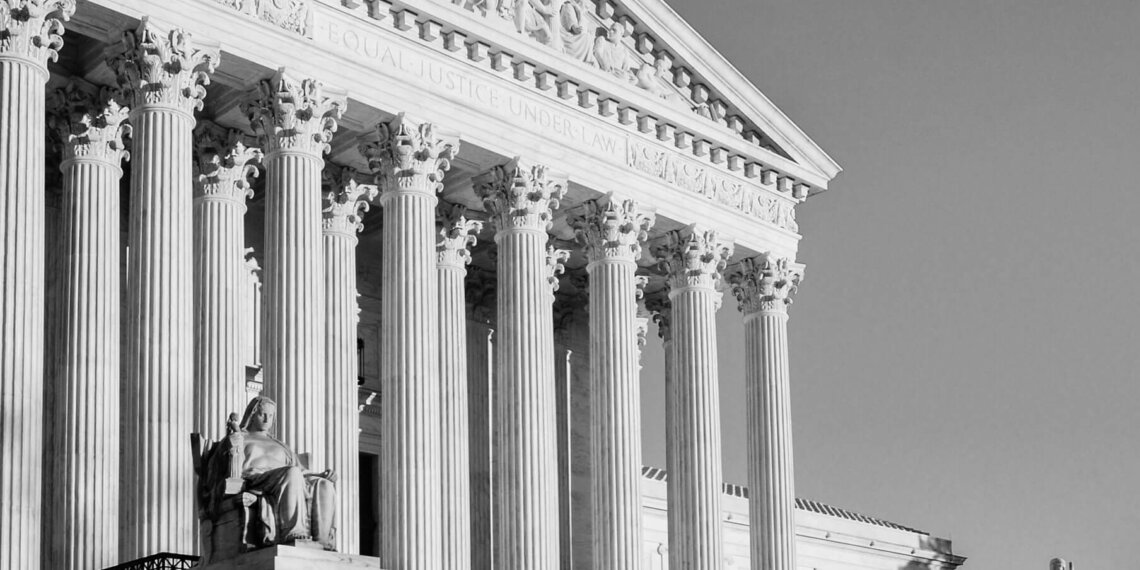 A case dating back to October 2016 in Sonoma, California, involves an incident that now has the Supreme Court divided.

After driving home one night, defendant Arthur Lange was accused of playing his music loudly and honking his horn multiple times. This display of noise alerted Officer Aaron Weikert who believed Lange’s driving behavior violated California’s vehicle code. Officer Weikert followed Lange, waiting to pull him over for a traffic violation. Once in Lange’s neighborhood, however, Officer Weikert turned on his overhead lights. Unaware of the officer behind him, Lange pulled into his home’s garage and closed the door behind him. As the garage door began to shut, Officer Weikert parked in Lange’s driveway and exited his vehicle before stopping  the garage from fully closing with his foot. He entered Lange’s garage and began questioning him.

During his questioning, Officer Weikert asked Lange if he had noticed his lights and his presence. Lange replied in the negative. Officer Weikert reported smelling alcohol on Lange’s breath and charged him for a misdemeanor offense of driving under the influence.

At the trial, Lange argued Officer Weikert’s actions violated his Fourth Amendment right protecting him from unlawful search and seizures because Weikert entered Lange’s garage without a warrant or consent. The prosecutor argued that “Lange committed a misdemeanor when he failed to stop after Weikert activated the overhead lights and as a result, Weikert had probable cause to arrest Lange and was justified in entering Lange’s garage without a warrant.”

Three months later in January 2017, Lange was charged with two misdemeanor violations of driving under the influence of alcohol and with the infraction of operating a vehicle’s sound system at excessive levels. Once his charges were filed, the Department of Motor Vehicles (DMV) suspended Lange’s license for a year. Lange petitioned in civil court to have this decision revoked, and in January 2018, the court sided with Lange and found his arrest to be unlawful.

Two appeals later with lower courts agreeing Lange’s case fell under a lawful arrest with probable cause found by Officer Weikert, Lange continued to push for justice by petitioning the California First District Court of Appeal for a case transfer in April  2019. The court agreed to hear his case and once more affirmed Lange’s charges were legitimate. Despite the denials he had heard, Lange continued for one final push and brought his case to the Supreme Court.

The main issue in question is whether or not is it acceptable for officers to follow suspects into their dwellings for questioning on a minor offense, and whether or not Mr. Lange’s rights under the Fourth Amendment were breached.

Lange’s attorney presented valid arguments during his opening remarks, but the responses from the justices were skeptical. In his opening statement, Fisher stated, “First, the governmental interest in investigating minor offenses is not always or even usually strong enough to support home entries unsanctioned by judicial officers. As Judge — as Justice Jackson noted over a half century ago, and Judge Sutton stressed more recently, such invasions can be wholly out of proportion with minor nonviolent offenses, not to mention mere infractions, which are also swept up in the Court-appointed amicus’s rule. Second, as the numerous case — cases in the briefs demonstrate, there are many nonthreatening reasons why people sometimes step inside or continue into their garages when pursued by officers.”.

Chief Justice Roberts’ perspective on the topic was vastly different. He believed that knocking on the door of a suspect who has fled into his home could be potentially dangerous for the responding officer.

“The one thing you know is that the person inside is trying to get away from you, and, you know, if you go right up to the door and knock, there’s no reason to — you — you shouldn’t be concerned that he might swing the door open and have a — have — have a gun. And the alternative you suggest about, well, just, you know, you — you — you can go get a warrant, but, you know, it’s easier to get a warrant now than it was maybe 20 years ago, but you still don’t have any idea how long that’s going to take.”

Justice Samuel Alito was the first to offer support of Fisher’s argument. “…video shows there was no chase and Mr. Lange really didn’t flee.”

In his closing statement, Fisher argued people need to feel safe within their homes. Officers should require a warrant to enter someone’s property, especially for a minor offense. He cautioned the Court to remember that sometimes people “flee” under different circumstances rather than an innate guilty association with a crime.

Opposing the petitioner and representing the state of California, Deputy Solicitor General Sam T. Harbourt, mentioned in his opening remarks how “the government has a weightier interest in immediately pursuing and apprehending felony suspects, and a case-specific approach for misdemeanors would be more consistent with precedent and with the privacy interests underlying the Fourth Amendment.”

Justice Roberts presented one of the major concerns of the court when he posed how officers are supposed to draw a line between a misdemeanor and a felony while in pursuit of a suspect. Additionally, these lines vary state-by-state.

Justice Thomas agreed with the Chief Justice, believing it puts a greater weight on the officer to determine if the situation could be considered a misdemeanor or felony before following the prescribed response.

Justice Alito questioned Harbourt about his qualifications, questioning why he was representing the State of California in place of its Attorney General.

Harbourt’s closing remarks were simple and straight to the point. “Under a categorical rule by contrast, police could make warrantless entries based on probable cause of any misdemeanor, even for minor offenses like littering or loitering, whenever a suspect disobeys police and takes a few steps into his home.”

This decision will make tremendous strides in defining the rights of citizens under the Fourth Amendment and privacy laws. A verdict is anticipated by June.

Will this be the case that soon changes police tactics during a pursuit? Will the Supreme Court side with Lange after his years of appeals and petitions? No matter the final verdict, this is a case that will affect privacy issues for years to come.