5 Ways to Turn a Handshake into an Advantage 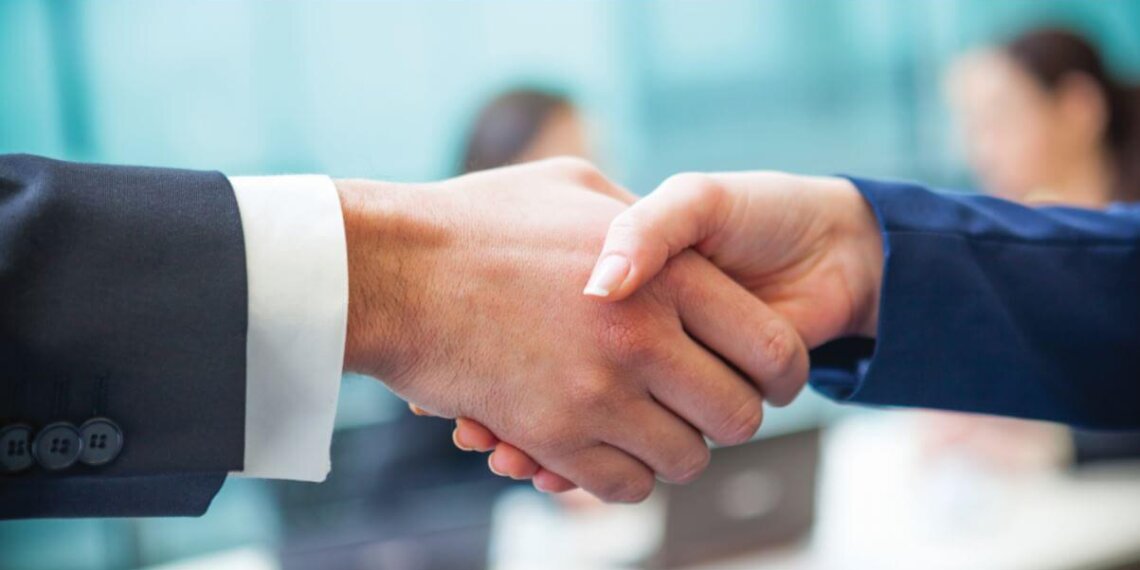 A handshake may not seem like a big deal when you are hyperfocused on a negotiation, settlement, or the outcome of a meeting … but it is. Recognize it or not, you are judged by your handshake. Your nonverbal communication – especially the first impression people have of you – builds a foundation for everything that follows. People make inferences about one another’s motives based on first impressions and it happens in an instant. According to Harvard Business Review, we only need 100 milliseconds to form judgments, including likeability, trustworthiness, competence and aggressiveness.

Here are five easy tips to turn this seemingly simple and mindless gesture to your advantage in your next case.

Take it from Harvard Business School professor, Francesca Gino. “Across many cultures, shaking hands at the beginning and end of a negotiating session conveys a willingness to cooperate and reach a deal that considers the interests of the parties at the table,” Gino writes in the Harvard Business Review. “By paying attention to this behavior, negotiators can communicate their motives and intentions, as well as better understand how the other side is approaching discussions.”

In one experiment Gino conducted, people were less likely to deceive one another if they shook hands before a hypothetical negotiation. They ended up with a more equitable deal than those who did not shake hands. In another experiment with a mock “hiring boss” and “job candidate,” each got more of what they wanted after shaking hands.

Always stand up when introducing or being introduced. It is a sign of respect and puts you, both physically and socially, at the same level as the other person.

Set a foundation of sincerity and trust by a solid greeting. In certain circumstances you may want to portray energy and enthusiasm with your greeting; in others, it may serve you to be more reserved and serious.

Tom Chiarella, fiction editor at Esquire Magazine, says that when you’re getting ready to shake hands, keep your body squared off to the other person. You want to fully face him or her.

It’s recommended that before you offer your hand, you offer your name. Offering your hand without giving them your name can make you appear either nervous or overly aggressive. Before I learned this, I had been inadvertently offering my hand before telling someone my name. Oops! Believe me, I don’t do it anymore.

You also want to make and maintain good eye contact. Never look down or away while shaking hands or immediately after. It can make the other person feel uncomfortable, which is definitely not what you want.

Some suggest that whoever is in the higher position of authority or of greater age offer their hand first. However, it’s also considered proper that the “host” at a meeting, negotiation or event should go first.

An etiquette expert I know says that 21st century business etiquette dictates that if a woman offers her hand, a man must take it. Apparently not so with two men; they can refuse to shake hands. However, if you do, make sure you’re clear on what advantage that gives you.

A handshake may seem ridiculously simple and straightforward, but think about how many times you’ve shaken hands with someone and had an uncomfortable or odd feeling. Maybe their hand was sweaty, weak or tentative. Think about how it affected your perception of that person. That’s the primitive part of your brain telling you something.

Here’s how it should go for maximum effectiveness: Your right palm faces sideways, perpendicular to the floor. That sends a message of equality and confidence. Palm upwards is a submissive gesture. Palm downwards or twisting downward sends a message of superiority. Your thumb is up and you slide your palm along theirs and gently wrap your thumb and fingers around theirs. Don’t cup your hand. It minimizes the contact and your impact.

Your shake should be firm, but not bone-crushing. No limp shakes, either. Absolutely, under no circumstances should you ever do the lady-fingers-cotillion-princess handshake with only the tips of your fingers. Renate Mousseux, an expert in body language, once told me this “cotillion” handshake means the person can’t make a commitment.

In business, the handshake should be only one hand. Your left hand shouldn’t cover the other person’s hand or grasp their elbow. Leave that to the politicians.

5. Three Seconds to Seal the Deal

The shake should last about three seconds.

If you’re paying attention to your handshake, you can make a strong first impression and set the stage for success. If you’re not paying attention, you could inadvertently weaken your position and your case. Deborah Johnson, MC