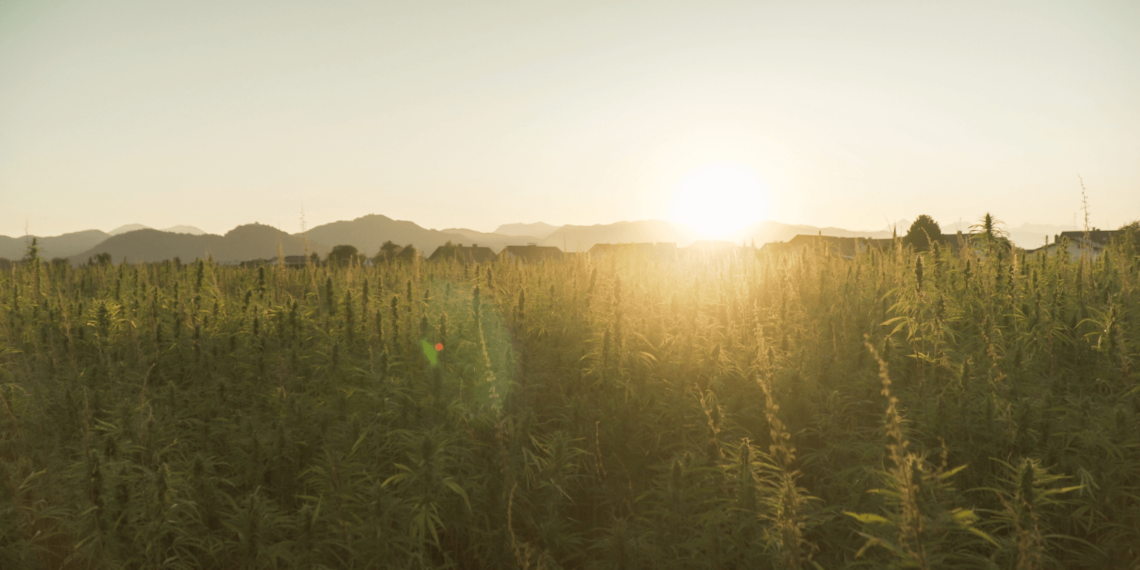 It’s been a big year for Phoenix commercial litigation attorney Brian Foster, who, as he puts it is “lengthening his stride.” Not only did this veteran lawyer announce the launch of his partnership with Dennis Wilenchik in January, it seems he’s also getting back to his Midwest roots. 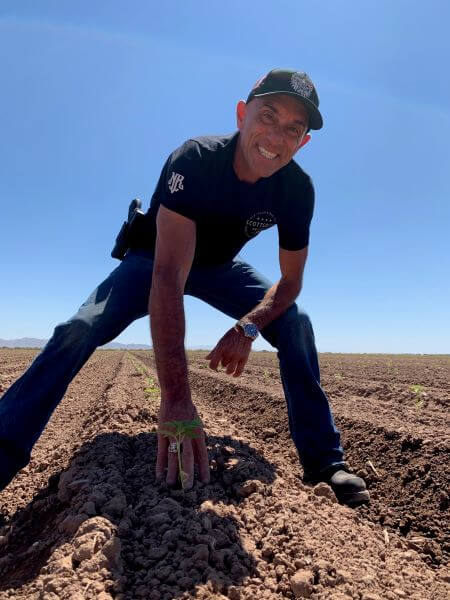 For most people that would be a figure of speech. Not so for Foster who is cultivating 250 acres of rapidly growing, healthy and eventually, very profitable hemp. While a sudden interest in farming might seem incongruous for an attorney of more than three decades, for Foster it’s a long-anticipated endeavor.

“It was an opportunity I wasn’t going to pass on,” says Foster. “I’ve always regretted not getting involved in the medical marijuana arena. I really wanted to, but the firm I was with at the time didn’t even take on clients who worked in that space, so I didn’t think they’d look too kindly on a partner who was a major grower. Since that time, I’ve been representing a lot of cannabis clients and when Governor Ducey legalized industrial hemp in the middle of 2019 I jumped on it.”

Foster, who has built a stellar reputation within the Arizona legal community, actually hails from the rich farmlands of Iowa.

“I’m basically a homegrown Iowan,” says the energetic lawyer. “I was raised in Marion, a small, agricultural town. I went to high school there and completed my undergraduate studies at the University of Iowa before earning my Juris Doctor at the U of I School of Law. It’s kind of funny because I grew up in this farming community but have made my professional life here in the desert. Now, here I am 30 years later and a dirt farmer!”

From Courtroom to Crops

“Two things I decided near the end of last year that I was going to start my own law firm and stretch my entrepreneurial skills,” he says. “This seemed like the perfect opportunity to do both. I did a lot of research, I didn’t just jump in and start writing million dollar checks, I did my homework first. I soon realized that there was such potential. First of all, CBD is such an amazing product, it relieves stress, anxiety, insomnia, pain-you know they’re putting it in everything now from energy drinks to pet food and cosmetics. The demand for CBD in 2019 was a three or four billion-dollar industry and it’s estimated to be a $25 billion industry by 2022.

Why would a boy from Iowa choose a hemp crop? According Foster there were three very practical reasons. “One, it is a good product that does not have THC in it, so I felt comfortable about that, two, it seems like a total moneymaker and three, it is kind of nice to get back to my roots.”

Not only was he raised in a farming community, Foster says he spent every summer working on farms. “From the time I was about 12 until I went off to college, that’s how I spent every summer growing up,” he says. “I’ll tell you, working 60 plus hours a week as a young kid, you develop a pretty strong work ethic. That’s something that I think has helped me to be as successful as I have been.”

After his extended research into the finer points of hemp crops Foster set about assembling an A-1 team of experts and experienced agronomists, horticulturists and old school hemp experts. The results are beyond even his expectations.

“Certainly, a lot of effort has gone into getting the crop to the point where we are now,” he says. “I feel like the team that we have is second to none. As a result, me and our company, Flor Grande, are actively being contacted regularly by others in the cannabis industry to partner or joint venture with us because of the very strong brand we’ve built. We’ve built a really fine-tuned machine and people in the industry see that.”

Recruited right from his Iowa law school campus by the prestigious firm of Snell & Wilmer where he was a senior litigation partner for more than 30 years, Foster’s practice has always focused on commercial litigation with an emphasis on real estate and business litigation, partnership and shareholder disputes as well as merger and acquisition, contract, sale of business and construction disputes. He is crazily busy now with commercial real estate litigation.  He also handles serious criminal and serious personal injury claims.

Due to his reputation as a highly regarded trial attorney, Foster is frequently called upon to offer insights or comments on various events in the news. A regular contributing commentator on Fox News 10 in Phoenix as well as the national Fox News Network, Foster’s expert opinions on such notorious cases as the Jodie Arias trial for which he made more than 60 appearances alone, are in constant demand.

“I think I’ve made over 160 appearances,” he says, “so I’ve talked about everything from Bill Cosby to Donald Trump, and everything in between.”

Sometimes Foster is part of the news himself, such as in a recent case where he is the attorney for Mariah Valenzuela a young, Hispanic woman who was brutally tackled and slammed on the ground after what was a supposedly a routine traffic stop. The entire incident was captured on video. But according to Foster, the abuse didn’t end there.

Launching a civil complaint against Officer McGillis which alleges false arrest and imprisonment Foster stated, “Given that he erupted violently after simply being told Ms Valenzuela didn’t have her ID, I have serious questions about Officer McGillis’s ability to function as a police officer.”

As he moves forward, branching out and flexing his entrepreneurial muscles, Foster expresses a renewed enthusiasm. “I can’t recall the last time I felt this excited or motivated,” he says. “One of he reasons I left my previous firm was because I wanted try something different and lengthen my stride. Right now I’m doing just that and am still 100 percent committed to continuing to grow my practice right along with my hemp.”