Who Is Really Listening in Conflict Resolution? 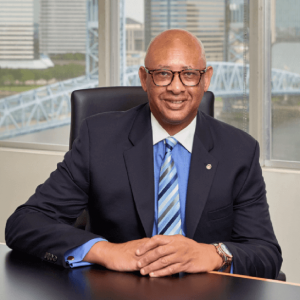 The ability to listen is one of the crucial skills needed to guarantee the successful implementation of a mediation process. In most cases, parties involved in a conflict do not naturally listen to each other and when they listen, they only do so to refute what the other party says. This situation frequently creates heightened emotions, which makes it difficult for the parties to communicate. For this reason, mediation sessions must be grounded in openness and retrospect, allowing both warring parties to effectively see things from the other’s perspective.

Firstly, mediators must be excellent listeners as they play an integral role in the mediation process. More so, they must have a deep mastery of their emotions, being conscious of the words used as the purpose of peaceful dialogue may be defeated if they are misinterpreted. A prolific listening ability enables mediators to be attentive to parties as they express their viewpoints and understand the unique train of thoughts that have conditioned individual parties to hold their respective stands in a conflict. Mediators must avoid giving in to prejudice fueled by partisan claims and negative actions to uphold a noble standard of judgment. Specifically, they practice reflective listening and in turn, help the parties to adjust their perspectives. It suffices to say that mediators should be active and passive listeners to effectively identify parties’ motivation while keeping the communication process flowing.

As aforementioned, the parties in a conflict equally need to be good listeners. In a conflict, the best outcome for involved parties is a peaceful resolution. This makes it quite important to listen more to a rival party to arrive at a consensus. Listening to a rival’s plight will enable each party to understand the other’s motivation. Listening is more effective when all parties exercise empathy as it helps them to eliminate all bias towards the other party. As much as each party seeks to explain their side of the story, they should be ready to listen and sympathize with the other party’s concerns, as this may help each party correct any existing misconceptions about the other party. Listening also helps the parties develop a rapport, which deescalates tense situations and eases the process of resolving conflicts.

Listening during conflict resolution sessions involves paying complete attention to the conversation. The mind must be intent at every point while listening and the audience should read between the lines, focusing on the context as well as emotions that drive the speakers. The listeners must deter all dialogues in their minds during the discussion and avoid making judgments in their thoughts. Another critical component of listening actively is the use of non-verbal cues. Participants of conflict resolution processes should use these cues to help them pay more attention to the subjects of the dialogues. For instance, maintaining eye contact gives the perception of sincerity and straightforwardness. When addressing an audience, it portrays confidence and genuineness to maintain eye contact while speaking in a composed but non-condescending tone. It is noteworthy that there are negative non-verbal cues to avoid especially in a conflict situation as they may escalate tensions amidst an existing conflict. Rolling the eyes, giving the finger, yelling, etc. are among the negative cues that could impede a mediation process. The little things matter even at a stage when a resolution is imminent. A single misinterpretation of body posture or facial expression could set back an imminent resolution. A simple handshake could be all it takes to seal a successful mediation, which is why the little non-verbal cues are important in a resolution process. Overall, when all stakeholders involved in a mediation use or avoid these non-verbal cues appropriately, they may help create a reassuring environment.

In conclusion, every participant in a conflict resolution process is essential to the success of the endeavor. To facilitate a peaceful resolution, mediators, as well as all stakeholders in a conflict, need to listen keenly during dialogues, engage with an open mind, set aside partisan beliefs and emotions, and strive to be tolerant. The goal of listening (actively, passively, and reflectively) is to establish a mutual understanding of the unique views of all involved parties in a conflict, and in turn, induce responses from rivals to properly address longstanding grievances and misconceptions across the board. Although this is not the only component of mediation, it is by far the most important precedent that will determine the outcome of the conflict resolution process.

Robert is a Certified Florida Supreme Court County, Circuit and Family Mediator. He has a passion for peacefully resolving family issues, eliminating workplace disputes, and improving workforce morale. Robert has mediated disputes and provided a party-centered healthy environment that focuses primarily on the needs, rights, and in-terests of clients.

A Conversation with Judge Ashley Wysocki