The Department of Justice announced today that it has reached a settlement agreement with Technology Hub Inc., an IT staffing and recruiting company based in Virginia. The settlement resolves claims that Technology Hub discriminated against both U.S. citizens and non-U.S. citizens with permission to work in the United States, based on their citizenship or immigration status during its recruitment process.

“Neither employers nor staffing agencies can exclude job applicants by advertising or implementing unlawful preferences based upon citizenship or immigration status,” said Assistant Attorney General Kristen Clarke of the Justice Department’s Civil Rights Division. “The Civil Rights Division is committed to enforcing the law to ensure that those who are looking for jobs are protected from unlawful discrimination.”

Based on its investigation, the department concluded that on at least four occasions Technology Hub sought and screened job applicants based on preferences the company and its clients had for workers with particular citizenship or immigration statuses. The company’s practices harmed workers who fell outside those preferences by deterring them from applying. For example, the investigation revealed that at least three times Technology Hub excluded asylees, refugees and U.S. nationals when advertising vacancies for only U.S. citizens and lawful permanent residents. The department further concluded that on at least one occasion Technology Hub discriminated against U.S. workers when it advertised a job seeking only H-1B visa workers.

Under the terms of the settlement agreement, Technology Hub will pay $12,000 in civil penalties to the United States, revise its policies and procedures, train relevant employees and agents on the INA’s anti-discrimination provision and be subject to monitoring for a three-year period to ensure compliance.

The Civil Rights Division’s Immigrant and Employee Rights Section (IER) is responsible for enforcing the anti-discrimination provision of the INA. Among other things, this law prohibits discrimination based on citizenship or immigration status, and national origin in hiring, firing or recruitment or referral for a fee; unfair documentary practices; retaliation; and intimidation. IER’s website has more information about how to avoid citizenship status discrimination in hiring and recruiting.

Learn more about IER’s work and how to get assistance through this brief video. Applicants or employees who believe they were discriminated against based on their citizenship, immigration status or national origin in hiring, firing, recruitment or during the employment eligibility verification process (Form I-9 and E-Verify); or subjected to retaliation, may file a charge. The public also can contact IER’s worker hotline at 1-800-255-7688; call IER’s employer hotline at 1-800-255-8155 (1-800-237-2515, TTY for hearing impaired); email [email protected]; sign up for a free webinar; or visit IER’s English and Spanish websites. Subscribe to GovDelivery to receive updates from IER.

View the Spanish translation of this press release here. 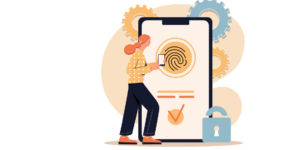 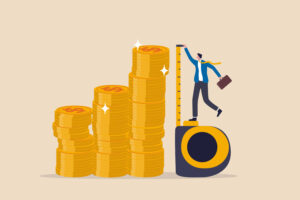