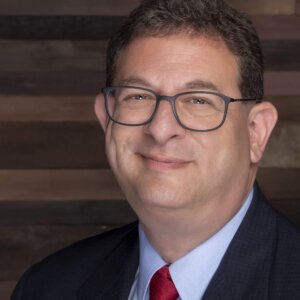 Attorneys as business owners suffer from the same employment- related issues—including litigation—as do other small businesses. The difference is attorneys should know better. There are five big reasons employees sue their employers: (1) unfair dismissal; (2) wage and hour violations; (3) retaliation; (4) harassment; and (5) discrimination. By following good practices, a business owner (including attorney business owners) can avoid these landmines.

As most attorneys are aware, Texas is a right-to-work state; however, that does not mean a law firm can terminate an employee for a discriminatory reason. Without proper documentation and having previously provided clear direction and expectations, an employee will assume there is a nefarious basis for any termination. Left to their own devices, most employees will assume their termination is for an illegal reason instead of examining their actions which may have led to the termination. While simple in theory, it can be difficult for any small employer, including many law firms, to avoid this trap. The following four steps can help prevent misunderstandings: (1) publish employee conduct expectations; (2) establish a progressive discipline process; (3) consistently apply policies and processes; and (4) honestly communicate issues to employees. Application of these recommendations can be difficult because keeping policies current and following those policies takes time, and it’s easier to avoid honest communication by simply firing an employee instead of providing honest information regarding the employee’s failures. However, documenting an employee’s failures and honestly providing good (and bad) feedback will help avoid an unfair dismissal claim.

NO. 2: WAGE AND HOUR VIOLATIONS

It is always amazing how many attorneys do not understand the requirements of Federal wage and hour laws. If an employee is not exempt, the employee must be paid overtime for any hours worked in a week over 40 hours. It is also important the law firm have a written policy regarding overtime, computation of the work week, and how time worked is submitted and verified. There are very specific requirements for an employee to be considered exempt. The sole fact an employee is paid a salary or agreed to accept a salary is not a viable argument. The cost of litigation can be greatly increased if the employer is found to have acted with malice, which could be extremely complicated for a law firm. The cost of fighting a wage and hour dispute, plus the risks of an adverse finding, can be incredibly expensive. As an example, an employer accused of mis-classifying a non-exempt employee as exempt often finds themself at a disadvantage in such a dispute because there are typically no records of the number of hours worked by a salaried employee. Therefore, the only information substantiating the number of hours allegedly worked will be the information provided by the employee. Typically, the employee will “remember” a large number of overtime hours for which no compensation was paid, and without records (also a potential violation) to controvert the claim, the employee’s remembrance may be given deference. Further, employees have the right to band together and bring their lawsuit as a common action. Taking the time to understand the applicable laws, keeping up with changes, and memorializing the basis for determining an employee is exempt can be helpful in the event of a future dispute.

Harassment claims have become more complex in a #MeToo environment. While historical actions that lead to a harassment claim still exist, there are many actions which may have been tolerated 20 years ago (even if they shouldn’t have been) which are now forming the basis for more complaints. Our firm always relies on, and trains our clients, the “videotape rule” as a solid basis for avoiding harassment claims. The videotape rule is simple: would you be comfortable being recorded and have it be played back in front of family and friends?If the answer is no, then it should not be tolerated in the workplace. Every employer should make it crystal clear that harassment and discrimination will not be tolerated. Beyond training, it is also important that a firm have a mechanism for any employee to report suspected harassment. Such a policy should also have a specific method of reporting if the chief officer of the organization is being accused of harassment. Once a harassment claim has been made, there should be a clear policy (1) to have the complaint investigated by an independent party, (2) decide whether harassment has occurred, and (3) if so, what corrective actions will be taken as a result of the determination. Complaints should be addressed promptly and proactively. It is also essential that any supervisor understand what harassment is and what to do about a complaint, even if the employee making the complaint asks the complaint not be investigated or documented. Having been asked on a number of occasions to investigate complaints aft er an employee attempted to withdraw a complaint, the supervisor did not treat the complaint seriously, or the employee asked the supervisor to keep the complaint to themselves, such actions will not make it better. Failing to report always has negative implications for the organization. When the person who received the complaint is an attorney, their failure to act will have significant adverse actions for the employer.

Discrimination claims are the last of the five big employment issuing facing law firms. Discrimination claims can be based on race, national origin, age, gender/sex, pregnancy, religion, sexual orientation, gender identity, or disability. Discrimination claims take several different forms. Understanding if an employee is in a protected class is the first issue which must be addressed. Discrimination claims can be intentional or unintentional. Sometimes the most difficult claims to address are unintentional claims, where the aggrieved statement or action is based on a claim of “concern” but becomes a viable basis for a discrimination claim. As an example, while not a law firm, the owner of the business expressed concern a pregnant female employee should be more concerned about her baby than seeking a promotion. The statement was reported to the EEOC which is seeking compensatory damages for the employee and other women in the organization. The cost of defending such a claim and addressing the EEOC’s concerns will be expensive. As with any other employment issue, a law firm can best address these types of claims by having solid, documented, and implemented policies that are consistently enforced.

Since the typical law firm in San Antonio has a small number of employees and does not have a formal human resources department, it is essential the firm has a current handbook with policies that are actually followed by the firm. Also, it is important each employee who qualifies as a supervisor understands their role and their obligations. Employee-related actions should be well-documented with a solid factual basis. If your firm is not familiar with employment-related issues, seek counsel from an expert that can provide a solid path to avoid litigation, investigate a complaint if necessary, and help the firm avoid an expensive and time-consuming legal action. James Rosenblatt

James Rosenblatt has been president of Rosenblatt Law Firm and chair of the transactional section of the firm since its opening in 2005. For the past 14 years, he has been providing legal and business consulting in the areas of asset protection, business, construction, contracts, employment, estate planning, mergers and acquisitions, oil and gas, real estate and trademarks. For more information, visit www.rosenblattlawfirm.com or call (210) 562-2900.