Today, the Department of Justice Bureau of Alcohol, Tobacco, Firearms and Explosives (ATF) “Frame or Receiver” Final Rule goes into effect. The new rule modernizes the definition of a firearm and makes clear that parts kits that are readily convertible to functional weapons, or functional “frames” or “receivers” of weapons, are subject to the same regulations as traditional firearms. This rule will help curb the proliferation of “ghost guns,” which are often assembled from kits, do not contain serial numbers, and are sold without background checks, making them difficult to trace and easy to acquire by criminals.

“Last year, the Justice Department committed to modernizing our regulations to address the proliferation of ‘ghost guns’ that law enforcement officers across the country have increasingly recovered from crime scenes,” said Attorney General Merrick B. Garland. “These guns have often been sold as build-your-own kits that contain all or almost all of the parts needed to quickly build an unmarked gun. And anyone could sell or buy these guns without a background check.

“That changes today. This rule will make it harder for criminals and other prohibited persons to obtain untraceable guns. It will help to ensure that law enforcement officers can retrieve the information they need to solve crimes. And it will help reduce the number of untraceable firearms flooding our communities. I am grateful to the professionals across the Department who worked tirelessly to get this important rule finalized and implemented, and who did so in a way that respects the rights of law-abiding Americans.

“The Justice Department will continue to do everything within its power to protect our communities from violent crime and put an end to the plague of gun violence.”

The rule, which was posted in the Federal Register in April, will address the proliferation of these un-serialized firearms in several ways. These include:

As the final rule explains, from January 2016 to December 2021, ATF received approximately 45,240 reports of suspected PMFs recovered by law enforcement, including in 692 homicide or attempted homicide investigations.

In April 2021, the Attorney General announced that the ATF would be issuing a proposed rule within 30 days to address the proliferation of unmarked firearms increasingly being used in crimes. On May 7, 2021, the Department of Justice issued a notice of proposed rulemaking, and during the 90-day open comment period, the ATF received more than 290,000 comments, the highest number of comments submitted to a proposed rule in the Justice Department’s history.

The final rule, as submitted to the Federal Register, can be viewed here: https://www.atf.gov/rules-and-regulations/definition-frame-or-receiver. 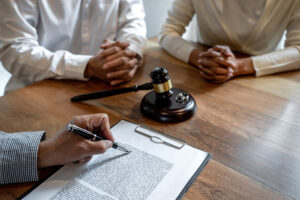 How to Keep Divorce Clients Happy 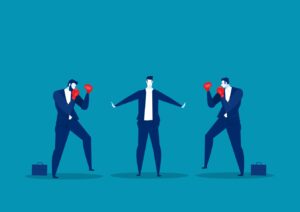