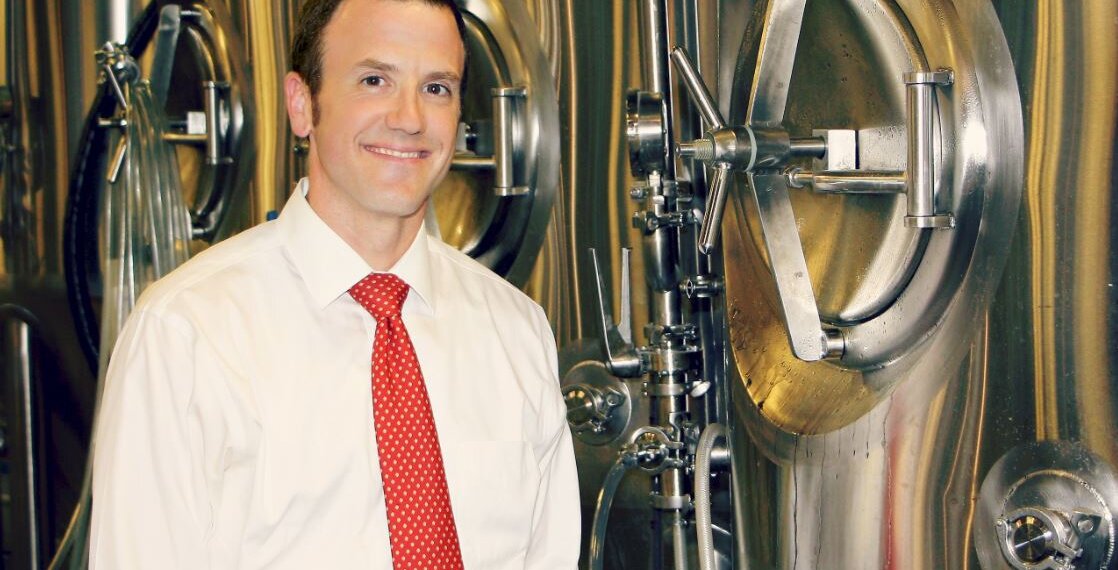 Sam Fleder: Crafting a Niche in the Beer Industry

“One of the greatest jobs I ever had was a summer job working for a beer distributor in Union, NJ when I was in college,” said Sam Fleder, an attorney with Raleigh-based Smith Debnam. “We did everything from delivering kegs to giving away free Smirnoff Ice at the Puerto Rican Day parade.” The experience laid the foundation for Fleder who recently expanded his law practice to assist craft brewery owners and other members of the alcohol-beverage industry with their increasing litigation requirements.

Fleder draws on his knowledge as a basement homebrewer, his experience as an entrepreneur, and his proven track record as trial lawyer and business attorney.

After graduating from Duke with a degree in political science, Fleder helped launch an internet marketing company in New Jersey. He then returned to school and earned an MBA and a Juris Doctor from Campbell University.

PLAN FOR WHAT COMES NEXT

“People who start in the brewing industry make the transition from homebrewer to business owner because someone told them they make really good beer. For many however, that initial leap only takes them three to six months down the road,” said Fleder. “Once they’ve made the transition, success requires a well-planned capital raise, putting together a capable team, and thinking long-term. They need to consider a variety of scenarios, such as: What happens if demand explodes? How would they scale up and have the capital resources in place to produce ten times the volume in the same amount of time? Is a plan in place to expand the physical space and hire more employees? What would this mean for the ownership group, and is everyone on board with these major decisions?

Fleder is fluent in business, eschewing legalese. “I try to evaluate client decision points, especially those that can escalate into potential disputes, from a ‘does this make sense from a business perspective,’ as opposed to ‘what is the right law school answer,’” he explained. “From a litigation standpoint, as these businesses grow and mature, they have increasingly more complicated and a wider array of problems, well beyond just, ‘how do I get from grain to glass.’”

As the number of industry participants grows, increasing conflict is inevitable. Brewers looking to expand their footprint enter into complex negotiations with sophisticated landlords and governmental entities, and must navigate myriad local building and zoning codes to grow their business. Construction litigation becomes even more complicated when the installation of specialized brewing equipment is involved. Sustained demand for craft beer means equivalent demand for experienced brewers and salespeople, and conflicts abound as employees move from company to company. All of these factors result in a slow but steady increase in the number of alcohol-beverage-related lawsuit filings. Fleder’s advantage is his combination of business litigation experience mixed with his industry prowess and mind for business.

“Business disputes and increased litigation are inevitable in any maturing market,” says Fleder. “If I can help sniff out and resolve a lawsuit before it is filed, the client can get back to production, and that’s a big win by any measure. Conversely, when a client finds themselves in a bet-the-business lawsuit, our litigation team is results-oriented and ready to go.”

North Carolina is home to 260 craft breweries producing 1.2 million gallons a year. It’s the largest craft brewing state in the south according to BrewersAssociation.org.

“Not everyone wants to sell to Anheuser-Busch, but the underlying question to brewery owners is, if you don’t want to be carrying around 55-pound bags of grain when you are 75 years old, have you thought through who will be doing it for you? It’s important to consider what you want your business to look like in 10 or 20 years. It’s easier to start planning for these issues early – especially when you have business partners, or will likely take on additional equity in the future. Otherwise, you risk going through the due diligence process, with a growth partner or capital resource, using corporate documentation you scratched together in fifteen minutes because you had to start making beer.”

CONNECT WITH THE COMMUNITY

Fleder carves out time on the weekends to visit and support local brewpubs. “On-premise customers translate into the greatest profit margins for most brewers,” said Fleder. “What could be better than spending a Saturday afternoon on a brewery patio, catching up with friends while sampling a brandnew beer creation and supporting a neighborhood business?”